A public utility district established in the 1934 in rural Washington, the Benton PUD, blows the whistle on exactly what is wrong with wind.

Benton County is located in Southeast Washington with the Columbia River wrapping around much of it and the Yakima River bisecting it. Prosser, the county seat has only about 5,700 people. Kennewick, a city of roughly 84,000, dominates the county. Food processing is one of the major industries. There is also a public utility district (the Benton PUD) that provides electricity to about 50,000 customers in Kennewick, Prosser and some other areas of the county. The Benton PUD, which operates on the ground, and not from some ivory tower newly painted bright green, has drafted a remarkable document that exposes the practical problems with wind energy. 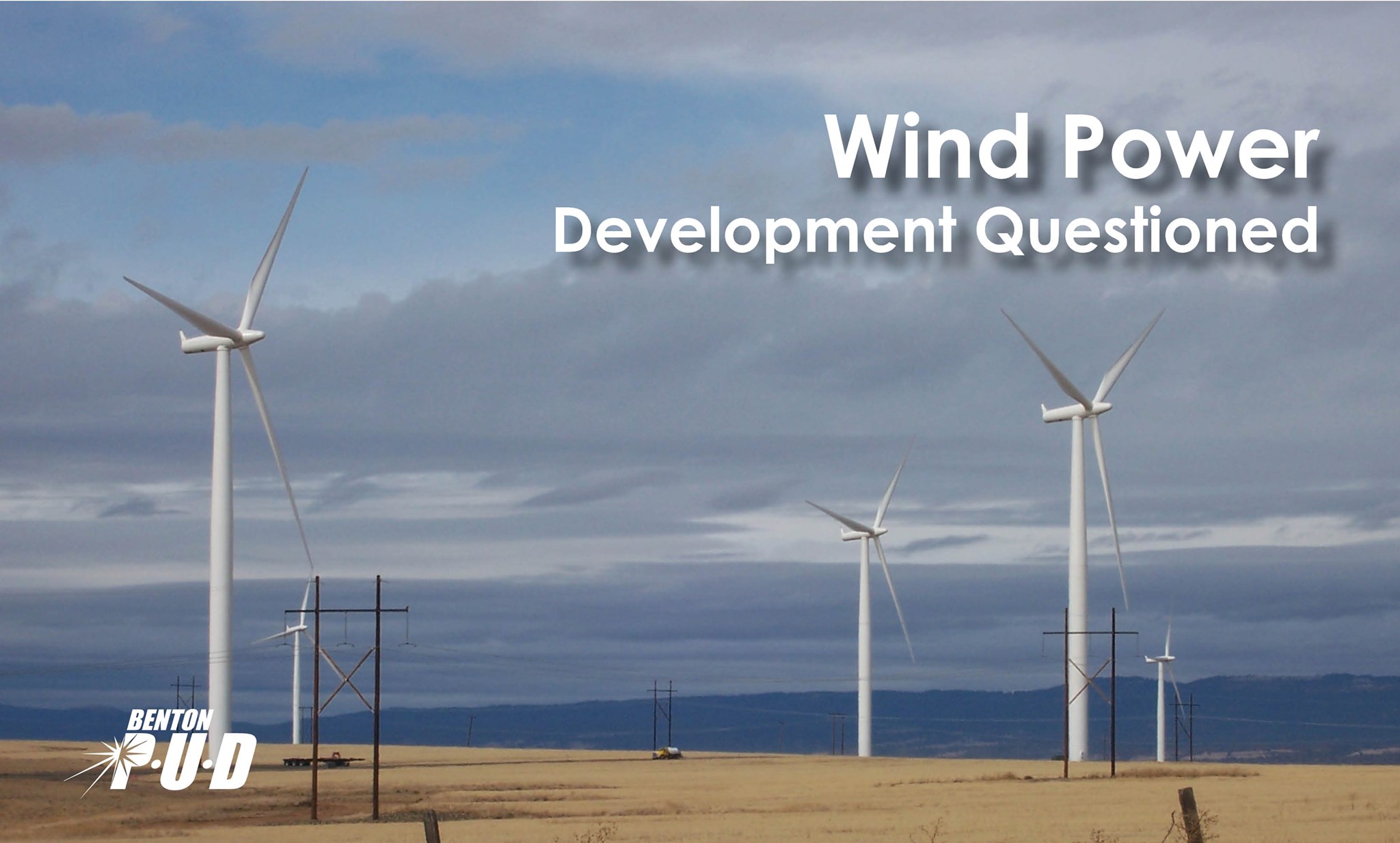 The document is entitled “Wind Power and Clean Energy Policy Perspectives” and provided below are some incredibly persuasive arguments from it (bolded emphasis added):

With Washington State’s passage of the Clean Energy Transformation Act (CETA) in 2019 and the current schedule for expiration of renewable energy federal tax credits, there is a resurgence in proposed wind power development activity in the Pacific Northwest (PNW), including projects proposed for eastern Washington and Benton County specifically.

As developers and many elected officials tout the economic and environmental benefits of wind farms, Benton PUD believes it is important for our customers and the general public to hear utility perspectives. Unlike the narrower focus of some wind power interests, utilities must balance environmental benefits and concerns with costs and power grid reliability; and we will be held accountable if we fail on any of these dimensions.

While Benton PUD acknowledges wind power development in the PNW will likely continue as Washington State utilities respond to the 2025 CETA deadline for eliminating coal-fired energy and in response to nearby state and corporate clean energy mandates and goals, we do not support further development of wind power in the PNW for the following primary reasons:

1) Benton PUD’s current power supply is hydro and nuclear based and is over 93% “non-emitting” by Washington State standards. While we are ahead of the clean energy curve, we do experience supply deficits during hot summer months and deeply cold winter periods. To cover these deficits, we make power market purchases from generation resources that can be counted on to run on the days and hours needed (dispatchable). Since wind power relies on natural weather conditions decoupled from electricity demand, it is not dispatchable generation and therefore will not help us resolve our seasonal energy deficit problems.

2) The PNW’s hydroelectric generation resources are the foundation of a reliable and clean energy supply that has historically resulted in Washington State contributing no more than 0.5% to the nation’s annual total greenhouse gas (GHG) emissions from electricity production; even with soon to be retired coal-fired power plants in the mix. Further development of wind power in the PNW will not result in consequential reductions in national or global GHG emissions attributable to Washington State utilities and will do very little to mitigate the increasing risk of northwest power grid blackouts; which could grow to a 26% probability by 2026 if utilities are unable to replace the reliable generating capacity of shuttered coal plants.

3) The low availability of wind power requires utilities to continue paying for dispatchable generation capacity that may run infrequently but is still sized to meet most of the peak energy demand on the grid. This “double paying” is why electricity rates in countries and states with high wind penetrations are rising despite the declining costs of this popular renewable energy source. Benton PUD believes further wind power development will unnecessarily contribute to increases in northwest utility retail electricity rates which could erode the economic development advantage low rates has given our region for many years.

4) Energy production from wind farms in the PNW is often high during periods of maximum hydro generation contributing to energy gluts that can drive short-term market prices to zero or even to negative values due to federal tax credits received by wind power. To minimize the net cost of hydro generation the region needs for year-round flexible and reliable electricity, the value of surplus hydro energy sales needs to be maximized. Building more wind farms in the PNW will contribute to untimely energy supply gluts and low short-term market prices which reduces surplus hydro energy sales revenues, increases net hydro power costs and puts upward pressure on retail rates Benton PUD and other utilities charge our customers.

5) Benton PUD believes the best long-term, sustainable and environmentally responsible strategy toward meeting the CETA goal of 100% clean electricity in Washington State by 2045 could be to transition coal power to natural gas and then natural gas to nuclear. It is estimated wind power requires 30 to 45 times as much land and about 10 times as much concrete and steel to produce the equivalent power of nuclear. In addition, a recent study estimates that assuming hydro and nuclear power in the PNW stay in place, meeting a theoretical 100% clean electricity goal in our region using wind (and solar) power would require a land area 20 to 100 times the area of Seattle and Portland combined.

As some legislators and certain advocacy groups continue to call for more wind power while simultaneously calling for removal of hydro-electric dams, Benton PUD believes it is important for our customers and citizens of Washington State to hear the utility side of the energy story. To this end, we are committed to facilitating education and outreach efforts based on the premise that all energy choices represent economic and environmental tradeoffs and that consideration of utility business models and the physics of the power grid matter when taking a position to promote one form of power generation technology over another.

Existing wind farm development in Washington State and along the northern Oregon border has already resulted in the industrialization of previously scenic hillsides, canyons and desert vistas in the region in and around Benton County. Before Benton PUD customers and citizens throughout our region accept further sacrifice of the natural beauty and open spaces that are part of our way of life, we want them to know there are other options we should be asking our legislators and utility industry leaders to urgently and seriously consider. This is the reason for this report and for our formal declaration that Benton PUD does not support further development of wind power in the PNW.