Change: The Fruit of Trump Foreign Policy and Resource Economics

This is a fascinating story by Dan Markind that gets into the nitty gritty of what’s happening in the Mideast as formerly warring nations are being brought together by the Trump administration around oil and natural gas economics, although Turkey, a NATO member going backward, seems determined to be the odd man out:

This week a third natural gas opening appeared in the relationship between Israel and the Arab world. Specifically, MED-RED Land Bridge, an Emirati/Israeli owned company, and EAPC, the Israeli-owned pipeline company, signed a memorandum of understanding to store and transport oil from the UAE to Europe. The pipeline, which will run across Israel from the Red Sea port of Eilat to the Mediterranean port of Ashkelon, will significantly cut the time and expense needed to transport fuels from the UAE to Europe. 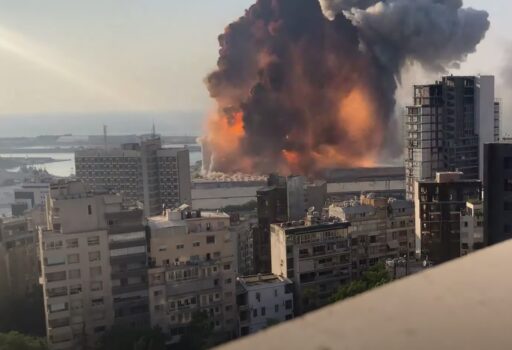 Will a new economic deal around oil and gas help stop a repeat of this Beirut disaster two months ago?

Thus, in the space of two weeks, Lebanon, Egypt, and Jordan have fundamentally changed their stance toward Israel, and the UAE has expanded its already existing ties.

Noticeably absent from these significant developments is Turkey. The Turks evidently have chosen not to be part of the six-nations development agreement, despite having the largest economy in the region. Arguably then, Turkey would stand to benefit substantially by including itself.

Ruled since 2003 by an Islamist President, Recep Tayyip Erdogan, Turkey however has taken an uncooperative approach to potentially collective Mediterranean resource development. As his presidency has continued, Erdogan has increased his confrontational tone and policies against both Israel and the west generally. Turkey also was not included in the agreement to build the EastMed pipeline signed by Greece, Cyprus, and Israel at the beginning of 2020. Instead, Turkey has focused its energies more on disrupting other nations’ development of these resources than attempting to develop its own.

It’s amazing what is is taking place in the Mediterranean as oil and natural gas serve as a bridge to peace. Read the whole thing to truly appreciate what’s happening.

Joe Biden Wouldn’t Have to Ban Fracking to Kill It

This is exactly correct:

Joe Biden is probably telling the truth when he says he won’t “ban” fracking. A president can’t do that by executive order. And even if Democrats seize the Senate, a legislative ban would be politically risky. Far more likely is that a Biden administration would end fracking via indirect means, by taking a regulatory nibble here and a legislative bite there. 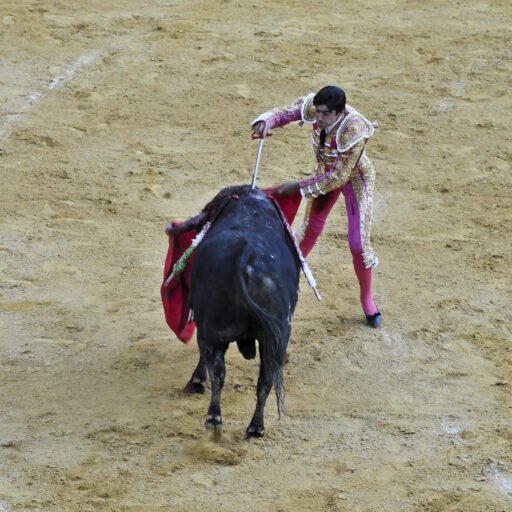 Is this Joe Biden’s plan; death by a thousand cuts?

While Mr. Biden has flip-flopped on fracking, he has consistently pledged to outlaw drilling on federal lands. That would affect 8% of all U.S. oil production, 9% of gas production, and 6% of natural gas liquids production. He has also committed to reversing President Trump’s deregulatory efforts, including the rollback of an Obama administration Environmental Protection Agency rule requiring the oil-and-gas industry to pay to limit methane leaks from fracking wells.

Big oil companies support the Obama rule because it puts the squeeze on smaller players. If the rule is reinstated, struggling independent frackers will either close up shop or sell themselves to larger companies, whose profits have been harmed by a production glut. With the ability to control and limit overall production, those larger frackers could reduce the glut and increase their profits. There would be less fracking—and higher energy prices for consumers…

A fracking ban? No. Death by a thousand cuts? Bank on it.

I could not agree more. The only thing to be added is that a President Harris, who would be elevated to office by Nancy Pelosi through the 25th Amendment shortly after Joe Biden took his hand off the Bible, would quickly transition from the ‘thousand cuts’ strategy to more blatant banning.

Dan Marking also opined this week on the troubling situation at the DRBC with respect to its attitude toward natural gas and its surrender to politics:

In recent years, the DRBC has attempted to expand its jurisdiction by interpreting the term “Project” very broadly. In September 2017, the DRBC announced that it would promulgate regulations that would ban hydraulic fracturing within the river basin itself. That move sparked a lawsuit by a northeastern Pennsylvania resident challenging the proposed regulation as allowing the DRBC to regulate anything within the basin under the guise of it being a “Project”, regardless of whether it actually relates to the river or not. In effect, the DRBC now claims jurisdiction over any activity within the Basin, justifying that untrammeled jurisdictional claim on the grounds that any such activity might impact drainage into the Delaware River.

Despite the political opposition, the Gibbstown terminal project has moved forward, receiving approvals both from the United States Army Corps of Engineers and the New Jersey Department of Environmental Protection (NJDEP), in addition to the special permit from the PHMSA described above. The NJDEP permit is especially instructive because the administration of New Jersey Governor Phil Murphy has been deeply hostile to natural gas development and its transportation elsewhere. For example, that attitude manifested itself earlier this year when the NJDEP refused to grant permits to build the Northeast Supply Enhancement Pipeline in Raritan Bay, that would have provided much needed natural gas to New York City.

Nonetheless, at its quarterly business meeting on September 10, the DRBC backtracked, voting 3-1-1 to delay the final permitting. New York, New Jersey, and Delaware all voted to delay, while the United States voted to move forward and Pennsylvania abstained. The next commission business meeting is scheduled for December 9. It is anyone’s guess if the outcome of the November presidential election will affect the Gibbstown vote, or even if it does not whether issues potentially beyond the DRBC’s jurisdiction, like the national safety of rail transport of LNG generally, affect its decision. However, the implications of the latest delay are both ominous and troubling.

Indeed they are. Steve Tambini, the DRBC Executive Director, has lost the confidence of his board, if he ever had it. There is not a doubt in my mind Tambini would, if it were up to him, never play the stupid fracking games his commissioners are playing nor would he interject the Commission into the politics of pipelines and ports. 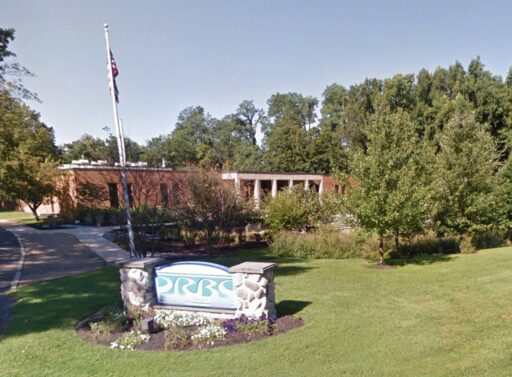 The house of political corruption on the Delaware today

Sadly, though, Tambini has zero influence with the governors who are his bosses; just as the folks at New York’s DEC and Pennsylvania’s DEP have marched in lockstep with their bosses without so much as raising a murmur of protest. We do, of course, want the DRBC Commissioners to be in charge and not the DRBC bureaucrats, but the task of the latter is to insist on the law and to lead by informing their bosses of that law and its implications. That’s not happening, at least not effectively, under Steve Tambini. We are seeing the continued crumbling of this once fie agency under his lack of leadership.

The League of Conservation Voters (LCV) is even more politically active than Greenpeace or the Sierra Club, serving as little more than an advocacy group for the Democratic Party’s left wing.

LCV publishes a scorecard in which it rates the “pro-environment” vote on bills passing through the Pennsylvania legislature. It regularly lobbies for legislation that would expand the scope of government regulation and hamper the oil and gas industry. The group also endorses environmentalist politicians for Congress and the Pennsylvania General Assembly, ranking each politician on a personal “green” scorecard. In 2016, LCV endorsed Josh Shapiro’s successful bid for Pennsylvania attorney general, lauding his efforts to enact a fracking ban and for seeking “criminal penalties for those who poison our air and water.”

LCV receives funding from the same bevy of liberal foundations ($99 million in 2018 revenues, including its fund-raising arm) and major political groups, including the Service Employees International Union (SEIU) and “dark money” Sixteen Thirty Fund, as well as the Hewlett Foundation, Sea Change Foundation, Energy Foundation, and Joyce Foundation, which once had Senator Barack Obama on its board.

This is just one example of many exposed by Kevin and Hayden Ludwig, an investigative researcher at Capital Research Center. This is a must read if you want to understand how are republican democracy is being continuously undermined by elitist special interests who spend their trust-funder inheritances on politics with impunity as phony tax-exempt entities. It is the scandal of all American scandals.