[Editor’s Note: Joe Biden can’t make up his mind on much of anything but he clearly wants to raise energy prices one way or another on us all.]

According to Democratic Party presidential nominee Joseph Biden’s carbon plan, “he will demand that Congress enacts legislation in the first year of his presidency that: 1) establishes an enforcement mechanism that includes milestone targets no later than the end of his first term in 2025, 2) makes a historic investment in clean energy and climate research and innovation, 3) incentivizes the rapid deployment of clean energy innovations across the economy, especially in communities most impacted by climate change.”

The mechanism Biden refers to would most likely be a carbon tax, which Biden has said he would support, or a cap and trade program, which is implicitly a carbon tax. The latter was previously known as the “cap and tax” program when it was dismissed by Congress during the Obama Administration. In either case, a Biden tax on greenhouse gas emissions would significantly increase household costs such as cooling and heating, transportation, and even groceries as the United States gets 80 percent of its energy from fossil fuels—coal, oil, and natural gas. It would also raise the cost of manufacturing in the United States. 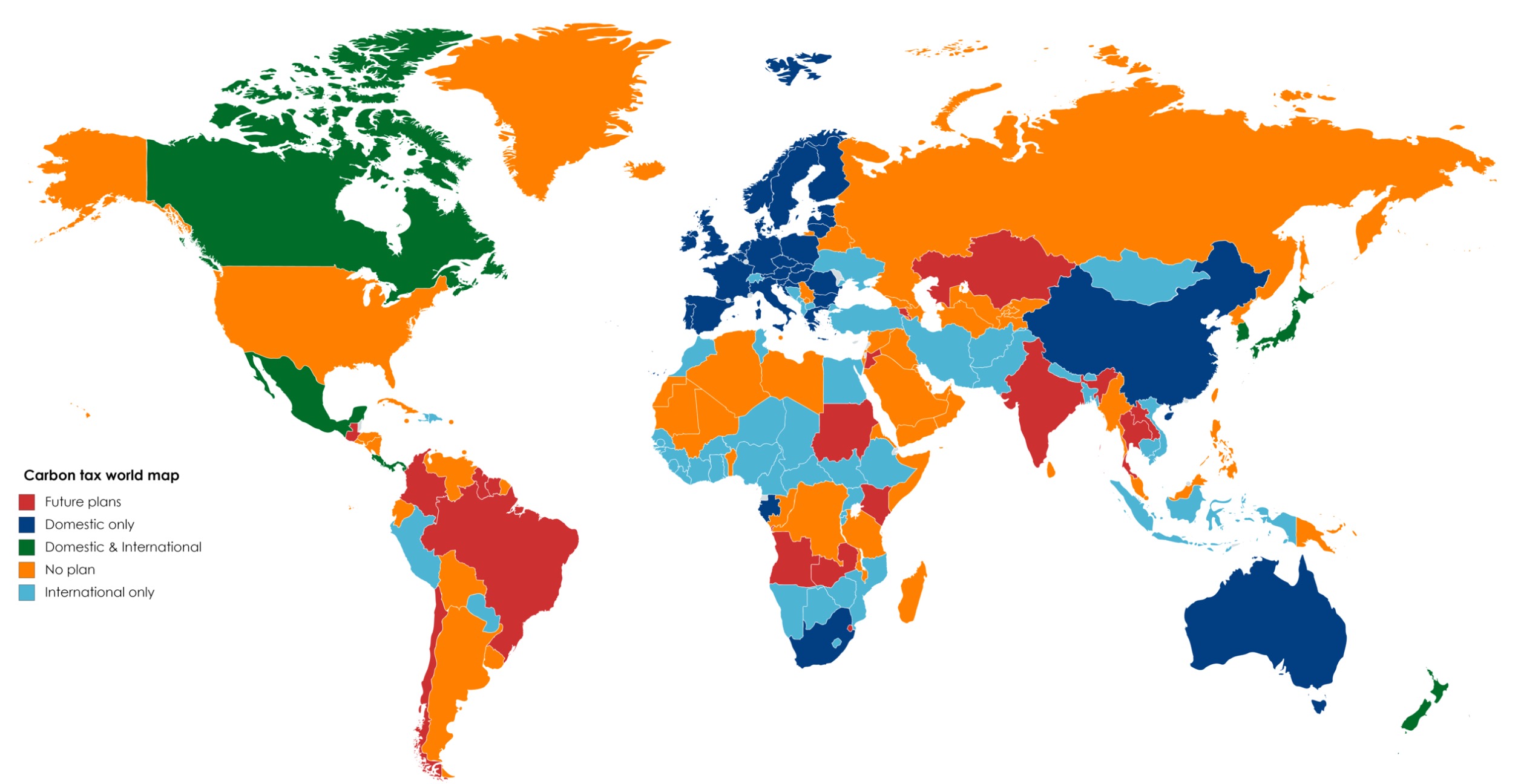 A $20 per metric ton carbon tax equates to a 16.6 cent per gallon surcharge on gasoline. In 2022, the $50 per ton carbon tax would increase Canadian gasoline prices by about 42 cents per gallon or about 8 percent. The price of coal in 2022 would more than double with a carbon tax surcharge of about $100 per metric ton. Natural gas prices would increase by about 10 cents per cubic meter in 2022 compared to current prices of around 13 cents per cubic meter—about a 75 percent increase.

Canada expects the carbon tax to increase the demand for carbon-free electricity. In 2019, however, Canada generated 58 percent of its electricity from hydroelectric power, 15 percent from nuclear, and 7 percent from renewable energy. Only 18 percent of its electricity came from fossil fuels—coal, oil, and natural gas. The majority of Canada’s carbon dioxide emissions are not from the generating sector, but from the industrial sector, which is subjected to an Output-Based Allocations system (similar to cap and trade).

Those carbon taxes, which at $50 per metric ton seem rather large, are insufficient for the country to meet its emission-reduction targets under the Paris climate accord. Canada’s parliamentary budget officer says the country’s carbon tax would have to increase over the coming years to meet emission-reduction targets. Canada’s budget officer, Yves Giroux, estimates the tax will have to increase to $117 per metric ton by 2030 if it is applied to all industries. And, if the government caps the tax at $50 per metric ton for large industrial emitters, households and other sectors of the economy would have to cover the difference, requiring a tax of $289 per metric ton in 2030.

Those are hefty tax increases.

Biden’s Commitment to the Paris Accord

If elected Biden will implement something similar, as his plans return the United States to the Paris Accord agreed to by the Obama Administration. The mechanism will be another tax imposed on American families, and just as Canada is finding, the carbon tax will have to increase to enormous numbers for the Obama-Biden Paris accord commitments to be met, which will hurt U.S. families and bog-down the economy that is trying to recover from the coronavirus pandemic.

And, while the United States will have to buckle under to suffer severe cost increases in anything made from or consuming fossil fuels, China will continue emitting more carbon dioxide emissions as it builds 250 gigawatts of new coal-fired power plants, adding to the over 1,000 gigawatts of coal-fired capacity it already has. China is building coal-fired plants to get its economy rolling from the downturn caused by the coronavirus pandemic. Those coal plants could easily last half of a century.

A carbon tax would not be a one-time deal. It will continue and increase until the United States will no longer consume the fossil fuels currently supplying 80 percent of our energy. Yet that enormous change in the U.S. energy sector will result in only a miniscule change in temperature. According to Bjorn Lomborg, U.S. climate policies, in the most optimistic circumstances, fully achieved and adhered to throughout the century, will reduce global temperatures by just 0.031°C (0.057°F) by 2100. This is unnoticeable.

Further, if all countries comply with their Paris accord commitments, he estimates the total temperature reduction to be 0.048°C (0.086°F) by 2100. It will be a lot of pain for very little gain, as the energy necessary for modern life becomes more and more expensive for those who have it and less available to those in the world who are striving to use energy to lift themselves from poverty.

Biden has plans for a lot of tax increases, some of which are documented on his website, but others are not as obvious when he uses words such as a “mechanism” that requires legislation. Do not be fooled by the language, which disguises the means by which he seeks to fundamentally transform the entire United States energy system. There is a reason why he needs Congress to pass it. He cannot implement a tax by himself.

5 thoughts on “Biden Plan Would Force Energy Prices Up, And That’s The Point”