Our buddy, Kevin Mooney, has written as good an article on RGGI as I’ve read and he illustrates what a really bad deal it is for PA!

Kevin Mooney is an investigative reporter of the sort you don’t find often today and he’s written a piece for Real Clear Energy that epitomizes that skill. He takes apart RGGI in terms of benefits and costs, showing just how bad a deal Tom Wolf is trying to shove down the throats of Pennsylvanians. It makes no sense unless you’re a spoiled trust-funder with no grasp on reality but a desperate desire to burnish your green credentials with other spoiled elites. 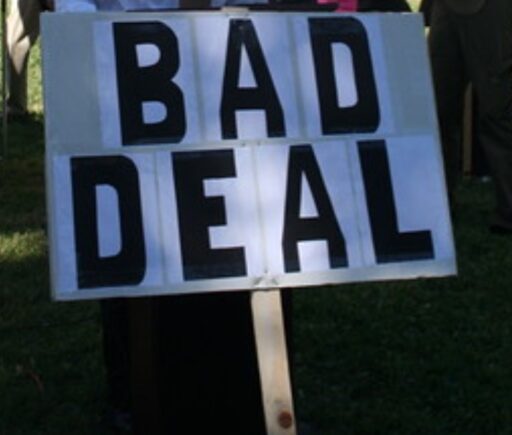 Here are some key excerpts from Kevin’s excellent piece:

Unlike some global warming policies, RGGI has a wealth of data to examine. A 2018 study by the libertarian Cato Institute found that the program “resulted in a 12 percent drop in [overall] goods production,” compared with a 20 percent gain in non-RGGI comparison states. Critically, RGGI states saw power imports increase from 8 percent to 17 percent and “shifted jobs to other states.” In Delaware alone, RGGI emission allowance costs added $11 million to the state’s electricity bills.

One independent analysis of how RGGI invested its revenues in 2018 found that the program resulted in a nearly $900 cost per metric ton of carbon dioxide reduced, vastly higher than the “social cost of carbon”—the measure of the economic impact of emissions used to justify carbon pricing schemes—that the far-left Environmental Defense Fund estimates at roughly $50 per metric ton. But here’s the kicker: Cato’s study found “no added emissions reductions or associated health benefits from the RGGI program.”

So what’s the point of having Pennsylvania join RGGI if there are no economic or environmental benefits? The answer is that Wolf’s anti-energy schemes fit into a broader movement.

Pennsylvania’s great success has made it a target of professional left-wing activists who subscribe to a rigid ideology that demonizes carbon dioxide, a naturally occurring gas that is vital to life on earth. These environmentalists are waging a nationwide war on cheap, abundant energy from coal, oil, and natural gas, forcing the country to arbitrarily shift to unreliable and expensive sources such as wind turbines and solar plants.

While RGGI doesn’t specifically target fracking—it levies taxes on coal and natural gas power plants—these groups have been angling for a statewide ban on fracking for years. America owes its energy independence to fracking. In 2009, the U.S. was the world’s third-largest oil producer, behind Russia and Saudi Arabia. In 2019, it led the globe in oil and natural gas output, more than doubling oil production and increasing gas production by two-thirds in a decade, producing 12.3 million barrels of crude oil per day. And in 2019, America became a net energy exporter for the first time in 67 years, according to the U.S. Energy Information Administration.

Now is not the time to go backward.

Kevin is exactly correct; RGGI is a feel-good, but incredibly stupid, initiative for a gas producing state such as Pennsylvania. Everybody around Tom wolf knows it, including DEP Secretary McDonnell, who consistently goes along along with the condescending schemes of his incompetent boss. Read the whole thing.

2 thoughts on “RGGI Is A Really, Really Bad Deal for Pennsylvania”