If government energy policies over the last four decades were all we had depended upon to heat and light our world we’d be living in blackout conditions now.

I’m not much of a fan of The Hill, whether we’re talking about Congress or the newspaper and blog, the latter being largely a gossip sheet for the former. Nevertheless, The Hill does, from time to time, publish some great stuff revealing what incredible fiascos, messes and Rube Goldberg contraptions we create when when we try to do things by committee. Such is the case with an article Thursday by Mark Mills, who is a senior fellow at the Manhattan Institute. It is entitled “Despite Four Decades and $500 Billion, the Energy Department Hasn’t Accomplished Much,” and, in just a few paragraphs, makes it clear government energy policy is unlikely to ever produce anything more than blackouts.

Both Marcellus Drilling News editor Jim Willis and I are admirers of the Energy Information Administration. It is, clearly, the only part of the Department of Energy that actually serves a function by getting out objectively produced data used by virtually everyone in the sector. Beyond that there seems to be little purpose to the Department itself. Despite the fact I also like Rick Perry, the new Secretary of the Department, I rather liked his previous position of wanting to abolish the department much more. We could always move the EIA over to the Department of Commerce, after all.

Mark Mills’ piece at The Hill, explains why I encourage NaturalGasNOW readers to read the whole thing, but here are some key points he makes (emphasis added):

In April 1977, still in the penumbra of the economic and geopolitical fallout from the 1973/74 Arab oil embargo, President Carter announced the creation of DOE in his “moral equivalent of war” address to the nation. Government action, he said, was needed for “the greatest challenge that our country will face during our lifetime” in order to “balance our demand for energy with our rapidly shrinking resources.” … After all these decades of government programs consuming some $500 billion in that pursuit, what’s happened?

America uses 140 percent more oil for transportation today than it did in 1977. Electricity consumption is up 200 percent. (The recent slow growth in power demand looks a lot like a recession effect: we’ll soon know for sure when the economy fully recovers.)

Lavishly subsidized biofuels have grown from an irrelevant 0.25 percent in 1977 to an unremarkable 5 percent share of transportation energy use today.

Solar power rose from essentially zero, back then, to today’s irrelevant 0.15 percent share of U.S. energy.

Wind power has been the biggest success: but even those heavily subsidized turbines now supply only 1.5 percent of America’s energy.

The fundamental energy sources available to power society have remained unchanged not just since 1977 but since 1957. Politicians and pundits often intone that there are “a multitude” of new energy options, but that’s rhetorical hyperbole. There is no new physics in energy nor new energy sources, just better ways to use those that exist…

Shale tech has added 2,000 percent more to U.S. energy supply in the past decade than solar and wind combined. That’s the fastest and biggest addition to world energy supply — not just hydrocarbons, but all forms of energy — that has occurred in history…

Despite these lessons from history, many policymakers continue to exhibit an “irrational exuberance” in their aspirational goals to replace oil and gas… And the reality is that now, with the maturation of cloud and sensor tech, the digital revolution will advance oil and gas at a rate faster than it will alternative energy tech.

There is one other transformation since 1977. America is now far more dependent on electricity. Back then, electricity accounted for 39 percent of all nontransportation energy use. Today that share has risen to 55 percent. This has happened in large measure because of a new trillion-dollar computing and communications infrastructure, one that requires a uniquely reliable and always-on electric grid.

Energy efficiency initiatives, many launched or supported by government, have tempered the growth in demand and stretched resources, of course. Rooftop solar has accomplished the same but at huge cost. The numbers simply don’t work in a rational world and both energy efficiency and solar savings are marginal gains made at the fringe. They would have no impact but for the fact oil and gas have delivered the energy they serve to conserve and stretch. Oil and gas, in fact, make make modern civilization possible. There would be no digital age without them. It’s as simple as that.

The bigger point, easy to miss, is that technological change is bigger and faster in the oil and gas sector than any other. That’s what the shale revolution has proved. Moreover, the ability of shale producers to continually lower costs while improving yields has ensured the industry will grow for the foreseeable future. There’s a place for renewables, of course, but it remains supplementary and on the margin. 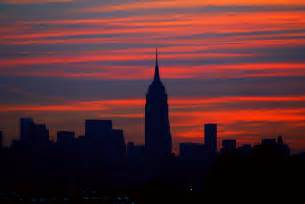 Yet, government energy policy made 40 years ago and still largely the same would have us subsidize the least efficient and least productive of energy sources. It is counterproductive in most respects and, as our friend Nick Grealy has suggested, has probably stunted the very alternatives it was intended to encourage. Subsidies reinforce what is uneconomic, thereby delaying the failures essential to moving on to something better, while lack of such parachutes in the oil and gas sector continually force it to innovate just to survive. Such innovation is what is saving us today, not government energy policy that, by itself, would;ld have us all living in blackout conditions by now.