[Editor’s Note: The CLEAN Future Act is yet more green eggs and scam designed to benefit the prosperous with EV perks at the expense of taxpayers.] 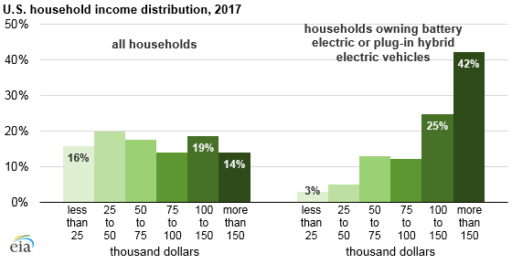 Taken as a whole, the bill would impose overbearing regulations on the production of our most reliable energy sources, which would raise costs on energy consumers and destroy jobs in the energy industry. Here, I want to focus on one particular section of the bill that aims at encouraging the deployment of electric vehicle charging stations in the name of environmental justice. Here is the summary language for the relevant section of the CLEAN Future Act:

Under rate-of-return regulation, utilities are allowed to recover their cost to do business and earn a guaranteed return on invested capital. Under this system, there is little incentive for the utility to reduce operating costs. As long as the rate-of-return is above the cost of debt, the rate base can be inflated by spending more capital than is necessary. If passed, the CLEAN Future Act would allow utilities to rate base the construction of electric vehicle charging stations, meaning that the cost of these charging stations will be passed on to utility customers as a whole.

As we have noted elsewhere, EVs are already heavily subsidized and those subsidies are costly, unnecessary, and unfair. Electric vehicles are mainly subsidized through tax credits, which are the result of the Energy Improvement and Extension Act of 2008 (H.R. 6049) and The American Recovery and Reinvestment Act of 2009 (ARRA). These provide federal income tax credits for new qualified electric vehicles of up to $7,500.

According to a report by the Congressional Research Service, the majority of people who claim the electric vehicle tax credit earn a much higher income than the national average. As the report notes:

“In 2016, 57,066 individual taxpayers claimed $375 million in plug-in EV tax credits. EV tax credits are disproportionately claimed by higher-income taxpayers. Most of the tax credits (78%) are claimed by filers with adjusted gross income (AGI) of $100,000 or more, and those filers receive an even higher proportion (83%) of the amount of credits claimed. About 7% of credits claimed, and 8% of the total amount of credits, were on returns where the taxpayer’s AGI exceeded $1 million.”

That same report found, based on estimates provided by the Joint Committee on Taxation, that under current law tax expenditure (forgone revenue) for the plug-in EV tax credit would be $7.5 billion between 2018 and 2022.

In other words, American taxpayers are already spending billions of dollars to subsidize electric vehicles that are mostly being purchased by high-income earners. On top of that, this new bill would ensure that the costs of building out EV infrastructure will be paid by utility ratepayers in the form of higher electricity prices. This follows a familiar pattern where policies that are enacted in the name of ‘environmental justice’ disproportionately benefit wealthier individuals while the costs are passed on to everyone else.