Two recent articles in the Boston and New York press reveal the fuel and heat crisis about to hit New York and New England. And, just guess who’s to blame.

New York and New England politics consist mostly of non-stop demagoguery on the part of preening elected officials bent on securing their next higher office. Andrew Cuomo is perhaps the worst of the lot, of course, but hardly the only culprit. Eager to put on his Carhartt jacket during any storm and rush out to the cameras for the purpose of issuing meaningless bromides, he’s more responsible than anyone for the approaching fuel and heat crisis facing his state and those to his east.

Yes, there is a coming fuel and heat crisis; shortages of fuel to make electricity and power businesses and gas heat homes using natural gas. It’s being created with every second of delay in approving critical pipeline infrastructure the wannabe emperor of New York keeps crowing about halting. He’s more eager to appease the NRDC gang and friends than head off a fuel and heat crisis he hopes doesn’t happen until he’s President. 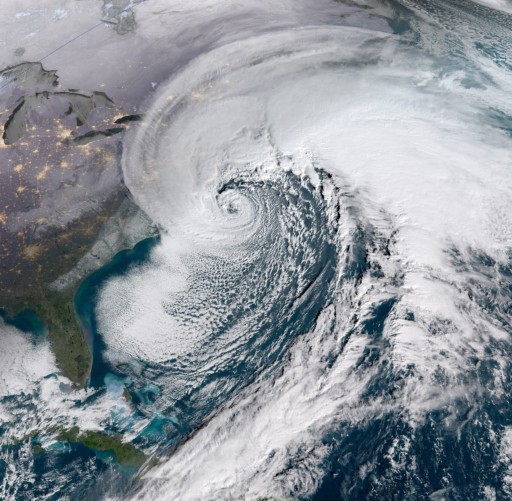 He’d better hope for especially good luck. The country is unlikely to find anything appealing about a guy with corruption quotient several multiples his IQ and the crisis is just about here. Check out this New York Post editorial from yesterday:

On Thursday, Con Ed notified regulators that, come March 15, it won’t accept new gas customers in most of Westchester, thanks to supply shortages. National Grid has been issuing similar warnings. New-customer cutoffs in the city may be just around the corner…

Cuomo hasn’t officially banned new pipelines; his staff just doesn’t OK very many, often citing lame excuses for nixing them. Team Cuomo reportedly has urged Con Ed to find alternatives to pipelines, and Cuomo himself has been pushing for a shift away from all fossil-fuel energy sources…

Meanwhile, New York City is requiring customers to switch from higher-emission fuel oil, driving up the demand for far “cleaner” natural gas. Con Ed has already converted 5,000 buildings in the area from oil to gas.

Oops: climate-change warriors now oppose gas, too. And Cuomo is only too happy to do their bidding and effectively ban pipelines, in exchange for their political support. The gov and the greenies pretend that power from renewables — like solar, wind and geothermal sources — can replace natural gas, especially with steps to boost “efficiency” and conservation. Maybe one day that’ll be true, but not anytime soon.

New York needs gas today, and pipelines to deliver it, to keep the economy healthy and growing. Cuomo has already socked New York with his ban on fracking and his Indian Point shutdown. Just how much more can its economy take?

That’s the question, isn’t it? How much more can New York take? The Southern Tier is dying as the governor throws pork bones around and tells its residents to use them for some stone soup or something. When he’s not doing that, he’s trading a Buffalo Billion in taxpayer money for some graft and some plaudits from the world’s greatest huckster, Elon Musk. Meanwhile, Musk is slowly walking away, reducing both expectations and jobs as he moves onto the next scam.

But, Corruptocrat, is doubling down, fighting pipelines and the natural gas development— development that has cleaned New York City’s air, lowered its energy costs and made the U.S. increasingly energy independent—every step of the way. He’s creating a fuel and heat crisis and it isn’t just New Yorkers that are going to pay the price. It’s also New Englanders, as this article in this Boston Business Journal article by Don Santa, the President and CEO of the Interstate Natural Gas Association of America:

The saying goes “there’s no place like home for the holidays.” Unless that is, the heating is set to frigid because the energy bill is too high, and the tree lights are flickering because of rolling blackouts.

As far-fetched as this may sound, it is an increasingly real risk for New Englanders. On average, people here face some of the highest energy rates in the country, paying 29 percent more for natural gas and 44 percent more for electricity than the national average. But the problem isn’t a lack of natural gas supply; it’s a lack of infrastructure that reduces people’s access to affordable and clean energy supplies from nearby sources.

The region has steadily moved toward natural gas as its dominant fuel source over nearly two decades, and rightly so — natural gas is more efficient, reliable, and cleaner than many alternatives. It should also be cheaper: New England sits close to one of the largest natural gas supplies in the world, the Marcellus Shale, which spans upstate New York, through Pennsylvania and West Virginia, and into Ohio.

Despite this huge resource on the region’s doorstep, there simply aren’t enough pipelines to bring supplies here, leaving power suppliers to manage annual shortages, especially in the winter months when demand for gas is at its peak.

This isn’t a new problem. As readers will know, energy prices have surged year after year. And it’s about more than just price. Last year power plants were forced to use fuel oil, relying on an energy source that is far less efficient than natural gas. When that wasn’t sufficient, they had to import liquefied natural gas from Russia. Let that sink in: a lack of pipelines means Ohio and Pennsylvania are effectively further from New England than Siberia.

Worse still, research suggests that the region is moving closer to an energy abyss. Not only has the independent electric grid operator, ISO New England, predicted that rolling blackouts will be more common by 2024, but the cost to the region’s consumers and its economy will likely continue to increase as well…

Since 2016, two major pieces of infrastructure that would have directly benefitted Massachusetts, Connecticut, Rhode Island, and New Hampshire have been cancelled due to unnecessary lawsuits and political pressure…

And, ultimately, stopping new infrastructure will not change the reality that New England is dependent on natural gas for power and heating. Without improved access to natural gas, energy bills will rise, blackouts will become an increasingly greater likelihood, and more lives will be at risk during extreme weather events.

Don Santa is correct. He just doesn’t name the guilty politicians, But, we know who they are, don’t we, and they’re not all New Englanders. Indeed, the big green godfather of pipeline obstruction is one Andrew “Corruptocrat” Cuomo and when the fuel and heat crisis finally hits in a big way he’ll put on that Carhartt jacket again, run out to the cameras, blame someone else and tell us he’s the only one who can save the day; for a price, of course.