It can be dangerous to label others for what they are. The label can rebound. Nevertheless, the CELDF is an organization that must be exposed as the radical entity that it is.

There are three types of fracking opponents; those with true environmental concerns, the trust-funder/NIMBY set and the radicals who use the issue as leverage to promote socialistic schemes.  We don’t need to worry that much about the first, as their goal is simply to get the best deal and ensure regulations are as tough as possible.  One can reason with them and negotiate win-win solutions.

The second group funds all the opposition and ultimately wants only to protect its own narrow NIMBY interests.  They operate with little principle and work behind the scenes to manipulate the others. We’ve talked a lot about them because so many are unaware how they operate.

We have not talked nearly enough about the third group, which consists of profoundly radical individuals determined not to protect the environment but, rather, overturn civil society and replace it with their own special brand of tyranny.

The natural gas industry likes to talk facts and avoid wallowing in the political swamps, and well it should, but when it addresses the work of these wanna-be dictators it tends, as a result, to treat them simply as extreme environmentalists or kooks.  They are both, to be sure, but they’re much worse.

They are radicals in the mold of the worst the 1960’s (my own hopeless generation) had to offer. It’s easy to dismiss them as being so far out there they cannot possibly prevail, but we’re seeing them make very tiny inroads that are costing everyone a great deal in time and money to fight. They are scoring enough otherwise meaningless little victories to embolden the trust-funder/NIMBY set.  They are also making it ever more difficult for any true environmentalists to work with the industry in constantly improving fracking and other natural gas development processes for the good of our economy, our country and our environment.

We see examples of these seemingly inconsequential but, nonetheless, damaging victories in the work of the Community Environmental Legal Defense Fund (CELDF) to promote fracking and natural gas bans in Pennsylvania, Ohio, Colorado and, Mora County, New Mexico.  We wrote about their work in Youngstown, Ohio, recently, noting their failure to get approval of a mindless natural gas ban in a city where over 88% of homes are heated with it.  They lost by a margin of 14% in the primary election and then went for it again in the general election two weeks ago, losing this time by 10%, which the CELDF counts as a victory because they improved the margin.  Their local spokesperson promises they “won’t stop until they win,” which tells us they don’t mean a word of that democracy rhetoric they spout.  If they did, they’d respect the outcome and admit the people spoke. 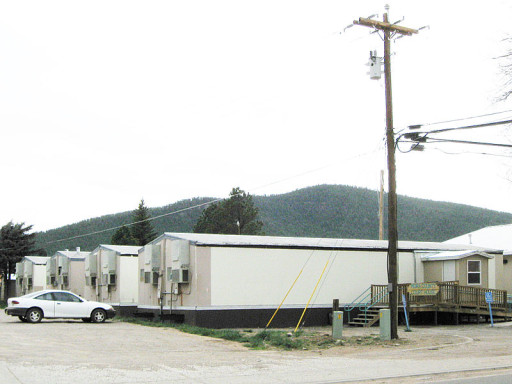 They never do and never will, though, because their particular movement isn’t about democracy, the environment or the people.  Rather, they’re about finding a way to throw off the bounds of civil society as we know it and impose some socialistic utopian scheme that puts them in charge of us so we don’t make decisions they don’t like.  They are little more than spoiled children still living the “if I ruled the world” fantasy we’ve all had from time to time.

Fracking, and environmental issues more generally, are simply convenient vehicles for getting noticed and for making little advances here and there. But, the sad history of man tells us this is how some very evil people have also come to power briefly but horrendously; by riding common sentiments to the reins of power, convincing others they are about this or that issue when they’re really about something much bigger.  Along the way, their little victories convince others they are part of the mainstream and not the radicals they are.

This is why it’s usually a mistake to argue natural gas development or environmental issues per se with the sort of radicals who run the CELDF.  That only plays into their hands by giving these extremists a platform where they can appear reasonable. Instead, the focus should be on what they actually are; a radical leftist group looking to leverage their way into power.

The CELDF website provides as much evidence as anyone ought to need to see through this group.  As I have noted in previous articles, it expounds, for example, on their “rights of nature” idea that would give rocks, trees and rabbits as many rights as man. They proudly state how they helped interject this idea into the Ecuador’s new socialist constitution which, of course, is the wild dream they have for us as well. They also offer sample ordinances for supposedly outlawing corporate agriculture, nullifying animal identification regulations, preventing retailing by corporations (no CVS or McDonalds for you) and assorted other leftist causes.  Their “rights of nature” foolishness is captured in this story entitled “Recognizing The Right Of Plants To Evolve,” (also a link on the CELDF site) which offers the following:

The Community Environmental Legal Defense Fund argues that greenery does have interests — and rights. The Pennsylvania-based nonprofit works with communities around the world to “craft and adopt new laws that change the status of natural communities and ecosystems from being regarded as property under the law to being recognized as rights-bearing entities.”

Establishing a legal system in which natural communities and ecosystems have an inalienable right to exist and flourish, says Mari Margil of CELDF, “places the highest societal value on those natural systems and communities.”

…In the past few years there has been a flurry of international interest in a plant rights movement. The New York Times reported in 2008 that Ecuador became the first country to provide constitutional rights to plants, granting nature “the right to the maintenance and regeneration of its vital cycles, structure, functions and evolutionary processes.” That same year, a Swiss ethics panel advocated protecting plants’ “reproductive ability.”

This type of language also appears in all the CELDF fracking bans.  The ban enacted in May of this year in Mora County, New Mexico, for example, says this:

Notice how this ordinance purports to give inalienable and fundamental rights to “natural communities and ecosystems” and any resident legal standing to protect those rights. You don’t have to be a legal genius to see where that would go if upheld. It would paralyze any development activity of any kind if anyone objected.

This isn’t the worst of it though.  All CELDF activity and the language of all CELDF ordinances obsess on one word: “corporation.”  Fighting corporations is the “be all, end all” for the CELDF.  The word appears dozens of times in anything they write and they seek to ban them whenever possible or regulate them out of doing business in the municipalities foolish enough to take advice from the CELDF.  Their fundamental problem with corporations is the Dartmouth College vs. Woodward Supreme court decision from 1819, which recognized corporations were organizations of people and had rights to make contracts that could not be arbitrarily violated by government action.  This case is the foundation of the corporate personhood the CELDF detests because it stands in the way of its schemes for governing the rest of us.

The Dartmouth College vs. Woodward case also poignantly illustrates the hollowness of the CELDF claims and what the organization is really about.  The case had to do with what was, effectively, a non-profit corporation (Dartmouth College) that had been given a charter by the King of England and which the State of New Hampshire wished to revoke so as to make Dartmouth a state university, appoint its board and control its finances.  The famous Daniel Webster argued for Dartmouth and the Supreme Court ruled New Hampshire had to respect the contract and Dartmouth’s rights as a group of persons operating as a corporation.

Today, the CELDF fights that decision every way it can. It takes the position government may, at any time, supersede any rights of people to organize to do business.  It would make any business that is organized as a corporation subject to the day to day whims of government.  Governments, not the people who constitute them, possess all rights in the CELDF scheme of things. Ironically, though, it takes this position as a non-profit corporation itself.  The CELDF, funded by other mega nonprofit corporations such as the Park Foundation, is a modern day Dartmouth siding with the state that wants to take it over.

How can this be?  Well, the answer is simple.  The CELDF, as a corporation, is only using this legal vehicle to undermine the system.  It really wants to be the state and it’s using the current system to beat the system, fighting fire with fire.  Its ultimate aim is simply power over the levers of government, the power to reshape society to fit its own utopian visions.  First, though, it needs the power to stop the rest of us and that’s what the CELDF is all about for now.  It’s not interested in regulating because that would perpetuate our system and they want to throw that off and create an altogether new one.  Watch Thomas Linzey, the man who leads the CELDF, speak at about 42:00 in this video regarding the need to disobey the law, reject regulation and create such a new system.

Linzey get applause for his soft-spoken appeal to revolution and clothes his argument in platitudes suggesting his movement is akin to the anti-slavery one (no amount of hubris is too much with this guy).  That doesn’t change the fact he’s a radical, with radical ideas that wouldn’t get him to first base unless he draped them in a false environmentalism and opposition to fracking.  His ordinances are complete jokes (read them, please) and he knows it, but he also knows he can garnish attention with them, get some uniformed urban residents who think they have no stake in the matter to vote for fracking bans and, in his mind, build power on the fringes until the moment when the opportunity for the real thing arrives.

Meanwhile, he takes advantage of poor people like those in Mora County who have other grievances he is able to channel into support for his cause. He will cost them big money fighting his work and, based on his abysmal legal record, probably lose the case for them, but advancing his own objectives and desires to uproot civil society.

The CELDF needs to be confronted with its own record and its own thoughts.  It will not be beaten by throwing up facts about natural gas development, as powerful as they may be, but, rather, by confronting it with the facts about its radical nature. Here’s hoping we all start doing that.

8 thoughts on “The CELDF and the Dangerous Radicals Exploiting Fracking”