The Pennsylvania Act 13 decision was a bad one that reflects a very shallow understanding of the natural gas industry by the Chief Justice, but the overreach wasn’t limited to the court.

To understand Pennsylvania Supreme Court Chief Justice Ron Castille’s opinion in the case of Robinson Township v. Commonwealth, the decision on the amendments to Pennsylvania’s Oil and Gas Law (Act 13), you have to understand coal, timber and tanning. Make no mistake, while the subject of the opinion was shale gas and oil, the ruling was all about coal, timber and tanning.

For nearly a century, Pennsylvania’s economy rode the backs of those industries. They made Philadelphia the “Workshop of the World,” Pittsburgh the steel capital of the world, and cities like Bethlehem magnets for job seekers. They also produced industrialists who ran roughshod over local communities, played games with land titles through “Title Washing” and other legal tricks, and scarred the landscape. Energy companies are dealing today with the effects of the legal games played 100 years ago, and Pennsylvania citizens continue to deal with the prior insults to nature.

In response to this history, Pennsylvania amended its Constitution with the Environmental Rights Amendment (Article 1, Section 27). This provision, ratified by the voters in 1971, states that:

“The people have a right to clean air, pure water, and to the preservation of the natural, scenic, historic and esthetic values of the environment. Pennsylvania’s public natural resources are the common property of all the people, including generations yet to come. As trustee of these resources, the commonwealth shall conserve and maintain them for the benefit of all the people.”

Justice Castille noted that only two other states, Montana and Rhode Island, affirm the people’s environmental rights in a Declaration or Bill of Rights, and only three other states – Hawaii, Illinois and Massachusetts – articulate and protect their citizens’ environmental rights in separate actions in their charters. His decision in the Robinson case was based on the Pennsylvania Constitutional balance between the Environmental Rights Amendment and Act 13. 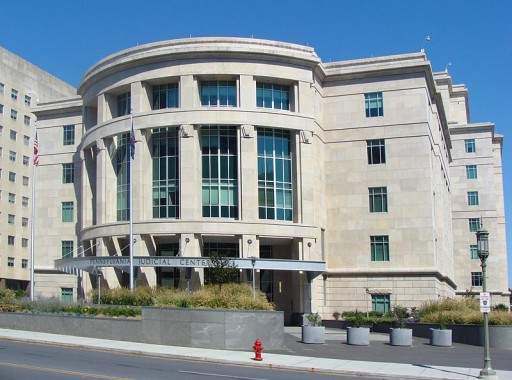 Following nearly 100 pages of background, the Court addressed the matter at hand. It held that while certain provisions were unconstitutional, it would not declare the entire Act 13 unconstitutional (although it did not rule that out). However, both Section 3303, which attempted to preempt local rule-making in oil and gas matters, and Section 3304, which  instituted uniformity among local ordinances Commonwealth-wide to allow, as State policy, for “the reasonable development of oil and gas resources” by precluding local governments from acting in certain ways, fell.

Among the most important subsections within Section 3304 was Section 2, which prohibited local governments from imposing:

In addition, there were limits on local ability to change State-mandated setbacks for wells, compressor stations, processing plants, etc., or to control hours of operation, even in traditionally residential areas. All such limits were struck down. As the Court described, “few could seriously dispute how remarkable a revolution is worked by this legislation upon the existing zoning regimen in Pennsylvania, including residential zones.”

Justice Castille also voided Section 3215(b), which gave the Pennsylvania Department of Environmental Protection the right unilaterally to waive otherwise uniform setback and other requirements, and remanded to the lower Commonwealth Court other provisions, including one that would have limited a doctor’s right to discuss medical issues with his/her patient if they related to shale drilling (Section 3222.1(b)).

Act 13 was an overreach, but Justice Castille may have matched it with his hyperbole:

“The forests may not be primordial, but they have returned and are beautiful nonetheless; the mountains and valleys remain; the riverways remain too, not as pure as when William Penn first laid eyes on his colonial charter, but cleaner and better than they were in a relatively recent past… But the landscape bears visible scars, too, as reminders of the past efforts of man to exploit Pennsylvania’s natural assets.…By any reasonable account, the exploitation of the Marcellus Shale Formation will produce a detrimental effect on the environment, on the people, their children, and future generations, and potentially on the public purse, perhaps rivaling the environmental effects of coal extraction.   The litigation was not available in the nineteen century, since there was no Environmental Rights Amendment.   The response is available now.”

If it is so clear that exploitation of the Marcellus Shale Formation will produce a detrimental effect on the environment (especially when the basis for this statement appears to be solely affidavits supplied by certain citizens and there are so many scientific studies that reach so many different conclusions), then could not the same be said of many other activities?  Will road construction not cause such a detriment – increase in traffic and congestion, noise at all hours, degradation of air quality?  What about building a chemical plant that could employ thousands of people?

Has the Environmental Rights Amendment been established as a club that can be used to stop, or at least delay for years, any substantial industrial activity in Pennsylvania?

In the aftermath of Robinson, we are left with far more questions than answers. Zoning and land use law in Pennsylvania should revert back to the themes articulated in the Range Resources v. Salem and Huntley & Huntley v. Borough of Oakmont cases, which I’ve written about numerous times previously. However, can a municipality, even one with an industrial history like Pittsburgh, use its zoning power to make it so difficult to obtain the proper permits that operationally it bans hydraulic fracturing in the entire City? The Court chose not to address anything further than it had to on these and other issues, possibly a defendable legal construct but one certain to generate years of uncertainty.

If, following Robinson, we cannot say what comes next legally, we can say this about the industry as a whole.   Justice Castille’s opinion is a powerful indictment on the industry’s way of interacting with the people of the Commonwealth of Pennsylvania.

Given its economic benefits, and the fact that, Justice Castille’s words notwithstanding, environmental degradation has been remarkably limited, one might expect there to be public derision with this decision. There has not been. That is a function both of the overreach of Act 13, as well as the poor job the industry has done in understanding the Northeast. Clearly, the public relations staff, lawyers, landmen and other professionals who interact with the public have not endeared themselves.

As the industry now must engage people in all localities in Pennsylvania, it needs a new strategy to impress upon Pennsylvanians what the industry brings to the table, how it understands local concerns and how it will not repeat the abuses that characterized other industries in the past.

5 thoughts on “The Act 13 Decision: An Uniformed Judge and Two Cases of Overreach”