Walter Hang appeared on the Bob Joseph Show this past Friday to celebrate Andrew Cuomo’s attempts to starve Upstate New York of both gas and gas drilling.

This past Friday, I had the distinct privilege of listening to Walter Hang on WNBF 1290. He was on the “Bob Joseph Show.” “Biased Bob,” who adopted this moniker after a caller referred to him as such, has proven over and over again his show is a megaphone for those opposed to natural gas drilling and anxious to lie about it. His interview with Ithaca’s Walter Hang, the fractivist shill the Rockefellers have now paid well over $2 million to do his schtick, was yet another example. 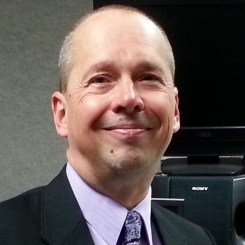 As a frequent caller into the Bob Joseph Show, I often have my thoughts interrupted by Biased Bob when he realizes what I’m saying is not what he wants his listeners to hear, but that’s another story.  Walter was, on Friday, once again celebrating Governor “Tax Me to the Poor House” Cuomo’s decision to impose a moratorium in gas drilling in New York. He go his facts wrong, though, as Cuomo did not ban drilling. Rather, he extended a moratorium indefinitely; probably because an outright ban would expose Empire State taxpayers to lawsuits over takings claims.

Walter went on to also celebrate Cuomo’s recent halting of the Constitution and the Northern Access pipeline projects saying all three of the governor’s actions were nothing short of a great victory by the anti gas community, most of who members are in city limits that have natural gas to their homes and have not switched to any source of clean energy in the ten years that they demanded everyone else do. Allied environmental radicals, in fact, give credit to these fossil fuel dependents who take pleasure in denying the same benefits to others who want them. These self-righteous braggarts are the enemies of civil society; “haves” denying “have nots” and wearing it as a badge of honor among thieves.

Walter then went on to talk about propane storage on Seneca Lake and the antis’ success to date in stopping an expansion project that would have stored propane for customer delivery to tens of thousands of people in the northeast corridor. This personally effected me as, once again, I had to pay over $5.00 per gallon for propane this winter. The bill states $4.61 per gallon plus handling and delivery charges bringing my cost to $5.12. How Governor Cuomo gets the gall to delay these critical projects is a mystery to the fair-minded people of Upstate New York unless they know Cuomo. He is a ruthlessly ambitious and corrupt politician who is taking our state down the path to insolvency for the sake of a future Presidential bid, but that’s, once again, a post for another day. Walter Hang and the usual suspects

Meanwhile, the Walter Hang interview went from bad to worse. The man has, over the past few years, been paid over $2,225,000 by the Rockefeller family and the Park Foundation to help spread misinformation on oil and gas development in New York. The 990 returns of their Sustainable Markets Foundation show he’s essentially been on their payroll as a hired gun.

He also gets free publicity for his ostensible business of doing environmental assessments under the name “Toxic Targeting.”

He plugged his Toxic Targeting website on the radio multiple times, in fact. He bragged that he recently got some TV coverage resulting in over 4,000 website visits in a few hours. Walter explained to listeners that if they want to buy a home or business, or check a place they already own or rent to see if their is any contamination problems, they can go to his website, (please don’t support him with a visit) and there is a map where they can put in their address and bring up contamination data. He makes it all sound as if this map is the result efforts made by him to protect us because he loves us.

Or, is Walter Hang just a snake oil salesman? We know he compiles his information from state and federal sources already available with simple Google searches and the like.  He basically copies and pastes already publicly available information to his website. He then charges for that information available to anyone who doesn’t know it’s already freely available from the same sources he uses. Below are two quotes from Walter Hang’s website that explain:

The site locations illustrated on our maps are based on information that Toxics Targeting obtains from local, state and federal government agencies as well as historic data sources. Please note: a) mapped locations are approximate; b) additional toxic sites exist, but are not mapped due to incomplete addresses; c) contamination problems can impact properties located considerable distances from toxic sources; d) some of the identified sites are large and can involve multiple parcels; e) other categories of toxic sites exist, but are not included in the map; f) identified sites include known as well as potential contamination threats; and g) the regulatory status of individual sites might have changed.

Walter Hang has been getting a free ride from Biased Bob as he has shilled for the Park Foundation and the Rockefellers. They pay him to do their dirty work, while he also gets to promotes his business on the side. I tried to explain this to “Biased Bob” and his WNBF 1290 listeners on Friday. I said I wanted to respond to Walter Hang’s interview but he immediately blocked me by saying I could not mention Walter’s name.

Once again — yet again — “Biased Bob” Joseph shut down the debate and refused to hear the truth because, when it comes to natural gas drilling, there’s simply no room for that on his show. Walter Hang can spew whatever nonsense he desires and no one gets to hear who’s paying him to do it or how it helps his business. “Biased Bob” really is biased, it seems; biased against an Upstate New York dying for lack of gas, gas drilling or anything remotely resembling progress as it is taxed out if existence.

13 thoughts on “Walter Hang Celebrates and Profits as Upstate Dies”