Vic Furman reports on the smackdown of fractivists in Broome County last night as town officials approved a NG Advantage project despite their opposition.

I first got wind of a public hearing to be held in Port Crane NY on a natural gas compressor and liquefied natural gas station proposal from NG Advantage by listening to the Bob Joseph Show. A caller called in to rally the anti’s to a Town of Fenton Planning Board meeting where the proposal was up for consideration. They stated the schools in Chenango Valley were in danger of being exposed to chemicals, explosions, and truck traffic. These apocalyptic visions are the language of fractivists, of course, but this time they didn’t sell and we can partly thank Governor Andrew Cuomo for that, believe it or not. 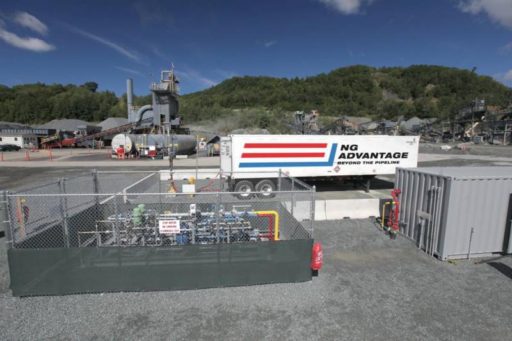 Bob Joseph, being the anti gas mouth piece he is, immediately went to work. The next day he had on the show the Mayor of Port Crane, Kevin Burke. The Mayor answered spoon fed questions such as, How close is this going to be to the park where children play? What about the school? What’s the projection of truck traffic and noise? The questions were, of course, not meant to educate but to provoke fear into those listening. As you can guess, the anti gas mayor, who claimed not to be an anti also played it up. Here’s some of the local news coverage:

TOWN OF FENTON, N.Y. – A natural gas transportation company in Vermont is looking to build a compressor station to hold fuel in the Town of Fenton.

The facility, which would be built in 2 phases, includes 9 compressor stations tapping gas from the 36-inch wide Millennium Pipeline, which runs through Port Dick, as well as a loading area for trucks to transport it.

The gas would be pumped and then trucked to Oneonta.

Opponents of the project include the Chenango Valley School District and Port Dickinson Mayor Kevin Burke, who says over 50 trailers would be driving through the village on a daily basis during the summer, and up to 100 trucks during the winter.

In addition, Burke says emissions from the pumps and more trucks traveling through an already busy area will decrease the village’s quality of life.

“Just consider the traffic and the gas being released when they bleed these lines off. It’s going toward the Port Dickinson School and the Port Dickinson Park. It’s not good. When the Broome County Planning Department develops a 31-page negative report, that says something about it,” said Burke.

According to NG Advantage’s website, it does not deliver gas to homes or small businesses.

Instead, they accommodate larger facilities such as paper mills, asphalt plants and hospitals.

NG Advantage representatives say the facility will add jobs to the area.

They also say the company utilizes electric compressors, which do not make a lot of noise.

The Town of Fenton Zoning Board of Appeals will meet Tuesday evening to vote on moving the project forward.

If it passes, the Town’s Planning Board would then vote on its approval at 7 p.m.

I decided I needed to be involved, as this was in my own backyard. So, I skipped going to a very important landowner meeting to attend and speak at the hearing. When I got there the circus was already taking place in the parking lot. I got out of my vehicle and walked over to the NG Advantage management team to introduce myself. As I passed through the gauntlet band of banana’s opposing the project, Vera Scroggins followed me making snide remarks along the line of “long time no see you, looks like you got old.” I responded in kind, of course.

After an informative discussion with the NG Advantage folks, it was time to go inside. Frankly, I dreaded it because I knew to expect. Other then 3 or 4 people I recognized from the area, all the rest were the usual suspects from out of state or out of town. After the introductions were done by the town officials and the proposal had been presentedr by NG Advantage representatives, the floor was opened to questions. Vera, who resides out of state, immediately popped off with “Are you going to ruin this town. like you did in my home of Susquehanna County, Pennsylvania?” It was the same old blah blah blah, the same old diatribe.

After several other people asked questions and Walter Hang of Ithaca, representing the Park Foundation and the Rockefeller family, gave his “visit My Website Toxic Targeting and see that everything is polluted” speech.  I then got called upon and, armed with breaking news out of Albany from just earlier in the day (see my post here yesterday), I did my best to smack down the antis with cold, hard reality. I can’t tell you how much I enjoyed watching the anti’s who were busily fact checking me as I spoke about the Governor’s implied endorsement of natural gas, slither in silence as they realized what I was reporting was true. The board asked for the notes from which I read; which tells you they realized the significance of what Andrew Cuomo had done to their argument.

Walter Hang was there and because of my last post here about him, he didn’t make eye contact until I spoke directly to him. Bill Huston, who, the day before, put out the rally call to stop the “Bomb Trucks” and protect our school children was there, of course, along with Vera and Walter.  It was all the same people and other then the local officials only 3 or 4 people were from the town. They delivered the same old hysterical remarks about fracking and compressor stations, spills, noise and truck traffic. But, when I dropped the bomb on them about what Cuomo had done in championing natural gas in Albany, it send little Walter Hang to his computer to fact check me, at which point he had the saddest look on his face.

Here’s what I told the town officials (as best as I can remember from my cryptic notes):

Today, in Albany, Governor Cuomo announced a micro utility to provide the 98 acre Albany campus with its own power, saving the state nearly 3 million a year. Cuomo praised the project and the use of its natural gas generators as clean energy that will reduce carbon by 25,600 tons per year. It is being built near several schools, including the University of Albany. (The antis in Port Crane were using schools as a reason not to build when, in fact, the plant and traffic will not be near the schools.)  I ask you board members, and you here in the audience…

If it’s safe for Albany, then why is not safe for us?

I then told them there were no hearings in Albany about the safety of the nearby schools so why is there a hearing here. I wrapped it up with talk of taxes, how the compressor station in Windsor, New York has reduced residential property taxes and so on. I then repeated the question…

If it’s safe for Albany, then why is not safe for us?

Last night they voted… and for the first time I can recall, a relatively urban Upstate New York community gave the opposition’s fear mongering the credit it deserves. Common sense was the victor last night and the heroes were the local officials who delivered it. They approved the NG Advantages proposal to build a $100 million compressor and transfer station on a service road near the Millennial Pipeline to bring natural gas to Industries that are not on pipelines that were blocked by the antis themselves.  I call that Karma

Hear the good news here for yourselves.