Europeans, forever convinced they’re smarter than the average bear, are being outplayed and outwitted by a slow plodding Russian bear wanting in their house.

Europeans are a strange lot, determined to exhibit their superior qualities in the face of a Russian Bear that not only has no use for their values, but who also aims to make them captives. Yet, Europeans have everything they need to confront the Russian bear. They have access to what it takes to send him scampering in the other direction with buckshot in his behind. Why aren’t they doing it? 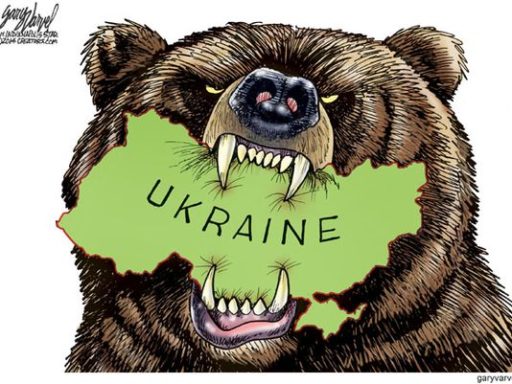 An intersting article in Yahoo News via AFP on Thursday, reveals increasing concern on the part of two countries that, based on their experiences, ought to be believed. They fear the Russian bear is making moves on Europe (emphasis added):

Poland and Ukraine said Wednesday they would take legal action against Russian plans for a second gas pipeline to the EU, a project they allege Moscow could use for political “blackmail.”

Russian energy giant Gazprom plans to build a pipeline called Nord Stream 2 under the Baltic along an existing line to boost gas delivery capacity to Germany from Russia, thus bypassing Ukraine and Poland.

“For many years we’ve said that both Nord Stream I and Nord Stream II are political tools, used above all by Russia on Europe… Russia can use these two lines for blackmail at any time,” Polish Foreign Minister Witold Waszczykowski said at a joint press conference in Warsaw with Ukrainian counterpart Pavlo Klimkin…

“Our opinions on cooperating with Russia and on energy security differ from views held by many western European states,” Waszczykowski said, adding that he thought Western views were “naive.”

Under Moscow’s thumb during the communist era, Warsaw and Kiev have long lobbied for energy independence from it, arguing that Russia could turn off the tap on gas supplies to press client states into complying with its wishes…

Waszczykowski said that thanks to its new Baltic LNG terminal and new deliveries via a pipeline from Norway, Poland would be able to wean itself off Russian natural gas within five years.

“We have limited confidence… in European institutions,” he said, adding Poland was doing its all to be “free from the diktat” of relying on gas deliveries from Russia.

Klimkin said that Ukraine halted gas purchases from Russia more than a year ago. Moscow seized Ukraine’s Crimea region in 2014 and has since backed a separatist insurgency in the east of the country.

This reminds me of the dispute between the US and the UK during the 1980’s when President Reagan presciently warned the UK and other European countries against becoming dependent on gas brought to them via the Russian bear. He has been proven correct and, Poland and Ukraine, who both appreciate just how ravaging the bear can be when hungry, are warning their snooty neighbors, especially the Germans, they need to resist.

The Polish/Ukrainian plea will be dismissed, of course. No teaching of Western Europeans is permitted. Rather, it is their divine right of kings to lecture the rest of the world on manners and modernity.

Meanwhile, the German Energiewende is a disastrous failure with “skyrocketing electricity prices – primarily due to the legally mandatory feeding-in of wind and solar power.” consumers paying “almost three times the rate paid in the USA” and “over 330,000 German households saw their electric power service cut off in 2015,” according this source. Their attempt to achieve clean energy nirvana have, in fact, led them to mine and burn ever more of the world’s dirtiest coal, while also making themselves more dependent on gas from the Russian bear and setting their neighbors up to be devoured. 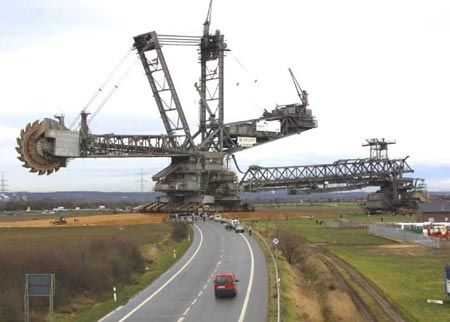 German could be developing its own shale resources as Russian bear repellent, but self-righteously refuses to do so, desiring, instead, to prove how much smarter it is as the bear maneuvers it into a corner. France, too, has taken the ‘holier than thou” route, as has most of Europe. One country is going a different route, though, and a much smarter route it is. The UK has awesome shale resources and i is proceeding, painfully slowly but still proceeding, to develop them. Our friend Nick Grealy at No Hot Air, from whom we steal guest posts as often as we can with his permission, has been pushing this for eight years and is on the cusp of realizing some success.

Nick has a somewhat different perspective in that he’d also prefer Europe not become dependent on LNG from the US either when the UK is perfectly capable of producing the stuff. He’s absolutely correct of course that LNG produced in my Marcellus Shale backyard is, after being shipped to Europe, is going to be higher carbon than local shale.

Notwithstanding Nick’s correctness on that point, I’m not nearly as concerned about carbon as he is. Moreover, even if I accept his view, I’d like to think a combination of Marcellus Shale gas from Susquehanna County and gas from the shale field of my ancestral homeland in the Mendip Hills and thereabouts is the nest insurance policy against marauding Russian bears. Not every European country has or will develop shale, after all, and I couldn’t help noticing a Baltic LNG terminal was part of Poland’s bear fighting arsenal and it’s already bringing in US shale gas.

I can’t wait for the first shipment of LNG out of Cove Point to head to Poland with a load of shale gas produced by my neighbors. Who would have thought it possible? Gas from places such as Clifford Township (right behind the Elk Mountain Ski Resort) being shipped overseas to help rescue Poland from the claws of the Russian bear! What a fantastic thing! Just as fantastic is what is happening in the UK as one European country, at least, shows some real leadership in developing the magnificent shale resources it possesses with a view toward protecting its independence from Russia and other such threats. Developing shale in Europe’s own shale and and padding it with some of ours is a win for all of us. No one wants a bigger Russian bear. 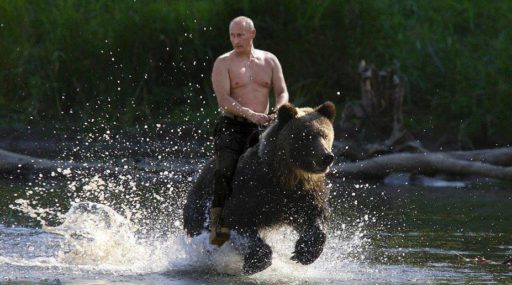 4 thoughts on “Wake Up Europe! The Russian Bear Wants in Your House!”