Pennsylvania Governor Tom Wolf says he wants to “Restore PA” with a severance tax that will only destroy what the Commonwealth has gained from natural gas.

Natural gas is revitalizing Wyoming County. As a lifelong resident of Tunkhannock and now in my role representing the county’s business community, I can speak firsthand to the positive impact that the industry has had on our region and the promise it holds for even more economic potential. 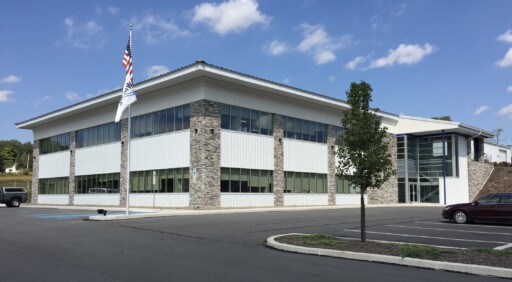 According to the Pennsylvania Independent Fiscal Office, in 2018 Wyoming County was the Commonwealth’s sixth-largest producer of natural gas. Over the past six years, the county has received more than $19 million in impact fee revenues — money paid by the industry that goes directly to local governments to help fund critical projects.

Additionally, residents throughout the county whose properties are above the shale have benefited from royalty fees and there have been increased employment opportunities and lower energy costs. Overall, our community is thriving in large part due to the natural gas industry.

There’s even more potential on the horizon. An innovative partnership between the Wyoming Chamber, Wyoming County government and UGI Utilities is working to build out the needed infrastructure to increase the accessibility of natural gas to county residents and businesses. The Chamber recently was awarded a grant by the state for the next phase of a public natural gas service project which will expand natural gas service to the region.

But a severance tax — as proposed in Gov. Tom Wolf’s “Restore PA” initiative — threatens to undo all of these benefits. As noted above, the natural gas industry is already taxed. The impact fee has brought in more than $1.7 billion since it was enacted — money that has benefited every single county in the state, including mine.

The current system ensures that local communities benefit from these revenues — which are allocated to each county based on a fair formula. The state isn’t picking winners and losers, and Harrisburg isn’t in charge of where those dollars go.

Additionally, the natural gas industry has brought economic activity to rural communities statewide. Regions that once had high unemployment rates and were economically stagnant are now flourishing as a result of direct and indirect employment opportunities. Ancillary and downstream businesses have realized new potential.

A severance tax puts this all at risk.

The industry might not stay if it isn’t profitable to do so. Pennsylvania already has one of the worst corporate tax rates in the country. Adding another tax burden would naturally lead natural gas companies to think of relocating to other states in the shale play — hurting our competitiveness in the critical energy arena and dimming the light on our now thriving communities. Also, a severance tax puts in jeopardy the revenues that are currently going to local governments.

I encourage the state’s elected officials to take a page out of Wyoming County’s book and find ways to work with the industry to capitalize on the opportunities afforded by natural gas. Policies that encourage growth and further development of our natural gas resources will help to put Pennsylvania, its residents and job creators on the path to prosperity.