It doesn’t get better than 1,200 new jobs at the Marcus Hook Industrial Complex, one of the many benefits of projects such as the Mariner East pipelines.

Two days ago, members of the Philadelphia Building Trades publicly announced a two-year Project Labor Agreement for work on the Marcus Hook Industrial Complex totaling an estimated $200 million and is expected to employ up to 1,200 skilled labor tradesman. Among the trades that will benefit from this agreement are electricians, steamfitters, boilermakers, ironworkers, operating engineers, sheet metal workers, plumbers, and more. 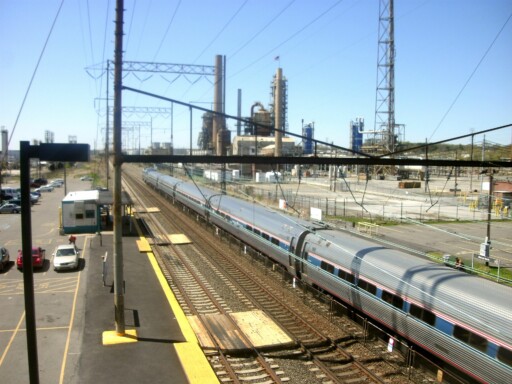 The revitalization of the Marcus Hook Industrial Complex has been great for southeastern Pennsylvania. This announcement is further proof of this fact, through the commitment and partnership that Marcus Hook’s parent company, Energy Transfer is making with organized labor.

Marcus Hook includes terminalling and storage assets, with an approximate capacity of 3 million barrels of NGL’s on-site, which is key for the transport of these products regionally, domestically, and abroad. The Mariner East projects, are key to Marcus Hook because they are transport energy resources from the Utica and Marcellus Shale in Southwestern Pennsylvania to Marcus Hook. To ensure the safe construction and operation, Mariner East is also being built, utilizing union labor across Pennsylvania.

The announced $200 million agreement with the Philadelphia Building Trades is a tremendous commitment to the Marcus Hook community and beyond. Members of these trades are the best trained and highest skilled workers in their field and this agreement to ensure they will be working on upgrades to the facility ensures that the job will be done right the first time.

Pennsylvania has a great opportunity with the development of the Marcellus Shale in Southwestern Pennsylvania, but to take full advantage of that opportunity, we need world class infrastructure like the Marcus Hook Industrial Complex and Mariner East to ensure that these products are safely transported to the end consumer.

5 thoughts on “Philadelphia Trades Do Deal for 1,200 Jobs at Marcus Hook Complex”