The full Pennsylvania House pass four out of five bills in a vote to restore sanity in how environmental regulations are made and paid for.

Two weeks ago MDN told you the Pennsylvania House Environmental Resources and Energy Committee approved a series of five bills that restore some sanity in how environmental regulations are made and paid for in the Keystone State (see PA House Committee Votes to Restore Sanity to Enviro Regulations).

The bills begin, in a small way, to take back control of our system of creating laws, returning authority for making laws to the PA legislature, instead of creating and forcing laws on citizens by unelected, nameless, faceless, swamp-dwelling bureaucrats in regulatory agencies–like the Dept. of Environmental Protection (DEP). Good news: The full House has passed four of the five bills. 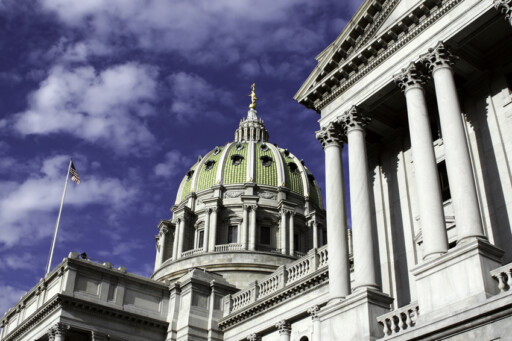 Passage of these bills continues to horrify swamp dwellers who believe only they are smart enough to control every aspect of YOUR life. Only they care enough. Only they will protect you and Mom Earth, from yourself and big, evil, greedy corporations.

The following description of the full House passing the bills is written by someone who does not support any of the bills, former DEP Secretary David Hess. He’s in favor of big bureaucracy and more regulation. So as you read it, bear that in mind. Still, he does a good job of reporting the news. 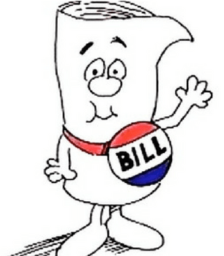 One of the four bills did not pass. However, the heart of the effort, the other four bills, remains intact. Now it’s on to the PA Senate for the four bills. All of these bills were passed last year by the House but died in the Senate. Let’s hope for a different result this year.

On April 30, House Republicans passed a series of bills adding new bureaucracy and cost to government by authorizing the House and Senate to kill a final regulation by doing nothing, take permit reviews away from state agencies and give them to 3rd parties, authorize the waiving of penalties and give violators defenses for their actions.

The bills would apply to all state agencies, but they are primarily aimed at agencies that protect the environment and public health.

“While the Pennsylvania Environmental Council and Environmental Defense Fund welcome discussion on improving agency and regulatory performance, these bills fall well short of those considerations.

“The General Assembly already has ample authority to review and act on regulations, and has used that authority in prior sessions. In our view, the Commonwealth is better served by advancing inclusive, constructive dialogue on shared goals instead of legislation that will only foster further difficulty and disagreement.”

— Waiving Penalties/Providing Defenses To Violators: House Bill 762 (O’Neal-R- Washington) requires all state agencies to establish a new bureaucracy in the form of a Regulatory Compliance Officer with no oversight of any kind giving him the ability to issue an opinion on what any person’s obligations are under the laws administered by that state agency (within 20 business days) which can be used as a “complete defense” against any enforcement proceeding. The Officer can also review any fine or penalty issued by the agency before it is imposed and set guidelines for waiving that penalty if the person being penalized “has taken or will take [steps] to remedy the violation.” DEP, on average, issues 31,000 permits and approvals a year– surely 1 Compliance Officer can handle all those questions without delays. The House passed the bill by a vote of 102 to 94 (Republicans supporting).

— Require Third Party Permit Reviews: House Bill 509 (Rothman-R-Cumberland) requires all state agencies to establish a new bureaucracy in the form of third party permit review programs that delegate decision-making authority to persons other than the public agency with the legal authority to make those decisions with no conflict of interest or other protections for the public or applicants. The bill passed the House by a vote of 109 to 86 (Republicans supporting).

One bill in the package was voted down–

— Office Of The Repealer/ Vote To Approve Regulations: House Bill 1055 (Klunk-R-York) establish the Office of the Repealer unaccountable to anyone, General Assembly must vote to approve economically significant regulations, repeal 2 regulations for every new one adopted, reauthorize repeal of any regulation by resolution. The bill was NOT passed by the House by a vote of 100 to 97 because it was not a constitutional majority (Republicans supporting).

The bills now go to the Senate for action.

Let’s hope the Senate votes to pass these bills and restore sanity back to environmental regulations.