There’s no level playing field in the energy games. If you’re the shale gas industry you must relocate if so much as a bat might be endangered, but if you’re into solar and have Google behind you, torching turtles is fair play.

The shale gas industry has to continually jump through all sorts of hoops to ensure Mother Nature doesn’t take an undue hit. Contrary to the fractivist hype, shale gas developers and the natural gas industry as a whole are subject to voluminous regulations of what often can only be considered minuscule concerns. This sometimes makes the siting of facilities more like threading a needle in the dark than laying out a logical plan of development. Avoid this, don’t touch that…

Shale gas development is burdened with all sorts of regulations to get anything done. For example, we’re personally aware of a Williams gathering pipeline in the South Gibson (Susquehanna County), Pennsylvania area that had to radically change its pipeline digging schedule–speeding up the process by more than six months–because of bats that nest in trees. The Pennsylvania Department of Environmental Protection (DEP) had a concern that knocking down a few trees for a certain species of nesting bat might affect local the bat population.

Williams didn’t want to wait an entire year to dig and lay the pipeline (they have agreements in place with drillers), so they had to arbitrarily move up the digging schedule to lay the pipeline, inconveniencing several landowners (one of them a youth camp). That’s just one example of how the shale gas industry goes above and beyond each day to accommodate what are sometimes questionable (we’d call them stupid) rules and regulations–but OK, that’s the price we pay, right? And, the industry pays it.

Being Green Means Not Having to Say You’re Sorry

However, if you’ve been able to get environmentalists to call your project “green,” it doesn’t matter what kind of local wildlife you squash and kill. Example: the world’s largest solar thermal power plant, built by NRG Energy, was dedicated this week. The “plant” is five square miles of mirrors, each the size of a garage door.

The project is located in an old, dry lake bed in the Mohave Desert (along the Nevada/California border). Five square miles of desert and its wildlife were confiscated, displacing tortoises and coyotes, killing Mojave milkweed and other indigenous plants; all to provide energy for our wasteful society and enrich anti-fracking Google and its partners in the project. And, there have been no apologies for any of this. But that’s OK–it’s green! 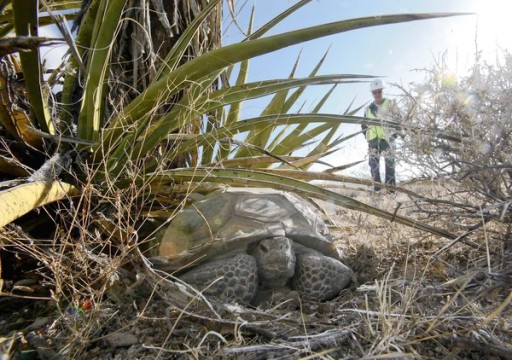 The Western Watershed Project is suing the federal agencies involved in “green lighting” the “green” project, saying they didn’t consider alternative sites. It looks like the worm has turned. 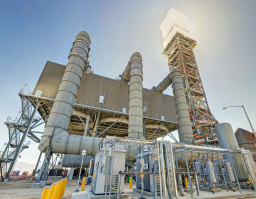 The point of all this, is, of course, that NO source of energy is without trade-offs and problems and sacrifices. The twin point is that just because something is called “green” doesn’t mean it’s better than other clean sources of energy–like natural gas…

A hat-tip and thank you to MDN reader John S. for giving us the heads-up on this “green hypocrites” story below, and for pointing out that while the U.S. State Department has declared the XL Pipeline will not impact the environment, a project still stalled years later–this gigantic solar farm was approved and built with little or no regard for all sorts of species. Where’s the green justice in that? Here are excerpts from some of the reporting on the project:

A windy stretch of the Mojave Desert once roamed by tortoises and coyotes has been transformed by hundreds of thousands of mirrors into the largest solar power plant of its type in the world, a milestone for a growing industry that is testing the balance between wilderness conservation and the pursuit of green energy across the West.

The Ivanpah Solar Electric Generating System, sprawling across roughly 5 square miles of federal land near the California-Nevada border, formally opens Thursday after years of regulatory and legal tangles ranging from relocating protected tortoises to assessing the impact on Mojave milkweed and other plants.

According to U.S. Energy Information Administration data, the cost of building and operating a new solar thermal power plant over its lifetime is greater than generating natural gas, coal or nuclear power. It costs a conventional coal plant $100, on average, to produce a megawatt-hour of power, but that figure is $261 for solar thermal power, according to 2011 estimates. The figures do not account for incentives such as state or federal tax credits that can impact the cost…

The Ivanpah site, about 45 miles southwest of Las Vegas, has virtually unbroken sunshine most of the year and is near transmission lines that carry power to consumers.

Using technology known as solar-thermal, nearly 350,000 computer-controlled mirrors roughly the size of a garage door reflect sunlight to boilers atop 459-foot towers. The sun’s power is used to heat water in the boilers’ tubes and make steam, which drives turbines to create electricity…

The plant can be a startling sight for drivers heading toward Las Vegas along busy Interstate 15. Amid miles of rock and scrub, its vast array of 7-by-10-foot mirrors creates the image of an ethereal lake shimmering atop the desert floor. In fact, it’s built on a dry lakebed. 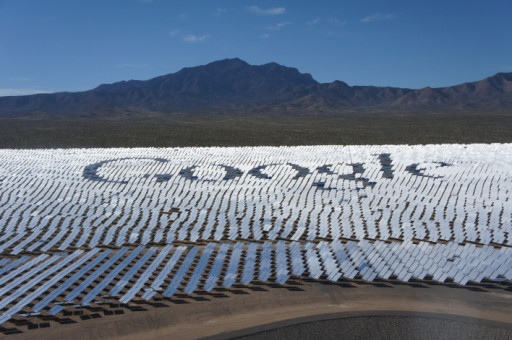 Google announced in 2011 that it would invest $168 million in the project. As part of its financing, BrightSource also lined up $1.6 billion in loans guaranteed by the U.S. Energy Department.

Ivanpah can be seen as a success story and a cautionary tale, highlighting the inevitable trade-offs between the need for cleaner power and the loss of fragile, open land. The California Energy Commission concluded that while the solar plant would impose “significant impacts on the environment … the benefits the project would provide override those impacts.”

Such disputes are likely to continue for years as more companies seek to develop solar, wind and geothermal plants on land treasured by environmentalists who also support the growth of renewable energy. At issue is what is worth preserving and at what cost, as California pushes to generate more electricity from renewable sources.

In 2012, the federal government established 17 “solar energy zones” in an attempt to direct development to land it has identified as having fewer wildlife and natural-resource obstacles. The zones comprise about 450 square miles in six states — California, Nevada, Arizona, Utah, Colorado and New Mexico.

The Western Watershed Project is continuing to push a lawsuit against federal agencies that reviewed the Ivanpah project. Its California director, Michael J. Connor, said alternatives to the site were not considered and serious environmental impacts, including fragmenting the tortoise population, were ignored.

“Do we really need to have these giant plants first, or is it better to generate solar power on people’s roofs, the place it’s going to be used?” Connor asked. 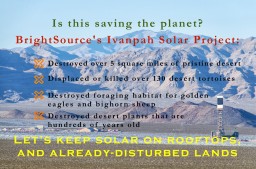 Editor’s Note: Aren’t the double standards employed when it comes to energy fascinating? If it’s anointed as “green,” then it’s politically correct, and there’s no standard so sacred it can’t be compromised; no taxpayer subsidy that’s not warranted. If it’s clean, reduces emissions, saves money, is privately funded, puts people to work all across the country, rewards landowners, saves farms, minimizes footprints and revitalizes rural America, but lacks the “green” imprimatur, then it’s essential we apply every imaginable regulation to achieve zero risk. That’s the wacky world in which the shale gas industry must operate; not to mention the $40 million Google’s Eric Schmidt is showering on fractivists to fight his competitors. What a country!