The Lackawanna College Energy Lecture Series put on a lecture program a few weeks ago that demonstrates what a fantastic opportunity shale gas is for the US, the Northeast and small cities in and around the shale gas region.

Lackawanna College is conducting a continuing education series of lectures on the shale gas development that has helped so much in establishing the college as one of Pennsylvania’s education leaders. Called the Lackawanna College Energy Lecture Series, it was launched back in November with a lecture program surrounding Community Health and Shale, which focused on the results of a study of childhood cancer risks in areas where fracking is taking place and featured talks by health assessment professional Sue Mickley and Rexford Catlin of Endless Mountains Health System.

The more recent January 29th program was titled The Economy of Shale and you read some of the highlights here and here. It was focused on opportunities Scranton and Wilkes-barre  have to be a part of the shale gas revolution. It was co-sponsored by the Greater Scranton Chamber of Commerce and Cabot Oil & Gas Corporation. Bob Durkin, President of the Greater Scranton Chamber of Commerce served as moderator. Speakers included Rayola Dougher, Senior Economic Adviser with the American Petroleum Institute (API), Vince Matteo, President and CEO of the Williamsport/Lycoming Chamber of Commerce, and Patricia Acker, Engineer at Linde Corp. and Chairwoman of the Scranton Lackawanna Industrial Building Corp (SLIBCO).

If there was any doubt about what shale gas was doing for the region as a whole and could mean for Scranton and Wlikes-Barre, it should have been erased by these presentations, which also shed light on what the industry has meant for the Williamsport area.

There were so many great points and illustrations offered by the speakers, the easiest way to summarize is to simply list the highlights, of which there were many.

Rayola Dougher – A Nation and State Transformed by Shale Gas

Dougher, who grew up with strong connections to the region, explained the extent to which the shale gas revolution has impacted Pennsylvania and the US as a whole: 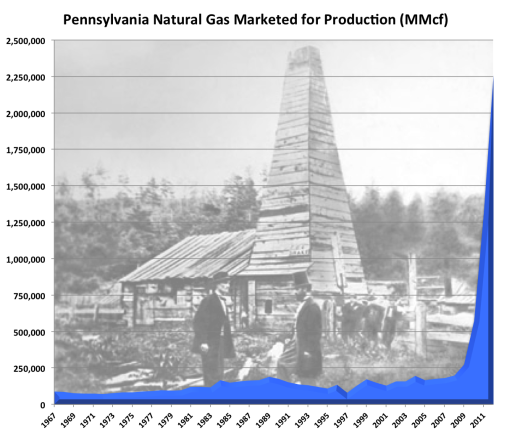 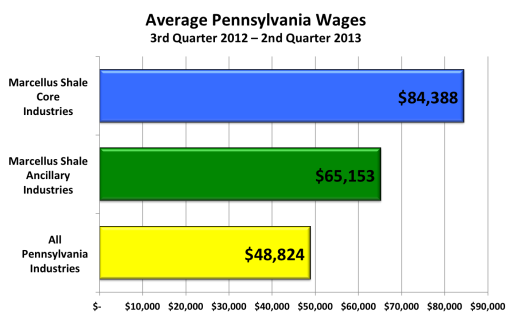 Matteo, who went to Williamsport after serving the Scranton area in a similar job, explained the extent to which the shale gas revolution has impacted the Williamsport region nows serves as an economic development leader: 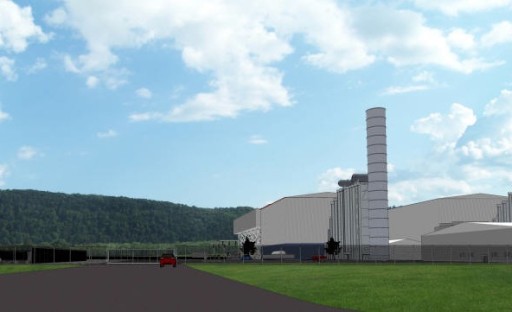 Acker works with Linde Corp., a utilities construction company she notes was formed in 1942 and in 2007 had never heard of the Marcellus Shale. Since then, because the company has gotten involved in building pipelines and other infrastructure for shale gas companies, their business has doubled in size and revenues have tripled, to the point shale gas related work represents three-fourths of their activity.  They have constructed roughly 60 miles of pipeline, installed numerous well pads and built various compressor stations. They have also developed a rail to truck transfer facility in Carbondale, Pennsylvania.

Acker observed that, except for a handful of specialized welders, all of Linde Corp.’s employees are from the region they serve. She invited anyone to look at the license plates of vehicles at any of their facilities to verify this for themselves. Their headquarters are in Pittston, indicating Lackawanna and Wyoming Valley enterprises can compete for shale gas business, noting responsiveness was the key to developing opportunities and expanding shale gas lines of work.

During the discussion that followed (depicted below), several other key points were made regarding the opportunities available to the Scranton and Wilkes-Barre areas. It was noted, for example, the oil and gas industry has paid over $1 billion in taxes in Pennsylvania and Lycoming County alone is garnishing $20 million in impact fees from shale gas development. So much for the idea the industry isn’t paying enough in taxes. 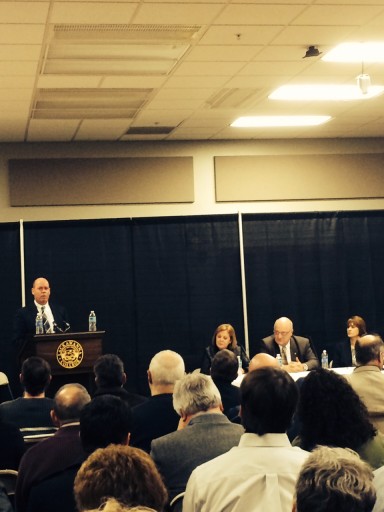 Perhaps the most telling comment summarizing the import of the entire event was made by a member of the audience, however, an individual who grew up in Williamsport and had this say:

“All my life Williamsport was dying. Now it’s not.”

Yes, that’s about right and that’s the future for Scranton, Wilkes-Barre, Binghamton, Elmira and any other small struggling city that’s will to grab the shale opportunity with both hands and go for it. Hats are off to Lackawanna College for pointing the way, not only with their own initiatives but in sponsoring this Energy Lecture Series. The next one is scheduled for 6:30 PM  March 5, 2014 and will be on the subject of “The Education of Shale” A Bright Future.”

2 thoughts on “The Shale Gas Bonanza; The Economy of Shale”