Sadly, as Pennsylvania gets back up and running after the virus, the pressure will grow, yet again, for a new severance tax on top of the one we have now.

Pennsylvania will soon be up and running again. When that happens and everyone has to face the fact budgets are busted, many will be looking for easy solutions. Their eyes, of course, will inevitably turn to the gas industry with new calls for a severance tax, but I’m here to say don’t even think about it. This would be the worst possible time to try to impose a new additional tax on consumers, industry and landowners. We already have an impact fee and we can’t afford another severance tax on top of it. 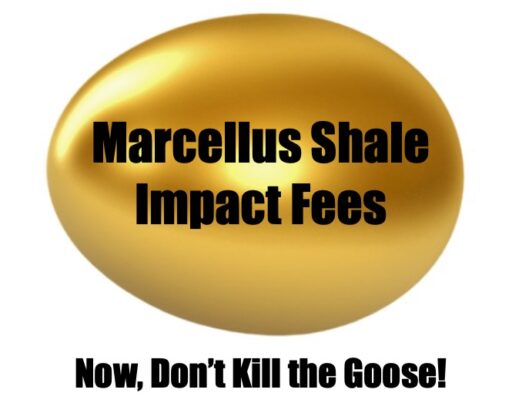 Yes, the existing impact fee is a severance tax. Let’s not forget that when the cries begin to rise once more for a severance tax on the false basis that Pennsylvania has never had one. We most definitely have a severance tax. We just don’t have a severance tax that’s labeled as one. It was called an impact fee for no other reason than our Governor at the time didn’t want to be known as a fellow who raised taxes, but he did and he did it with the cooperation of the industry itself. It has worked very well, has been extraordinarily fair (no tax is perfectly fair) and has enjoyed widespread support across the Commonwealth.

The fact some wish to exploit the euphemistic loophole doesn’t change the fact Pennsylvania has a severance tax a/k/a impact fee that has, since 2012, generated over $1.7 billion for the Commonwealth and communities all across the Keystone State. Moreover, that total is expected to grow to nearly $2 billion in total impact taxes this year, which is nothing short of incredible. But, the finders of the goose laying all those golden eggs have found their appetites for eggs whetted. They’ve shut their eyes to the fact Pennsylvania natural gas producers are among the most highly taxed in the nation and gone to simply screaming “more, more.”

That’s not a particularly good idea, though. Governor Wolf says consumers in other states who use our gas will pay the bill, or at least most of it, but that ignores the role of prices and they way they work. Natural gas is a commodity and demand is not as inelastic as he and others might like to imagine. No, the consumers in this case, are represented by large utility companies who can choose to purchase their gas from other lower cost sources, for instance. Our Pennsylvania gas is cheaper for the East Coast metro markets because it’s closer and, if it’s dry gas that requires no additional processing, it’s cheaper yet. Add a severance tax and that margin evaporates, which means no money for anyone, including the Commonwealth.

Utilities who buy electricity will also shift to buying coal or nuclear-generated power. They won’t shift to renewables without major subsidies or orders to do so, but, if they do, that will only increase costs to Pennsylvania and other electric consumers. We’ll get double-taxed, in other words. The politicians won’t care if it can all be sufficiently hidden, but consumers, ratepayers and taxpayers sure as heck will care when they see their electric bills.

They aren’t the only who will be hurt. Not all the costs cannot be simply passed onto consumers, some will have to be absorbed and that means gas companies and landowners. Gas companies will be hurt but they, at least, have an option to slow down or stop drilling and to move new drilling elsewhere, many of them having holdings in other states and regions and all of them them having the unfortunate ability to simply go out of business.

Landowners, though, are locked in place. They will have to absorb their share of the new additional severance taxes with no option but to simply take the hit. Thus it is that an additional severance tax will take money from landowners in places such as Susquehanna and Washington Counties and give it to others in Bucks and Montgomery Counties, for example, which means stealing from the less wealthy  and giving to the more wealthy.

Let’s also not forget the situation that now faces gas companies and landowners; a combination of a supply glut and extreme drop in demand due to the virus and the lockdowns it has created. The first part might seem to be on the industry to solve, but that ignores the excessive regulation and outright chicanery that’s been taking place with respect to pipelines that would deliver that gas to places that need it. New York’s Governor Cuomo has blocked pipeline after pipeline, which puts the lie to the idea we can just ship our severance tax elsewhere.

The impact of the virus is the bigger problem. The extreme decline in demand has put the industry in peril and many companies may not survive. This doesn’t necessarily mean it’s the job of government to save it but it surely means the government should do no harm. Is there any doubt an additional severance on top of the one we have now would be of great harm when the industry is on its knees? I think not, but the threat is very real, because the excuse, however flawed, is palpable in the minds of politicians.

There is much more, of course. That’s why this is just the first of a series of posts on this issue, but consider the following basics:

We’ll dig into the above data in more detail in a future post but, for now, this tells us why a severance tax would be devastating for Pennsylvania as a whole and especially its rural counties.

1 thought on “Severance Tax? Don’t Even Think About It, Governor Wolf!”