Going unnoticed in the unfolding Clinton Foundation scandal is the role of the Rockefeller family, the chief force behind fractivism in this country.

The WikiLeaks files are revealing a huge scandal revolving around the Clinton Foundation which is quite obviously nothing more than a vehicle to enrich the former President. It’s not the type of subject I normally get into here. I am always alert, though, to the role of the Rockefeller family, the principal financier of fractivism, in exerting its influence behind the scenes to further its special interests. They’re non-partisan in that regard, of course, so this is less about politics than simple corruption. It turns out the Rockefeller family in integrally involved with the Clinton Foundation scandal. 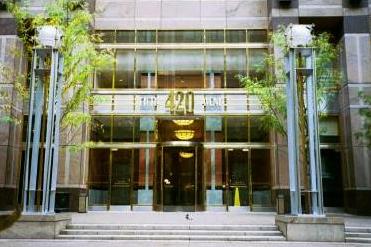 Two WikiLeaks releases serve to illustrate. The first is an internal e-mail from Cheryl Mills, Hillary Clinton’s aid and attorney, to John Podesta, the chair of her campaign. It passes along an article from Human Events relating the following (with the obvious purpose of dealing with the potential fallout at some point). The article is about the role Teneo Strategy, a firm set up to funnel money to the former President under the guise of consulting. It’s a sordid story, well worth reading in total, but here’s what got my attention (emphasis added):

Teneo landed its first major client June 1, when the Rockefeller Foundation gave Teneo a $3,447,150, six-month contract to help plan the foundation’s 2013 centennial. The foundation is another member of the Clinton’s extended family. It gave Clinton its Lifetime Innovation Achievement Award July 27 and the foundation is listed as a between $1 to $5 million contributor to the William J. Clinton Foundation, along with several members of the Rockefeller family who are listed as individual contributors.

Almost $3.5 million just “help plan” a foundation centennial? No one should believe this was anything other than a pay to play payment. This is a perfect illustration of how the fractivist plutocracy exercises political influence using a tax-exempt charity for cover. It is pure cronyism and corrupt in every respect. There should be a Congressional investigation and an independent prosecutor to pursue this abuse of the tax-exempt system. And, where is Preet Bharara on this one? It’s not like he doesn’t know how this same family is part of Governor Corruptocrat’s scams and has corrupted a series of governors (both Democrats and Republicans) with their special land deals.

The second WikiLeaks release of interest is this one, from Clinton Global Initiative (part of the Clinton Foundation) CEO Robert Harrison to John Podesta, the big fixer:

Milia relayed your request for clarification of my reason for wanting to get together with you for 1/2 hour (preferably in person) in the next two to three weeks. I realize how busy you are and would not ask to take up any time if it were not important.

I will be meeting with the Executive Committee of the Foundation (WJC, Chelsea, Bruce and Donna) on November 17th to discuss strategy for CGI. The first part of the meeting will include the CGI Directors and the Clintons’ personal staff and will focus on 2016. The second part of the meeting will be private. During the private session, I will initiate a discussion of strategy for CGI in 2017 and beyond. Given the high level of (job) insecurity among CGI staff and the questions our members and sponsors > regularly ask us about the future of CGI, it is imperative that we formulate an answer to the question whether CGI can and will exist beyond 2016 if Secretary Clinton becomes the next President. And if the answer is “yes”, I need to understand what may or will need to change from the way we have operated over the past decade.

There are two fundamental issues:

1) In its current form, CGI’s existence depends on President Clinton’s active and visible participation as the convener.

2) The economic viability of CGI depends on its ability to attract members and sponsors to support the enterprise.

The reason I would like to speak with you privately is to understand your perspective on the constraints we may need to adopt under an HRC administration. You are uniquely positioned as someone who knows CGI as well as anyone and who was in the middle of the legal and ethical discussions in 2008 that eventually led to changes in the way CGI (and the Foundation) did business during Secretary Clinton’s term as Secretary of State. Without a better feel for the likely constraints under a potential HRC presidency, I am not able to give useful strategic advice to the principals.

Here are a few of the issues we will need to address if HRC is President:

1) Can WJC invite members to, and host, CGI events?

2) Can CGI hold the kind of events we have historically held? (Annual Meeting, CGI America, CGI U, and CGI International (already eliminated for the campaign)

3) What restrictions on types of sponsors will need to be taken into account? (corporations, individuals, foundations, foreign? Is Rockefeller Foundation okay, but Procter and Gamble not?)

4) If corporate or individual or foreign sponsorship is precluded, is there an acceptable membership alternative for those organizations, and at what price point does that fee become unacceptable?

John, I am not looking for you to provide me with answers, but I have no ability to propose a business model that can work beyond 2016 without having a better feel for how the lawyers and ethicists in a Hillary Clinton White House might look at these issues.

Looking forward to seeing you soon, and can you please confirm that you received this? I have had a few challenges with the upgrade of my MacBook Air software last week.

Could it possibly be any worse? All the talk about a “business model” and “economic viability” and “job security” tells us exactly what’s going on here, doesn’t it? These people are feeding off the taxpayers and treating themselves to a feast of cronyism.

They are manipulating elitists and special interests to get their way and vice-versa with the end result being more land land deals, more strategic parkification and more corruption at the expense of Upstate New Yorkers and others who need natural gas development; development that would be a huge benefit to reducing carbon emissions that are supposed to be what the family so ardently desires. That it’s really about the Rockefeller family’s special interests (not to mention others’) should be apparent to all.

UPDATE: Here’s another WikiLeaks email from a State Department staffer to Hillary Clinton as she was about to leave office:

I forgot to tell you that Judith Rodin offered you a suite of offices after you leave State for your own use at Rockefeller Fdtn, if you’re interested –with no strings attached. She also said the they’d be happy to provide you with a month at their center in Bellagio if you just want to read and write in a beautiful place.

And, here’s the scoop on Bellagio (pictured below): 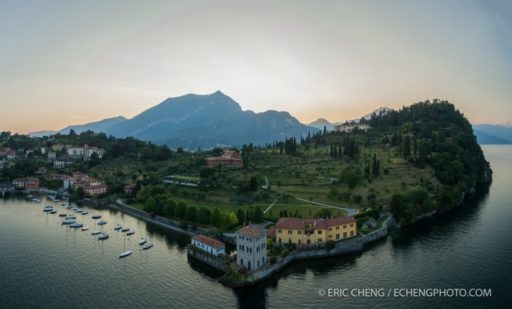 This is how the Rockefeller Foundation co-opts and corrupts everyone connected with it.

One thought on “Rockefeller Family Deep Into Clinton Foundation Corruption”