The recent history of New York is one of corruption and rampant political correctness that has led one man to say he’s no longer proud to be a New Yorker.

It saddens me to think that we were a free society with Constitutional rights given to us by the good sense of our forefathers and the blood their brothers spilled on the battle fields of farms, towns and cities.

I was born way too late in history to even pretend to have known the freedoms our ancestry enjoyed. This is a gas drilling website, but this letter is not so much about gas drilling as what I have learned about freedom in our long eight-year battle for gas drilling in New York. These are my feelings, as a New Yorker, about the state I used to love, what it was to me and what it has become. 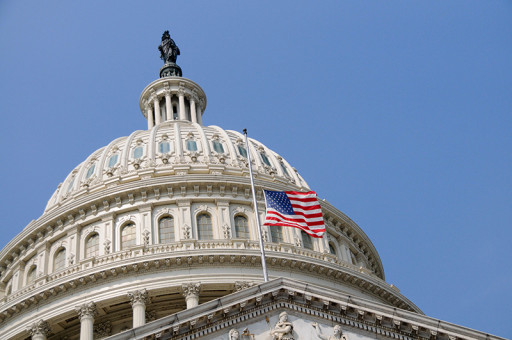 In 1976, the US Army battalion with which I was stationed held a contest in which 50 people would be chosen to carry their state flag in a bicentennial salute to be inspected by then-President Gerald Ford who was visiting the  base at Fort Riley, Kansas. One of the questions asked was posed in two parts and it was the one that won me the honor of carrying the New York flag at the bicentennial Parade.

How many trucks represent the US ARMY and where are they located?

Answer – “one” and it’s atop the flagpole in front of our nation’s capitol. [It’s a flagpole truck.]

What might you find in the dashboard of that truck?

That was 40 years ago, when we lived in a different country, one that believed in God, prayer in school, and that marriage was between a man and a women.  It was at a time when leaders of our country were more afraid of tripping down a flight of stairs, then being politically correct.

So you understand, let me define political correctness for you:

To mouth only what you think others see as right, not what you believe is right; to surrender your beliefs to peer pressure in favor of being liked.

I do my best to do the opposite. I can’t speak for the other 49 states, but let me share what I know about New York, the state I once loved and was proud to boast about, a state now sacrificed to political correctness!

Some of you will disagree with me on these points and that’s fine, but we ought to be able to civil debates about them and not have our futures determined for us an intolerant minority that’s determined to make us accept their beliefs.

What have we become but a silent majority of apathetic sheep willing to allow the beat down of our morality. our spirituality and our history legacy of being a free nation under God, indivisible, with liberty and justice for all?

How have we managed to let ideologues deprive us of so many of our property rights – to the point we have nothing of value left in comparison to the extraordinary tax burdens of every New Yorker?

Our children in school today are taught math and science but cursive writing skills have gone out the window. Who, then, will read to them the letters of their parents and grandparents so that history can be passed down in a factual manner and not repackaged as part of some progressive indoctrination campaign?

When a government such as the one to which this New Yorker is now subject decides to over-regulate and deny the individual rights of property owners based on a campaign of fear ginned up by contributions from New York City socialites and trial lawyers, where does the loss of freedom end?

When scientist and doctors are hired and fired because they don’t fit the political agenda (e.g., Dr. Shaw vs. Howard Zucker) then we are doomed as a free people, doomed as a free society, to live in the swallow of oppressors who, themselves, have no idea of the damage they’ve done.

When a man such as Joe Martens is appointed temporarily to a position of authority and responsibility on behalf of us all, but then acts only on behalf of the wealthy few from which he came, returning to their fold when he’s killed the economic opportunity they so ardently desired be squashed, how is any different than a Mafia hit man?

I use to be so proud to be a New Yorker, to know that my service to this country, like that of most vets, meant keeping her free from that which is called government dictatorship, but now we have a governor, Cuomo, who fits that description like a glove.  Who does this man think he is; reigning over Upstate New York as if he was a king imposing his will on the peasants?

What gives Cuomo the right to condemn us to poverty and homelessness, to take away our homes and farms simply to increase his popularity among phony environmentalists? How does he get away with lying about so many things (e.g., climate change and clean energy) while engaging in some of the most corrupt examples of corporatism out there (e.g., Solar City)? Why does he put Elon Musk’s wants ahead of our needs? 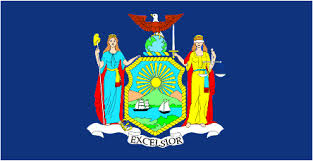 Today, when I see a New York flag, I hold my head down, trying not to see the Blue and Gold that once waved from my waist with such pride in 1976. Maybe it’s because I am older and wiser then that 20-year old kid, but, more likely, it’s because I have had a chance to experience New York democracy bought and paid for by the Kennedys, the Rockefellers, the Heinz Foundation, Yoko Ono and the Park Foundation – rich snobs all.

These are the people who have turned New York State upside down using Cuomo as their all-too-willing henchman. He’s man willing to say or do anything to gain their favor but I have a message for him; Governor Cuomo, black is not red, round is not flat, and no matter how many times you say it is, it still won’t be so. Truth always outs itself, eventually.

For those of you who say my right is to leave I say “I will” – simply give me back my investment, my years and I will pack up and be silenced. But, for those of you who felt this letter speaks to your own concerns and share the captivity of my distress, then vote. Your vote can be the bullet to a new revolution that corrects this madness call New York. Let’s try to get back to the point we can all be proud to be New Yorkers!

18 thoughts on “No Longer Proud to be a New Yorker”