Our friend Dan Markind has an interesting column at Forbes:

…our energy infrastructure remains incomplete and in many respects is even self-defeating. New domestic sources of energy from shale gas in Northeastern Pennsylvania – which in a different day and age would be seen as a God send to the country – cannot even get to places that desperately need them like the New York City area and New England because they are being blocked by environmental politics. 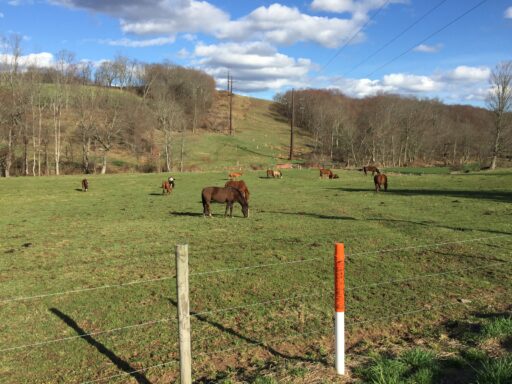 As a result, should the pandemic stay with us and even rebound during the winter – of which all medical experts say is possible, if not probable – we literally may not have the energy needed to fight it, and not just in terms of human resolve and willpower.

As we have seen with the willingness of everyone to don PPE’s made of fossil fuels and to switch to store-supplied plastic bags to avoid spreading the disease at our groceries, environmental idealism tends to wane when facing the prospect of immediate infection, or even possible death. There is no reason to believe the country’s attitude would be any different when it comes to heating our homes and meeting electrical needs generally.

Dan gets it right, as i see it. Natural gas pipelines: bring them on, now!

You’re Unemployed? Too Bad. Let’s Get Going on the Climate!

From the “you can’t be serious” category:

What does Gov. Inslee think about these shattered lives? He views it as a great opportunity.

In a disgustingly tone-deaf interview on Bernie Sanders’ website, Inslee told the Bernie-bros, “this has always been an economic opportunity … we should not be intimidated by people who say you should not use this COVID crisis to peddle a solution to climate change … we can’t use COVID as an excuse for inaction on climate change … they’re both so similar … based on an understanding of science.” 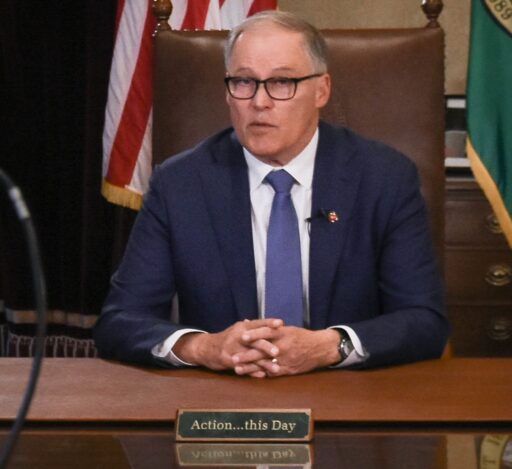 “Action…this Day” he says. Spoken like the ideologue and totalitarian he is. Washington State is yet another where ignorant urban voters (from Seattle in this instance) are committing state hara-kiri, imagining it’s a self-crowning.

Inslee’s failed presidential bid — with climate change as his singular focus — earned him 0% support among Democrats. Now, with our state’s workers and business owners looking at what could be decade-long financial ruin, he has decided to continue down that insane path.

How is that folks such as Inslee get elected to anything? Will someone please explain? I truly don’t understand. Are the people in Washington State really this obtuse?

Speaking of electing nincompoops…Canada hasn’t done especially well either. In what world does Justin Trudeau count as anything but a man-child? How is it possible he got elected? But, there are sensible folks at the Montreal Economic Institute:

We must … wonder what the cost of the total electrification of Quebec would be. Also, what would be the environmental footprint of building the dams and power plants that such an operation would require? How many tonnes of GHGs will need to be emitted to build facilities whose frequency of use would be marginal? And how much will continue to be emitted for their maintenance? If Quebec is to electrify a significant share of its transport sector, it should at least give itself some room to manoeuvre so that electric vehicles can be usable throughout the year, even during periods of high demand in winter.

Natural gas, though, can play a much more important role than providing electricity to HydroQuébec clients during peak periods. As a source of heat for domestic, commercial, and industrial buildings, gas is both efficient and economical. Its wider use, by itself or through dual heating, would greatly facilitate the electrification of the province’s economy, without having to double current hydroelectric facilities…

The benefits related to the development of Quebec’s natural gas, which exist at all times, are brought into stark relief by the almost unprecedented economic crisis that the entire world is facing. In addition to creating high-quality jobs in a time when these are becoming harder to find, the emergence of a gas industry in Quebec would increase its energy independence and place it in a better position to face future crises, if these should disturb normal supply chains.

While it is true that the revival of this industry in Quebec will probably not happen in the short term (due to the prices at which hydrocarbons are being sold as we write these lines), some reflection is in order on the part of Quebec’s provincial and municipal governments.

The province’s energy profile, Hydro-Québec’s production capacity, the increasing demand for electricity that will only continue to grow in the context of large-scale electrification, the alternatives to hydroelectricity that are available here, the presence under Quebec soil of an accessible resource that would allow for economic and environmental gains—all of these factors show that there is no reason for our political decision-makers to continue hampering the development of natural gas, as they have done in recent years by imposing an arbitrary or unnecessarily burdensome regulatory process, thus depriving Quebecers of its potentially considerable benefits. Quebec is ready for the responsible development of all of its resources, and natural gas should be among them.

Planet Greening on Its Own?

This is amazing and needs to be shared because it speaks truth to green scammers:

A new paper finds higher than expected CO2 fertilization inferred from leaf to global observations.  The paper predicts that the Earth is going to gain nearly three times as much green matter as was predicted by the IPCC AR5…

The innocuously titled paper, “Higher than expected CO2 fertilization inferred from leaf to global observations”, by Vanessa Haverd (of Australia’s CSIRO) and eight coauthors uses a biophysical model and observed climate to back-calculate global primary productivity (GPP; the net change in standing vegetation per year), and to forward-calculate it using climate model forecasts…

The paper predicted that the earth is going to gain nearly three times as much green matter as was forecast in the last (2013) IPCC report. It is noteworthy that Haverd’s model very faithfully reproduced the satellite-sensed changes in leaf area index shown by Zhu et al. (2016), which found the greatest greenings to be in the world’s semiarid tropics, tropical forests, and a smaller (but significant) increase in temperate latitudes. (I noted that paper here in 2018).

It’s very reassuring when two radically different methods—satellite sensing (Zhu) and a biophysical model (Haverd) come up with pretty much the same answer: we are greening up the earth fast, especially in critical tropical ecosystems.

Under a plausible emissions pathway, this will pull so much carbon dioxide out of the air that we could meet the Paris Accord of keeping surface warming below 2⁰C. Specifically, the authors wrote, 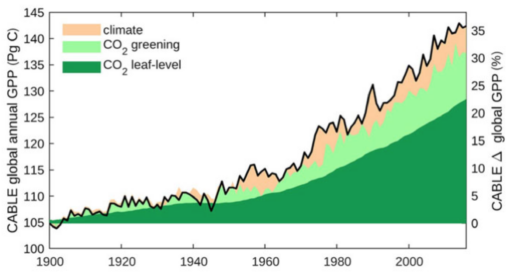 Obviously, if increasing atmospheric carbon dioxide caused so much planetary greening in 1980-2016 (Figure 2), it stands to reason that there’s going to be a much bigger change during the remainder of this century. Using a similar approach to what they applied to the past (but now climate forecasts are substituted for observations), they estimated the increase in green-ness that would result from either doubling atmospheric carbon dioxide from its preindustrial background, or putting the world on a low-emission pathway in which its concentration peaks at 440 parts per million (ppm) around 2050. (For reference, the annual average for 2020 is likely to be around 410ppm). The emissions scenario in Haverd is the UN’s Representative Concentration Pathway (RCP) 2.6, their lowest one.

University of Guelph Economist Ross McKitrick recently demonstrated that global carbon dioxide concentrations have been below every UN scenario generated from the 1990s onward, so the lower-peaking scenario isn’t just fantasy. (My own opinion, consistent with many others, is that we are currently running around RCP 6.0.)

In the doubling scenario (from a nominal 300 to 600ppm) they project a whopping 47% increase in green biomass from 2006-2099. That’s over and above the 37% increase already observed since 1900 (Figure 1). So we are going to come darned close to doubling the earth’s green vegetation since 1900 with no particular conservation effort.  Doubling of the CO2 concentration (relative to preindustrial) will likely occur sometime around 2070 or so.

The changes in green matter increase projected for 2006-2099 using RCP 2.6 are still huge. Read their words (and I hope your sitting down): “…we estimate a cumulative biophysical sink…equivalent to 17 years of anthropogenic emissions at current rates [emphasis added].

RCP 2.6 is associated with 2.4⁰C of warming (since preindustrial) by 2100. The goal of the Paris Agreement is to hold warming to two degrees or below. The reduction in warming from the equivalent of 17 years of zero emissions is, of course, spread through the century, but if it took place now (according to the UN’s models) it would reduce 0.5⁰C of the expected warming. The IPCC models have us warming at roughly 0.3⁰C/decade in the near term, but Haverd et al. tell us we will effectively have 1.7 decades of zero emissions thanks to greening.

A little math: 2.4⁰ (the UN’s expected RCP 2.6 warming to 2100) minus 0.5⁰ (the reduction in warming from 17 years of zero emissions) = 1.9⁰C of warming. Thanks to the wonders of photosynthesis on God’s getting-greener earth, we meet the Paris Accord.

That should have been front-page news. Instead, at least according to google, there hasn’t been one story about this astounding paper.

Interesting, but it will be buried unless we all spread the news.