Wealthy Climate Crusaders Have An Objective:
Distracting from Their Own Consumption

This opinion piece in the Toronto Sun is worth reading but the title, “Rich Hypocrites Are the Real Climate Deniers,” somewhat misses the point, as you’ll see:

A recent study by the University of Leeds in the U.K. says rich people are most to blame for human-induced climate change.

As reported by the BBC, the wealthiest 10% of people in the 86 countries surveyed consume 20 times more fossil fuel energy than the poorest 10%.

The largest disparity is in the transportation sector, where the top 10% consume 187 times more fossil fuel energy than the bottom 10%.

Poor people have always been the world’s greatest environmentalists.

A minimum wage worker in Canada, who thinks human-induced climate change is a hoax, is doing far more to “save the planet” than all of the rich and relatively rich people who mock and denounce him, or her, as a “climate denier.”

He, or she, is a better environmentalist than our current prime minister, or anyone in his cabinet, or in our elite, chattering classes who imagine themselves to be climate crusaders.

Ditto the never-ending array of global celebrities who tell everyone else to consume less while flying around the world in private jets and vacationing on luxury yachts.

Poor people are the world’s greatest environmentalists because they consume less than rich people.

They live in small apartments, not mansions.

They take public transit, not cars.

They don’t go on exotic vacations. 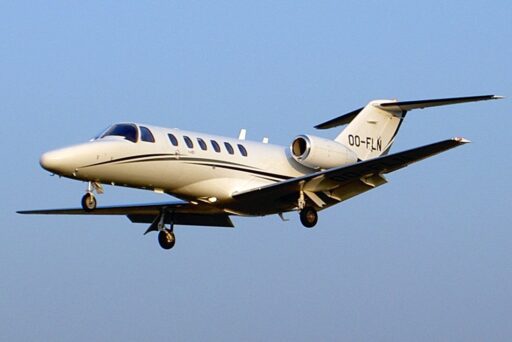 Is that Harry and Meghan?

They have few material possessions.

Since almost all goods and services consume fossil fuel energy, their carbon footprints are small because they consume less.

In responding to the study’s findings published in Nature Energy, Prof. Kevin Anderson of the U.K.’s Tyndall Centre for Climate Research — who wasn’t involved in the report — admirably stated the painfully obvious when it comes to the chattering classes.

As he told the BBC:

“This study tells relatively wealthy people like us what we don’t want to hear. The climate issue is framed by us high-emitters — the politicians, business people, journalists, academics … We have convinced ourselves that our lives are normal, yet the numbers tell a very different story.”

Why do I say the article somewhat misses the point? Because it assumes wealthy climate crusaders don’t see the hypocrisy. They do. They just don’t care. Indeed, the hypocrisy is totally intentional. It is a distraction. It is for the purpose of proclaiming “we are all sinners and must repent,” deliberately lumping themselves in with others to spread the blame, realizing most folks would love to be rich and will, therefore, excuse the behavior in hopes they get a shot at it, too.

This is why screaming “hypocrite” seldom accomplishes much. What we should do is simply ask them to stop flying on private jets, building extravagant second homes and treating themselves to fancy vacations. One media-covered protest in front of jet-setting Prince Harry and Meghan Markle’s new home in Los Angeles might help.

One of our readers and generous supporters liked our post on roughneck music. He also pointed out that I missed a good oil (and natural gas) field song by Corb Lund, a Canadian singer (from Alberta) who frequently tours in the U.S. and here he is, singing “Roughest Neck Around,” which is quite good, I think, in conveying the reality of being a roughneck:

Our reader especially likes this line:

“You better hire him on, he’s the roughest neck around,

He got the power in his hands to pull the dragons from the ground.”

I like the “he gets power to the people,” as well. And, the comments are just as good. Here’s a sampling:

Yep, I was a rig pig, had a bag of dry woollies, 6 ratty pairs of coveralls and two 5 gallon pails full of dirty and 1/2 dirty Green Kings, that was our ‘protective’ gear back in the 80s. Old Money Packard was our tool push, he’d give us those orange rubber cotton lined gloves when it got to blowing really hard, I sure miss that man, he was fair. I remember plenty -25s and colder, snowing and blowing like crazy, me and another floor hand each of us got a 12 or sometimes a 16 pound sledge hammer to pound in a bunch of 1 ton truck axles into the frozen prairia dirt. We used the axles for connecting the safety cables to, I believe it did made us a wee bit tougher as it was truly a brutal work out!…

Best part ” he got his mud weight right,” most important part of drilling…

Love it! Thank you, Dale!

The Picture Worth A Million Words

Sorry for the dark humor (sort of) but I can’t not share this: 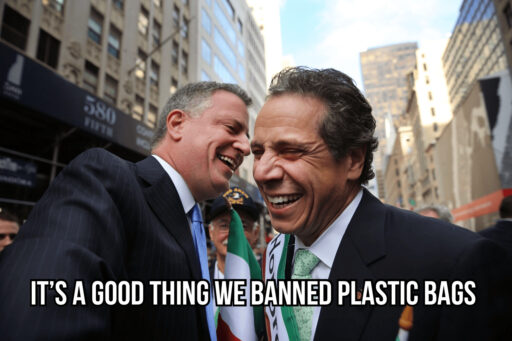 Plastic bag bans are so yesterday, already, aren’t they? Wanna bet these two bozos (who hate each other) aren’t both thankful they have a steady supply of natural gas for the moment? And, plastic bags made with natural gas?