The Department of the Interior has approved plans for an Alaska Liquified Natural Gas Pipeline Project:

“With this approval, the Trump Administration is keeping its commitment to work with local governments and partners,” Casey Hammond,principal deputy assistant secretary for land and minerals management, said in the DOI announcement.“This project will enable more Alaska-produced energy to enter the market through modern, efficient technology and create opportunities for Americans.”

“The project includes the potential to supply Denali National Park and Preserve and nearby communities with natural gas,” Robert Wallace, assistant secretary for fish and wildlife and Parks, said.“Careful environmental management will ensure park resources, including wildlife, wetlands, vegetation, and noise/soundscapes, will be protected during and after construction.” 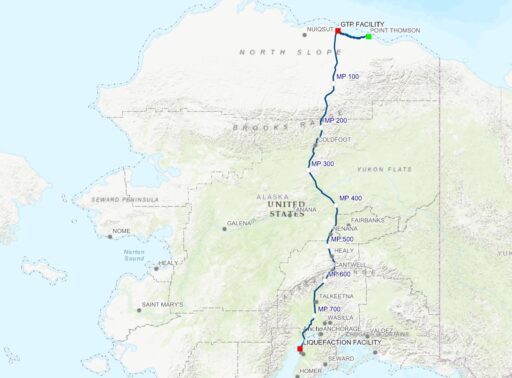 “The NPS (National Parks Service) is issuing a right-of-way for the approximately six-mile portion of pipeline within a non-wilderness area of the Denali National Park and Preserve (DNPP),” the announcement said. “The route selected through the park is near the existing transportation corridor (the Parks Highway and Alaska Railroad extend across this area of the park), which limits impacts to park viewsheds and overall acreage of wetlands, and reduces the need for additional roads and their associated impacts.”

Environmentalists have opposed the project…

Is there anything, anything at all that so-called “environmentalists” don’t oppose? And, why are we giving them unearned credibility by even calling them environmentalists? That’s their term. We should simply call them obstructionists.

The latest edition of Shale Magazine includes an article by yours truly:

Pennsylvania Governor Tom Wolf, during his first term, put on as much of a happy a face as the man could muster with respect to natural gas, knowing so much of the Keystone State economy depended on it. Reelection in 2018, though, freed Wolf to be the man he really is; the man who spoke at a Democracy Alliance #Resistance confab in California in 2017. Thinking it was all relatively secret, he talked there about how to advance the policies of this outfit. Democracy Alliance had funded Citizen Action of New York, one of the key organizers of anti-fracking efforts in the Empire State, but Tom Wolf wanted in. 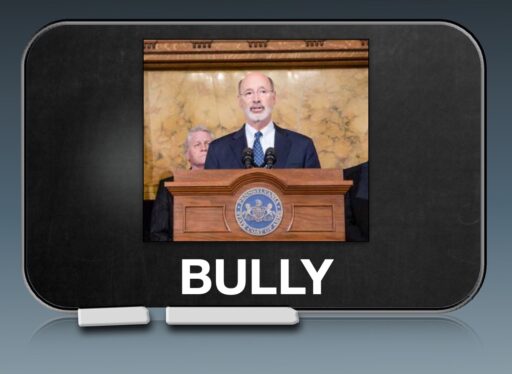 Yes, and now that Tom Wolf is free he’s committed Pennsylvania to follow New York’s lead on several matters. These have included his decision, on his own, to put the Commonwealth into the Regional Greenhouse Gas Initiative (RGGI), the member states of which have accomplished but half of what Pennsylvania has done in reducing carbon emissions.  But, they have managed to raise their electricity prices in inverse proportion, which counts as an accomplishment in the green world of renewables rent-seeking schemes…

This is what Tom Wolf has wrought. He’s no friend of natural gas and never has been. He wants the plaudits of radical enviros and the sort of elites he so enjoyed mingling with at the Democracy Alliance #Resistance get-together in 2017. He’s now revealing who is really is and he’s not about Pennsylvania’s welfare but, rather, Tom Wolf’s image with the gentry class.

Read the whole thing but know that Wolf was just essentially forced by a large bi-partisan majority of the Pennsylvania legislature to slow down on RGGI and sign HB 1100, which is what can happen when you stand up to bullies! More on the latter coming soon!

Some great data from EIA:

Electricity is a secondary energy source that is produced when primary energy sources (for example, natural gas, coal, wind) are converted into electric power. When energy is transformed from one form to another and moved from one place to another, some of the input energy is lost in the process. Some input energy is lost during electricity generation as well as other processes such as when vehicles burn gasoline. 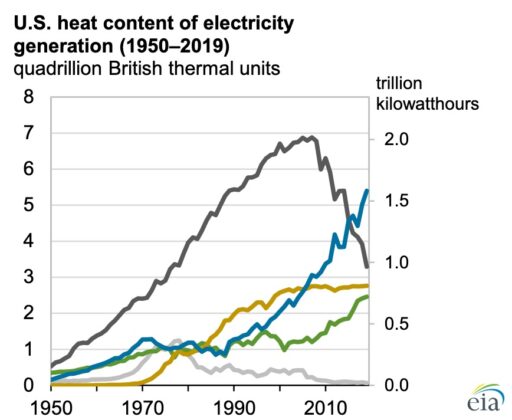 In recent decades, the U.S. electric power grid’s fuel mix has shifted from mostly coal to a more diverse selection of fuels, including natural gas and renewable energy. In particular, the shift toward newer, more efficient natural gas-fired power plants with combined-cycle generators has resulted in an increase in the average efficiency of fossil fuel-fired electric power plants and in lower levels of overall conversion losses.

Yep, cleaner and more efficient than coal and renewables haven’t been able to survive without massive subsidies. What does that tell us? That we’re still in a golden age of gas.

A Tale of Green and More

Another contribution from our Poet Laureate, Aaron Price:

Green,
Think of Oil and Gas,
And of Trees and Men,
And of Want and Need.

What Men want,
They often lack,
But what Men get,
As defined by Green,
Is what they seek.

Men need fuel for their
Businesses and cars;
And yes, Men know
Because they are Men
Where the forests are.

But a Tree
Will not run a tank,
Or an SUV;
And even a whole Forest
Would find it hard
To power a modern city. 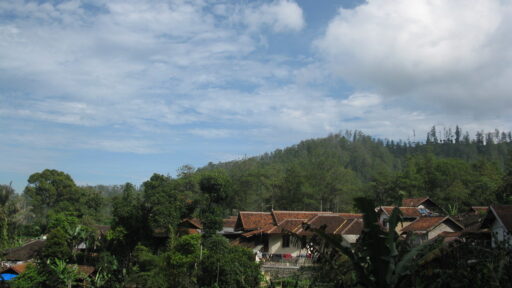 That is why
Oil and Natural Gas
Have their rightful place
In Green;
And a larger place,
Than many Greens
Would want or believe.

Because the greatest crime
Against Green is this:
To believe we can
“Get there” without
Property or law,
Or the things
Like Oil and Gas
We will need
If we are to
Begin to share.

This is an interesting topic:
Wait and see how politicians act.
Then you will see
How true they are to Green,
Or whether to them,
Green is merely
A new excuse
To spend and tax.

How, as a country,
Do we define
Crime against Green?
Well, as Green
Men and women
We define crime
Against nature differently,
Than do the
Owners merely of
Private property.

The first thing to understand
Is our definition is rooted
Firmly in reality,
In the beauty of Nature,
And the wonderful ways
That Nature can work for Man.

Think of a Tree,
Its mighty limbs and its trunk,
And the forest where
It lives and breathes.
As an example of something
Man can not create but
Man can use and men can need.

In the name of the Law,
Private property is protected.
But the protection of
A woodlot or a Tree,
Does not inspire
Law enforcement to duty
Nearly enough
In this country.

Yes, in States all
Across this Nation,
There are conservation police,
And they work hard
For the people they serve.
but sadly, other law enforcement
Does not yet put
Crimes against nature or
Property owners first.

Maybe they shouldn’t,
But say to yourself,
Of your own land,
Or even if you are
An urban dweller
Green woman or Man,
Do you think natural property
Is protected at the level it is taxed?
Before you vote,
That is a question you should ask.