Methane emissions have been among the rallying cries of fractivists over the last year or so but the evidence from a recent study is devastating to their arguments.

The prospect methane emissions might contribute to global warming is the current favorite among objections raised by fractivists hoping to stop natural gas development. Their wolf cries about water use, water quality, well casing failures, supposedly insignificant jobs and a host of other “but, what about…” issues have been dealt with one by one and rendered irrelevant by experience.  Like the pests in whac-a-mole, the enemies of American energy independence just keeping popping up with new objections and this is the mole of the day, for now.  It’s the NIMBY way. Still, this, too, shall pass, and a recent study by the University of Texas at Austin is helping to set the record straight, after all the widely-panned speculation spawned by Tony Ingraffea and company.

Methane (Ch4) is thought to be a potent greenhouse gas (GHG) that contribute to global warming (assuming such warming is taking place, is man-caused and is a problem). Given methane is the primary component of natural gas, many suggest, quite unfairly, the natural gas industry must be the leading source of methane emissions in the country simply because domestic natural gas production has increased significantly over the last decade.

They also cite a national inventory of greenhouse gas emissions released by the Environmental Protection Agency (EPA) earlier this year, which detailed all manmade GHG emissions in 2011. It estimated 2,545 Gigagrams (Gg) of methane came from natural gas production activities across the country, with 654 (Gg) coming specifically from completion flowbacks from wells with hydraulic fracturing. The report also suggested 25% of those methane emissions came from well completion operations but, a new study from the University of Texas at Austin is challenging the EPA’s estimates, especially those associated with hydraulic fracturing flowback. 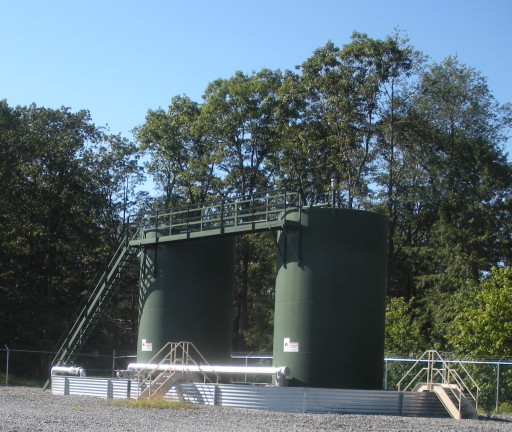 After analyzing 190 production sites across the United States, researchers found the methane emissions were measurable lower than expected based on EPA estimates and those from completion flowbacks were off by a factor of 81 to 1.7, which is simply astonishing.

Here is the relevant section from the study:

These data provide extensive measurements on methane emissions from well completions that can be used in national emission estimates. Current national inventories of methane emissions have been assembled, based on simple engineering models of the completion process. In the most recent EPA national greenhouse gas emission inventory (2011 inventory, released April 2013), 8,077 well completions with hydraulic fracturing are estimated to result in 654 Gg per year of emissions, for an average of 81 Mg of methane per completion flowback (compared with 1.7 Mg per flowback for the events reported here).

To understand the reasons for the much lower emissions per event reported in this work, it is useful to define a potential emission for each flowback. The potential of a flowback to emit is defined here, and in the EPA national inventory, as the methane that would be emitted if all of the methane leaving the wellhead during the flowback were vented to the atmosphere. Potential emissions for the wells in this work ranged from 0.2 Mg to more than 1 Gg methane, with an average of 124 Mg. The average from the EPA national inventory is slightly higher at 151 Mg.

The EPA estimates GHG emissions from 2011 was so far off the reasons set forth above (use of new technology and improved operating procedures) but also because the EPA relied upon engineering models and not on-site sampling. Researchers from the University of Texas at Austin, to get a more accurate inventory, used on-site measurements of methane emissions from natural gas production in shale production regions finding each well produced an average of only 1.7 Mg of methane per flowback operation compared to the 81 Mg estimated by EPA.

The EPA model did not adequately account for greener techniques, regulations or new technologies for controlling methane emissions. Researchers from the University of Texas at Austin observed 67% of wells sent methane to sales or other control devices where 99% of potential emissions were captured or controlled through flaring. Moreover, in the case of the remaining wells, those allowed to vent methane directly into the atmosphere, the researchers also found this impact to be less than previously thought. They observed nine wells and found the average potential methane emission was but 0.83 Mgm, which was only 0.55% of the average potential in the national inventory.

That’s  a major variation by anyone’s judgment and is explained by the fact natural gas sent immediately to sales is separated from water as it returns to surface and is put into to a pipeline, where it will be sold to end users. This method, as common sense dictates, is the greenest technique for managing methane emissions because no GHG (carbon dioxide or methane) can or is being emitted while the well flows back.

If a pipeline is not available to send the gas immediately to sales, the gas and water returning via flowback is separated and the gas is burned off in a controlled manner. This produces carbon dioxide (CO2) and water vapor (H2O), but the carbon dioxide, though also considered a greenhouse gas, has far less impact on the environment. Carbon dioxide, in fact, is essential to life, as all former high school biology students will recall, but we’ll address that another time.

The story on fugitive methane emissions, in other words, is not all it’s cracked up to be.  There is a whole lot less of it than our Park Foundation friends at Cornell speculated and the numbers get better every day as companies such as Cabot Oil & Gas, for example, implement ever greener techniques of production.  Thats the real story, after all.