Maryland fracking may have hit a stalemate. With nearly seven more months before we can break ground, the competition is getting tough as fake facts fly.

Compromise is a term that is often thrown around when it comes to hot topic debates, but the truth is, there is often no compromise, only irony. This is even truer when we look at current events with respect to Maryland fracking. Just like the Southern Tier of New York, Western Maryland needs natural gas development to prosper economically but is at the mercy of urban demagogues who dominate state politics and couldn’t possibly care less.

Just as I feared, spineless politicians and ideological grunts are pushing a fracking ban forward. According to the Food & Water Watch cronies, 23 Senators and 67 Delegates have sponsored the legislation. I do not doubt those numbers as their pet project, “Don’t Frack Maryland,” has protested and chanted outside the office of every Senator in Maryland. 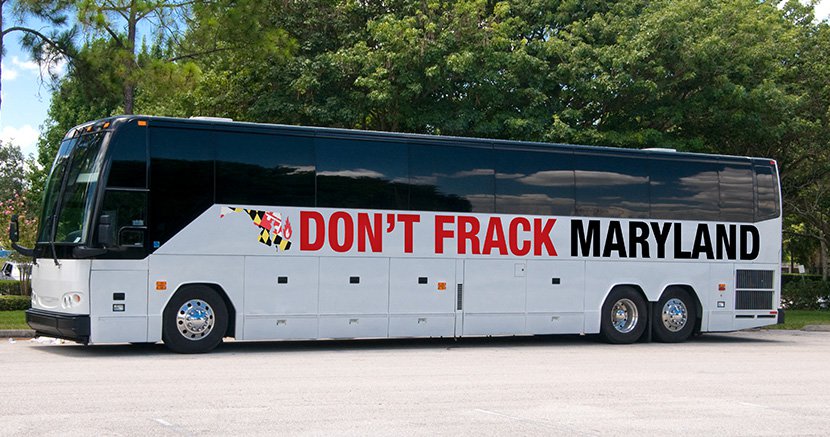 On their website, professional protester Thomas Meyer writes how this is such great news and how they have worked so hard to make change happen in Maryland. I only ask, for whom? Certainly not the good folks of Western Maryland or anyone who gives a damn about reducing carbon emissions as fracking has done more for that cause than anything else. No Food & Water Watch is nothing more than anti-capitalist extremist group masquerading as an environmental cause.

Now that this debate is going into the General Assembly, the Don’t Frack Maryland folks are planning to host a “massive” march and rally in Annapolis on March 2. They are planning on it being so big, they are bussing people from across the state for it. Yep, they are loading environmentalists into a bus that may very well be burning compressed natural gas, to protest natural gas. Unless, of course, they’re diesel buses, which would be very bad indeed for the message these radicals want to send if anything bothered to give a single thought to it. Don’t you love the irony? Or, is it just hypocrisy?

The only hope that we have right now is with Senators George Edwards and Joan Carter Conway. As Maryland’s moratorium is set to expire on October 1, they have introduced a bill to extend the moratorium into 2019, but put it on a referendum for county residents in 2018. This will effective leave the decision to drill in the hands of the counties that actually have gas; those that have something to lose or gain directly. It could be good from one standpoint as the residents of Garrett and Allegany Counties have been hurting (they’re coal region people). This could be their only hope. Sen. Conway has been reluctant to give into the fractivists thus far and Edwards seems to understand gas will help the region. He says this:

“Look, the gold rush is over,” Edwards said. “There won’t be a bunch of people flocking in. There is a lot of gas in surrounding states. The people that come in will bring rigs. The drillers are experts. Local people can do pad work and other work. Once they drill, you still have people doing maintenance.”

This isn’t the message Meyers wants to disseminate to his mob of malcontents, though. He says everyone is being sold down the river, which is hardly surprising, given his job depends on fomenting hysteria and generating donations.

“This new “fracking in 2019” bill is exactly what the gas industry is looking for: time for gas prices to rise, and for more pipelines and the Cove Point export terminal to be built, followed by a drilling bonanza in Maryland.” 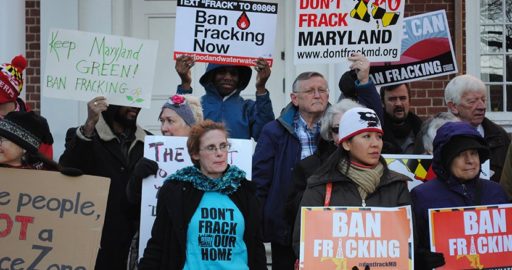 This single paragraph shows to us he has no idea what he is talking about. Cove Point is nearly done, so this isn’t going to be based on our fracking stances. Gas prices would still be at $4.00 plus a gallon if it were not for fracking, so this low hanging fruit he just picked is very sour. In fact, because of fracking we have saved $1,000 dollars a year.

Our ace in the pocket is still Gov. Hogan; he has taken a stance on supporting fracking, “as long as it can be done safely.” In other words, we can do it, as we have the strictest regulations in the industry – assuming we can have an industry to regulate.