When one puts aside all the arguing, the hyperbole and the science regarding hydraulic fracturing it ultimately comes down to simply managing the risks, like life itself.

A Canadian group called the Fraser Institute has written a report entitled Managing the Risks of Hydraulic Fracturing that takes us to a fundamental truth about fracking – just like everything else, it’s all a matter of managing risks.

The Fraser Institute is “an independent Canadian research and educational organization with locations throughout North America and international partners in over 85 countries.” Its work is financed by tax-deductible contributions and to protect its independence, the Institute accept no grants from government and has research contracts with industry. It does advocate for competitive markets and has a mission “to measure, study, and communicate the impact of competitive markets and government interventions on the welfare of individuals.” Its latest an excellent perspective on hydraulic fracturing that is easy to miss if, like many of us, you’re up to your ears in details. 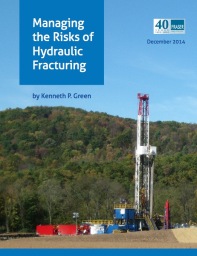 While Canada, like us, has its wacko fractivists, Canadian government typically takes a different approach to controversial issues. Canadians, as a whole, are less inclined to controversy than we are in the US. Understatement is more often the rule than the exception; exactly the opposite of us.

The Fraser Institute’s report reflects this seriousness in that it is very balanced and easily read, which we heartily encourage. Reading the whole thing is highly recommended, but the report’s conclusions speak for themselves and offer some very practical advice (emphasis added).

Hydraulic fracturing is a new application of old technologies that has unlocked large quantities of natural gas and liquid hydrocarbons—fuels that can be used to generate equally large quantities of economic benefit to Canadians. There is no question that the technology poses some risk to air quality, water quality, and ecosystem health. It also poses a risk of increasing greenhouse gas emissions. Other issues which are real but not discussed here are water consumption and worker-safety issues related to engaging in hydraulic fracturing.

But the literature on the risks of hydraulic fracturing, while voluminous, is not clear. The most authoritative studies by governmental academies and agencies suggest that more information needs to be gathered, but at present the risks are judged to be modest and manageable with existing technologies. 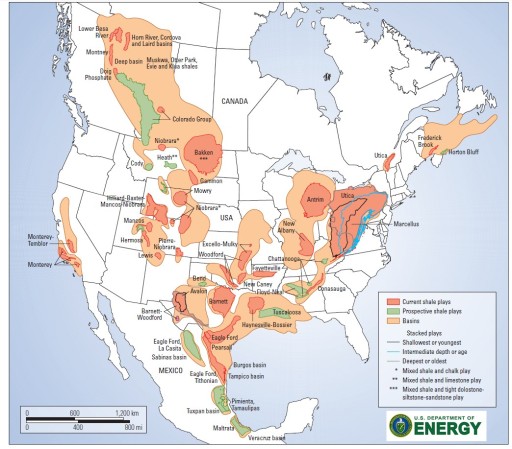 In the meantime, there are additional measures that can be implemented to further minimize risk, including requiring adequate levels of insurance, developing tracking technology that would allow for strict liability for companies that cause environmental damage, and the development of independent certifying organizations that can exert public pressure to encourage responsible behavior.

It goes without saying that one can gain little new knowledge (including of risks and how to best address them) if one stops experimenting. Bans and moratoria would seem to cut against the recommendation of gathering knowledge. By contrast, a strategy of governmental regulation, industry self-regulation, and the addition of innovative market incentives for superior per- formance would be a better approach for Canada. At the very least, this would allow us to develop knowledge about the activity and what risks are really associated with it, both generally and for each specific site, while allowing

Canadians to access the immense benefits of economic development in this area. Such an approach would also allow for innovation in protection and risk reduction, as individuals search for better and safer ways to develop this valuable resource.

Even the most recent studies of hydraulic fracturing safety call for variations on the “proceed with caution” theme. As a report of the Nova Scotia Independent Panel on Hydraulic Fracturing observes:

Consistent with the analyses of the report of the Chief Medical Officer of New Brunswick (Cleary, 2012), a review by Public Health England (Kibble et al., 2014), a report by the European Parliament (2011) and the Report of the Council of Canadian Academies (2014), we noted that a number of the potential long-term and cumulative public health impacts of hydraulic fracturing and its associated activities and tech- nologies are simply unknown at the present time. However, there is currently no evidence of catastrophic threats to public health in the short-to-medium term that would necessitate the banning of hydraulic fracturing outright. (Wheeler et al., 2014: 308)

The call for bans and moratoria are passionate, and no doubt heartfelt by those who fear the technology and/or oppose the product of that technology (hydrocarbons), but policymakers should ignore the siren song of the simplistic solution. Bans and moratoria may make it seem like one is taking action against risk, but they simply defer those risks to a later date, if and when activity resumes, which—given the vast economic potential of shale gas and oil—it most likely will.

We couldn’t agree more. This is wisdom and it’s a shame it’s not being applied in New Brunswick and, here in the US, in New York.

2 thoughts on “Hydraulic Fracturing, Like All, Is A Matter of Managing Risks”