[Editor’s Note: Politicians are now rapidly running away from radical green agendas and fracking bans, as Bob Bradley explains in this insightful post.]

In a ‘Campaign 2020’ essay (October 20, 2020), Timothy Cama of E&E News indirectly documents the obvious: Americans like their energy affordable convenient, and reliable. And what is true today will always be, putting the Green Agenda of energy scarcity and inconvenience on the defensive against nature and reality. 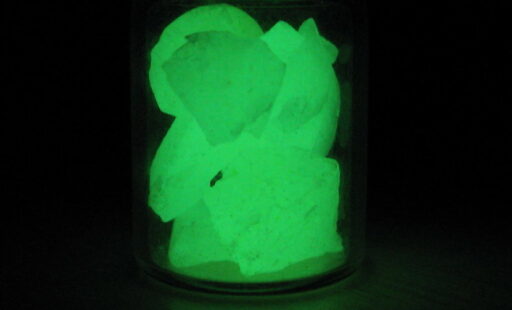 Jerry Taylor–libertarian-turned-statist (see here and here)–warned back in March 2019 when the Green New Deal emerged:

… the strategies and tactics you are pursuing through the Green New Deal amount to political malpractice. Moreover, the policy initiatives you’re promoting are rightly difficult for political actors to swallow. As veteran Democratic operative Stuart Eizenstat warned this month, “Speaking from experience, by demanding the moon, their proposals will crash on the launching pad and lead to nowhere good.”

And, the grand political package, according to Taylor,

… has provided Republicans with an opening to characterize the Green New Deal in the most lurid terms, which has naturally made Democrats deeply uncomfortable. When asked about the Green New Deal on MSNBC’s Morning Joe, for instance, Sen. Dick Durbin (IL) said “I’ve read it and I’ve reread it and I asked Ed Markey, what in the heck is this?” Speaker Nancy Pelosi has referred to it dismissively as “‘The Green Dream,’ or whatever they call it. Nobody knows what it is, but they’re for it, right?”

Republicans in tight congressional races around the country are working to tie their opponents to the Green New Deal, but Democrats are trying their best to steer clear of the ambitious proposal.

President Trump and national Republicans have for years worked to paint Democrats as too radical on the environment. That strategy is extending to a host of contested House and Senate contests.

In races from Alaska to South Carolina, Ohio and Colorado, the GOP is trying to weaponize the aggressive decarbonization plan pushed by progressives like Rep. Alexandria Ocasio-Cortez (D-N.Y.), often saying incorrectly that it would outlaw cheeseburgers and air travel.

But, with few exceptions, Democrats in close races are denouncing both the Green New Deal and quickly banning hydraulic fracturing when they get the opportunity, and are instead laying out their own, less aggressive plans to fight climate change.

This year’s races are the first major electoral test for the Green New Deal, which was thrust into the national spotlight following the 2018 midterm elections. And so far, few Democrats in the most competitive races think it’s a winner.

“I don’t know where Sen. McSally gets her information from. But since the Green New Deal was authored, I’ve been against it. There’s a lot of stuff in there that has nothing to do with climate,” Arizona Democrat Mark Kelly said in a recent debate against Sen. Martha McSally (R-Ariz.).

She referred to the proposal as the “Green Bad Deal,” adding that it would cost $93 trillion and “would be devastating to our economy.”

Kelly said of his opposition to the Green New Deal, “I’ve made that very clear,” adding that as a former Navy aviator, he knows the importance of fossil fuels.

“Many of the far-left groups pouring millions of dollars into my opponents are just for that agenda. He will empower that agenda that will shut down fisheries in the name of the environment, and I think that’s bad for Alaska and bad for fisheries,” Sullivan said at a recent debate focused on fisheries.

Gross responded, “Dan Sullivan continually claims that I’m for the Green New Deal. That’s a lie. That’s a falsehood, and it just shows how scared he is and concerned about losing his seat.”

The Green New Deal has been pivotal in races for left-leaning districts, and it has helped unseat some Democrats seen as not green enough — including New York Rep. Eliot Engel (E&E Daily, June 22).

The dynamic is completely different in races where Democrats are looking to hold contested seats or unseat vulnerable Republicans.

“The low country deserves someone who is not going to say one thing and do another when they get to D.C., like saying they’re against the Green New Deal and then voting for $200 billion in Green New Deal mandates, which is a tax raise,” she said in a September debate.

She was referring to the “Moving Forward Act,” H.R. 2, House Democrats’ infrastructure bill, which has environmental provisions that the GOP has labeled as the Green New Deal.

Cunningham used the opportunity not just to criticize the Green New Deal, but to boast about his business-friendly bona fides.

“I reject the Green New Deal, all right,” he said. “But I invest in pragmatic solutions. That’s why the Chamber of Commerce endorsed my campaign over my opponent’s.”

Former Colorado Gov. John Hickenlooper (D), challenging Sen. Cory Gardner (R) for his seat, is an outspoken critic of the Green New Deal, writing last year that it “sets us up for failure.”

But that didn’t stop Gardner from trying to tie him to it. “John Hickenlooper said he would support — actually he wants to go further than — the Green New Deal,” the incumbent said in a recent debate. “We have an administration under Joe Biden — and John Hickenlooper, if he gets there — that will destroy our economy.”

The exchanges are similar to the first presidential debate between President Trump and Biden, where Trump repeatedly said the Democratic nominee wants to implement the Green New Deal.

Republicans have for decades tried to paint Democratic environmental proposals as radical, socialist job-killers. The Green New Deal gives them an easy label.

“You’ve got two things going on: Republicans are lying about what the Green New Deal is, and most Democrats are uncomfortable with about half of it anyway,” said Paul Bledsoe, a strategic adviser with the Progressive Policy Institute who worked in the White House under President Clinton and for Senate Democrats.

“The members in swing seats that got Democrats the House majority, and will get us the Senate majority, are very lukewarm about much of the Green New Deal,” he said.

But Bledsoe wasn’t overly concerned that the charges from the GOP would hurt Democrats. Biden’s responses to Trump have shown that it’s possible to quickly shut down the accusations.

“The top of the ticket has been so emphatic about their clean energy views that it’s really undermined the Republican attacks,” Bledsoe said.

Danielle Deiseroth, climate data analyst at the progressive think tank Data for Progress, also wasn’t surprised to see how the Green New Deal is playing out in congressional debates.

While polling from her group and others has found many of the Green New Deal’s underlying proposals to be highly popular, the term itself is misunderstood or toxic in some circles.

“The ambiguity around the Green New Deal is probably what hurts it more than the Republican attacks against it,” she said.

“People realize that, at the end of the day, America needs to transition to clean energy, and, in the process, if we can create millions of good, middle-class jobs while doing it, then it’s good for everybody,” she said. “That’s what Democrats should be talking about.”

Heather Reams, executive director of Citizens for Responsible Energy Solutions — which opposes the Green New Deal and instead favors conservative environmental policies — said it was inevitable that the proposal would take on this form, as political phrases often do.

“The Green New Deal has become a piece of political vocabulary, although voters probably don’t know exactly what it means,” she said. “Voters might not know much about it, but it gets so much generalization that it’s vilified.”

What has the climate crusade wrought for its sponsors and advocates? Think nuclear power…. carbon capture and storage…. cronyism…. rare earths …. avian mortality …. Planet of the Humans. Think of the unintended consequences from inferior energies.

Will the futile crusade be abandoned? Or is there jGreen New Deal Unexpectedly Turns Into Kryptonite!ust too much money and emotion to ‘get Capitalism’ by the disaffected?