German energy policies (the “Energiewende”) have been a failure if real carbon emissions reduction and electricity costs matter, but there’s natural gas…

Recently, I came across a remarkable study of the German energy situation. It was done by the University of Oxford. Titled “The Role of Natural Gas, Renewables and Energy Efficiency in Decarbonisation in Germany: The need to complement renewables by decarbonized gas to meet the Paris targets,” it is an in-depth analysis of why natural gas is green energy’s better half (more on that rather clever expression in a moment). It is very compelling in arguing for more natural gas as part of the German energy mix. Moreover, it makes the case for decarbonized gas, which is extremely interesting to say the least. 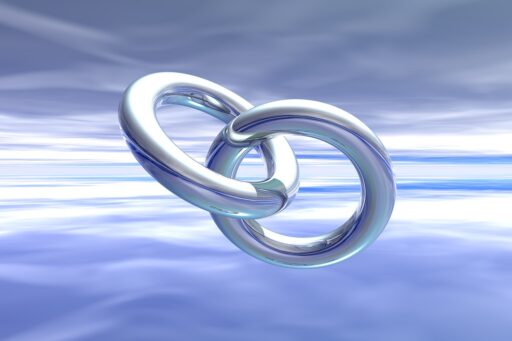 The German energy reality indicates renewables will never never get the job done without natural gas; it will only by linking themselves to natural gas that renewables have any possibility of realizing their sky-high goals.

There’s a whole lot of interesting data in the report about the challenges facing renewables. It essentially concurs with Johnny Green that “renewables aren’t doable without fossil fuelables.” Here is the key part (emphasis and paragraphing added):

Given the problems showing up in Germany, a pioneer country of de-carbonization dedicated to develop renewables, of focussing on renewables to meet the de-carbonisation targets, it is difficult to envisage that renewables will grow fast enough to provide a carbon-free (and then sustainable) energy supply for all sectors worldwide within the time frame given by the carbon budget.

It is therefore mandatory to develop GHG-free alternatives to complement the role of renewables. In this context it is important not to fall into the trap of equating carbon-free energy with sustainable energy (i.e. renewables). Decarbonised hydrocarbons, mainly decarbonised natural gas, have a large potential to add to GHG-free energy supply within the limits of remaining hydro carbon resources.

Decarbonising natural gas to carbon-free hydrogen, can add another carbon-free energy supply competing with renewables, which can be better adapted to use in buildings, industry and transport.

The CO2 can then be reinjected into any geological structure along the chain, best into the producing reservoir, where it would exchange CH4 for CO2, one-to-one. To a large extent, the resulting H2 can use the adapted existing gas infrastructure, pipelines, storage and the distribution grid and appliances in households. In addition, it opens up a GHG-free use in fuel cell cars.

While this would require a system change, switching to hydrogen looks less problematic and more feasible than introducing an all-electric system – cost-wise, but also with regard to effectiveness and the time scale.

Such a system would be based on the technology already applied in ammonia production on a large scale. Hydrogen pipelines are already in operation on an industrial scale, e.g., between chemical factories, and distribution grids in many countries used to transport town gas, which was 60% hydrogen, before natural gas took over, so the conversion being discussed is technically feasible.

Transforming the existing natural gas system into a hydrogen system would also pave the way for transporting and storing hydrogen from surplus electricity via electrolysis. The size of the remaining gas reserves and unexplored resources would allow using the transformed hydrogen system for several decades, meaning that it would offer itself to commercial investment with little risk of stranded investment. In fact, by decarbonising natural gas, the lifetime of the gas exploring and producing industry might be much the same as without decarbonisation (and the PA).

Instead of producing gas whose CO2 is emitted into the atmosphere, it would produce gas whose CO2 is reinjected into upstream geological structures. For the gas infrastructure industry (transportation, distribution and storage), some changes would be required for the conversion to hydrogen. This should be possible and would maintain the value of the main assets of the infrastructure industry and the customers’ appliances.

Last but not least, decarbonising natural gas would maintain the value of the hydrocarbon reserves of gas exporting countries. The gas industry will have to deliver a decarbonised product in competition with renewable electricity, but a product which will be more flexible in its supply and its applications and which will be reflected in the price.

Gas would not be a fuel to bridge the time until a decarbonised world is achieved but would become part of the decarbonised world until recoverable gas resources are depleted or renewables can take over, being more competitive. However, there must be joint action by industry and government and by exporting and importing countries to help the change to a competitive hydrogen system.

Pretty interesting, isn’t it? Who would have thought German energy policies would yield this? Well, this an intriguing idea to say the least, but it’s hardly the only evidence renewables have nowhere to go without natural gas to address the intermittency and dispatchability problem. We’ve pointed it out numerous times here at this blog.

Our friend Aaron Price also has some poetic thoughts on the subject:

Often we ask ourselves,
“What on earth, about the Earth,
Can we do?”
“What can we expect from others
In the way of help,
And what do others expect
Of us, too?”

What is the best approach
To going Green?
To build a bridge, as we are,
And also build wind,
And the harder parts of
Green to take slow;

It is not to rush forward to
Failure, and fail Green,
And lose sight of our true goal:
To create a better Earth
For everything on the Earth
With Green Energy.

“Truth and falsehhood have
Nothing in common.
Look carefully to see what
Each one brings.
Beware the day of reckoning
For those who think
The Earth is not a victim,
But a thing.”

It’s not wrong to subsidize
The future;
It’s what got us here in
The first place.
But it is wrong to act as if
Something is ready
When it is not.

There is a better future
In the future,
But for the world to be Green,
Part of the Green Energy
That will power the world
Must come from natural gas.

If you don’t like “Green”-
And not everyone does-
Just say to yourself:
Like a married couple,
Natural Gas is Green’s
Better half.

Yes, natural gas is, indeed, green’s better half or, as Johnny Green puts it, “renewables aren’t doable without fossil fuelables.”