A NYSEG rate increase, carefully explained by Dick Downey, explains so much about what’s wrong with Andrew Cuomo’s energy policies, which are killing NY.

Mr. Kusminski questions the NYSEG’s petition to the Public Service Commission (PSC) for a rate increase. In particular, he obiects to the allocation of $203 million (not $500 million as headlined ) toward upgrading and expanding capacity of the DeRuyter gas pipeline servicing Oneonta. He states. “To cover costs of the pipeline, NYSEG is asking for a combined gas and electric hikes of 27%.”

Better to fund renewables, he says. Their energy source, the sun, is FREE (his emphasis). He notes, “Wind farms have gotten so cheap you can build and operate them for less than the expected costs of buying fuel for an equivalent natural gas plant.” Supporting gas infrastructure denies funds for renewables which, in turn, “all but guarantees our region will remain an economic backwater.” 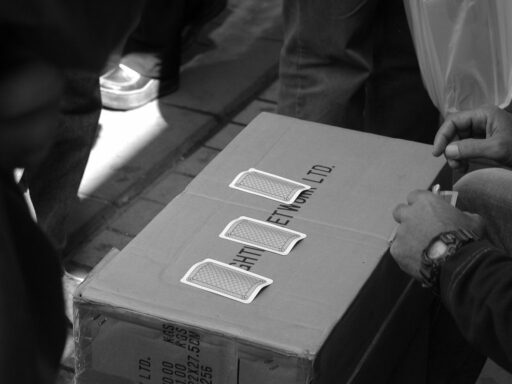 First, some background. The state grants utilities area-specific monopolies but regulates rates. That’s the deal. Utility companies aren’t exciting businesses like Amazon or Apple. They attract investors by paying decent dividends. The state allows for this attraction but little else. Rates must serve the public while guaranteeing a reasonable profit to the utility. Profits increase as the monopoly area prospers, drawing new ratepayers who want to work and live there. NYSEG isn’t that fortunate. It services Upstate New York. Now New York saddles NYSEG with extra burdens which now brings them before the PSC.

Mr. Kuzminski neatly combines NYSEG’s gas and electric components in the rate hike of 27%. He neglects to tell you that natural gas expenses account for only 2% of that hike. The remainder, the burdensome part of the rate hike, is the electricity costs. This isn’t due to an uptick in tree trimming or emergency calls.

The cause is Andrew Cuomo’s “Reforming the Energy Vision” (REV), an energy plan filled with a web of renewable subsidies, rebates, priorities, mandates, favored businesses and programs that that bleed traditional energy servers such as NYSEG in favor of renewable energy entities. The beauty part for the Governor is that his thumb on the scales is never seen; his policies cause the rate hikes (in reality, a tax) but the utility does the collection and takes the abuse. Sweet!

When the REV was published two years ago Otsego Electric warned its subscribers that rates would rise. Good call! However, this shouldn’t have been a surprise. In Europe, where REV-like policies were already in place. rates had skyrocketed. Germans pay three times the amount paid by Upstate New Yorkers for electricity. If our current rates and policies are unable to attract industry, what happens when the rates triple? 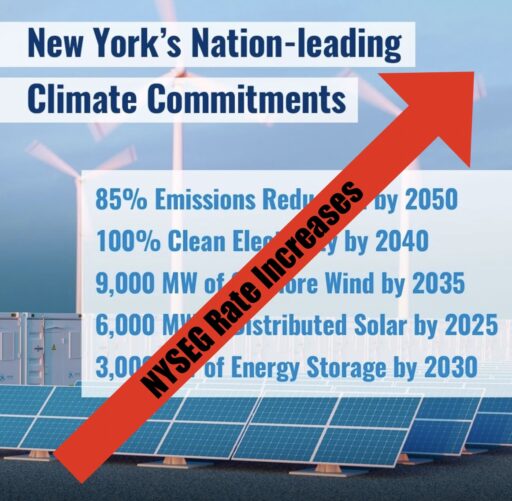 The consulting firm McKinsey recently found that Germany is endangering its economy and energy supply through the transition to renewables. (Forbes, 9/5/19). After favoring renewables for almost twenty years, Germany gets only 27% of it electricity from wind, solar and hydro. To offset an energy disaster, it burns biomass, garbage, and lignite (dirty coal), is building a second gas pipeline to Russia, and is constructing an LNG hub near Hamburg. That’s the real cost of FREE energy, Mr. Kuzminsky.

Mr. Kuzminski praises a wind farm breakthrough where the cost per kilowatt hours is less than that of gas. The praise is well deserved. We need cheap energy, be it from sun, wind, water, or gas, all competing in the marketplace for the best price. Not mentioned in Kuzminski’s editorial is that these breakthrough wind farms are few in number, well over a thousand miles away, situated in that great geographic wind tunnel extending north from Texas to the Canadian border.

This area, called the Interior by the department of Energy, has the greatest wind resources, and therefore the greatest growth. Our Northeast has less wind, has highest construction costs, and produces a more expensive product. However, we do have gas, under our feet and in Pennsylvania. Regionally, it’s our best road to economically attractive power.

Finally, Mr. Kuzminski predicts Upstate New York is doomed to be an eternal “economic backwater” if we don’t go all in for renewables. Really? One million people left New York in the last decade. They left for better opportunity elsewhere — lower taxes, less regulation, lower cost of living, and a lower cost of doing business. No one’s leaving town over a lack of renewable energy infrastructure.

Affordable power and heating is part of the solution to our economic woes. Here and now, natural gas fills the bill.