Dimock isn’t the only place where fracking has turned things around and most support gas drilling despite fractivist stunts. There’s also Amwell Township, Washington County.

Yesterday, I wrote about the huge positive fiscal impacts of gas drilling and fracking on Dimock Township, Susquehanna County. It was but one example. Now, let’s go to the opposite corner of Pennsylvania and look at Amwell Township, Washington County. It, too, has been the subject of fractivist attacks, but the fiscal data shows fracking has helped Amwell Township enormously. That’s why most residents support natural gas development.

We only have to go, once again, to the municipal spending data from the Pennsylvania Department of Community and Economic Development to get the story. Here’s the information for 2006 (pre-gas) and 2014 (latest available) and this is what I found when I dug it out.: 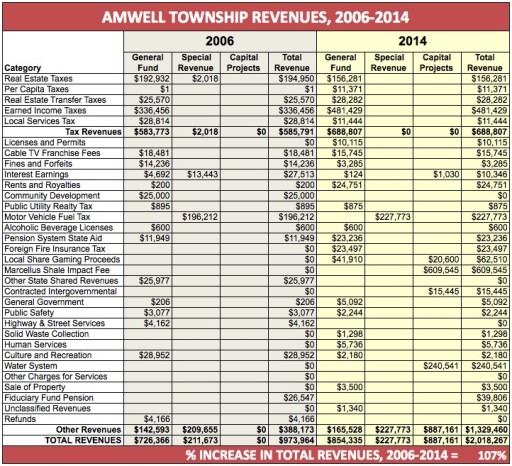 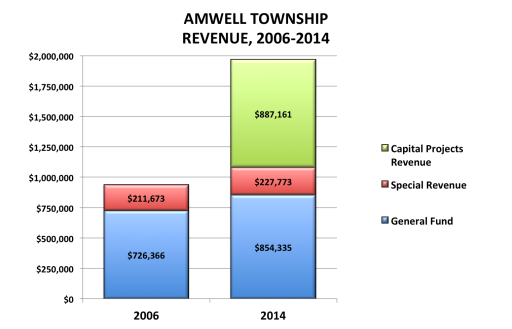 I left out intergovernmental transfers and fiduciary fund revenues in this case because the former distorted the numbers to the positive and the latter were minor. Despite this, Amwell Township enjoyed a more than doubling of its revenues in just eight years. That’s the shale revolution at work in Washington County.

When I looked at all of Washington County, I found revenues to all municipalities increased by 53%. More importantly, revenues in excess of expenditures increased by $7 million or 201%. Real estate property tax revenues grew by 26% (so much for property value declines) and earned income taxes jumped 91%.  It’s new revenue everywhere. The Marcellus Shale Impact Fees accounted for $609,545 in Amwell Township alone. The investment of the industry in the Township, though, clearly contributed as well. That’s the way it works. Amwell Township is the beneficiary, as are we all. That’s why this scene is such a pretty one. 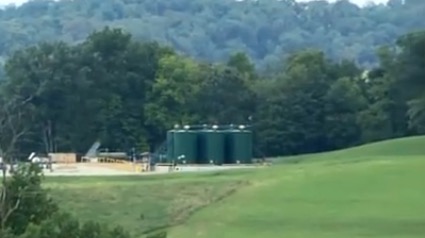