Brooklyn, New York is apparently growing a new type of voter without the slightest clue how energy is made or delivered and politicians enable the ignorance.

Subsequent to my post yesterday about New York politicians running on empty through bad neighborhoods, a friend sent me a Brooklyn story revealing how they’ve gotten away with it so long. The story, from Spectrum News NY1, indicates the answer is simply ignorance on the part of both politicians and constituents. But, there’s hope. 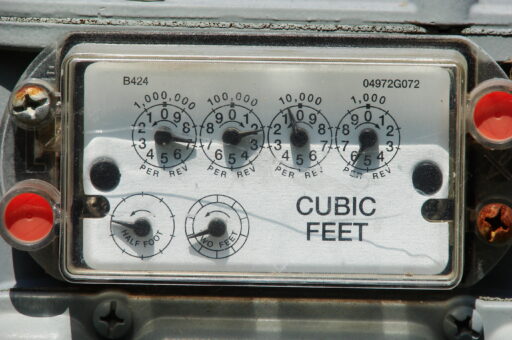 You really need to watch the video embedded in the story to capture the full glory of the ignorance growing in Brooklyn. Let me your direct attention first, though, to Julie Levin who appears at 1:36. Here’s what she says:

“I didn’t know what it was until I researched it, and I actually, loving our environment, am against this pipeline, but I do need gas,” Park Slope resident Julie Levin said at the news conference. “We have nowhere to go. Our lease is up in a month. We have no more money left. We need to move into our house.”

Julie wants to be politically correct, to imagine, as a resident of a trendy neighborhood called Park Slope with 45,000 people per square mile (70+ per acre), she is doing something meaningful for the environment. She is compelled to strike a token blow for it by expressing her opposition to a gas line that would support her dense urban lifestyle. She apparently thought (or wants us think she thought) the gas just appeared magically prior to researching it. Yet, on supposedly discovering a pipeline is required she just had to oppose it to be able to say she’s green.

But, reality is reality and Julie also says she absolutely needs the gas. Who is the real Julie Levin? The one mouthing opposition to the pipeline? Or, the one speaking to her own compelling personal needs? The answer is obvious. Julie is throwing up her hands in despair and begging for help because she needs it and she knows it. Her ignorance isn’t one of being unable to grasp the facts. No, she grasps them just fine; she needs her ignorance to avoid being politically incorrect.

Such is the self-delusion that urban lifestyles foster. But, Julie is a victim. She only chooses to straddle the fence due to peer pressure. Far worse are the politicians such as this Brooklyn Councilman, who is also featured in the story at 1:15. Here’s the real ignorance:

Local lawmakers are angry, too, but they blame the utility. They say National Grid is manufacturing a crisis to put pressure on the Cuomo administration to approve another application for the pipeline. They say the utility could easily buy gas from other suppliers.

“National Grid does not have a gas supply problem; they have a greed problem. They have a credibility problem,” Brooklyn Councilman Mark Treyger said at a news conference.

Buy gas from other suppliers? And, how will that get to Brooklyn? What will happen when it runs out? How much more will it cost consumers such as Julie who are already low on money? Treyger offers nothing other to scream “greed” as if weren’t his constituents—people such Julie—who were creating the demand; as if it wasn’t him and his green allies who were opposing bringing more gas to Brooklyn, opposing gas altogether in fact. Not so sadly for him, the internet is forever and less than six months ago (pre-moratorium) he was saying this:

At a time when our focus should be on combating climate change and its effects, we need to be turning away from projects like the Williams Pipeline, fracking, and the negative impact it has on our environment,” said Council Member Mark Treyger. “Superstorm Sandy had a devastating impact on the marine health of our harbor and connected waterways, and this kind of project would only serve to further harm the marine fauna and flora, some of which has only just begun to recover. Let’s stand together as we break from fossil fuels and embrace the renewable energy sources that promise a brighter, better future for our city and our planet.”

Now he says National Grid is greedy because it wants to supply the gas Julie wants? What a deceitful, disingenuous politician. And, he has the nerve to accuse National Grid of having a credibility problem? No, he was simply caught in the trap of his own making and now he’s trying to lie his way out of it. Mark Treyger has been watering the tree of ignorance that grows in places such as Brooklyn and didn’t realize it would produce such bitter fruit for him to digest.

3 thoughts on “A Tree of Ignorance Grows in Brooklyn, Watered by Political Deceit”