[Editor’s Note: Tom Wolf is a spoiled trust-funder obsessed with the fact he can’t just dictate a severance tax be imposed on Pennsylvanians at his will.]

Over the past week, Pennsylvania Governor Tom Wolf has once again promoted the idea of levying a severance tax on the natural gas industry in order to fund workforce development programs and employment assistance to help the state’s economy recover in the wake of the COVID pandemic.

If the goal is economic recovery, then the governor should not be targeting one of the Commonwealth’s primary sources of economic growth with a severance tax. Pennsylvania is the second largest producer of natural gas in the United States, having produced 6.9 trillion cubic feet of natural gas in 2019. According to a 2017 study from API, the U.S. natural gas and oil industry supported 322,600 jobs in the state and contributed $44.46 billion to the state’s economy in 2015. 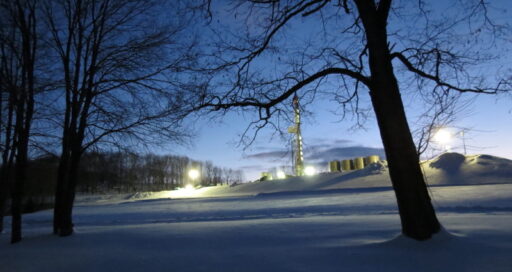 Although there are many people who like to stoke fears about the industry, the benefits of shale gas development substantially outweigh the costs. A 2015 study found that the shale gas revolution has led to an increase in welfare for natural gas consumers and producers of $48 billion per year in the U.S. The benefits of the shale boom also involve royalty payments, and evidence suggests that these royalty payments produce large benefits to both local and regional economies. According to one study, each million dollars of new oil and gas extracted produced $80,000 in wage income, $132,000 in royalty payments and business incomes, and 0.85 jobs to the local economy.

A severance tax would likely push some investment in shale gas away from Pennsylvania, meaning fewer jobs and less economic growth in the state. As importantly, the tax would likely be passed on to consumers, which means higher energy prices. Energy taxes are regressive, so the impact of higher energy prices would predominantly hurt lower income households—the very people who are hurting the most in the economic downturn caused by the pandemic.

Additionally, the natural gas industry provides feedstock for the protective equipment used in response to the pandemic, so any increase in the cost of natural gas also means higher prices for this essential protective equipment. Finally, the state of Pennsylvania already has a natural gas impact tax. Pennsylvania has generated nearly $2 billion in new revenues from the existing impact tax since 2012, so it is difficult for anyone to argue that the industry is not already a significant revenue generator for the Commonwealth. According to the Public Utility Commission, distribution of the 2019 revenues collected included:

Shale gas development has been one of the most significant drivers of economic growth in Pennsylvania over the past decade. Taxing the industry in order to fund economic recovery programs makes little sense as it would harm one of the most dynamic industries operating in the state and the costs would likely be passed on to those who are hurting the most from the economic downturn caused by the pandemic. Additionally, it makes little sense to tax the industry that is responsible for the production of materials needed for the equipment that is being used to combat the pandemic. If Governor Wolf wants to help the economy recover, his main goal should instead be to continue to make Pennsylvania a hospitable business environment for the production of shale gas.