[Editor’s Note: New York is imposing huge costs on its citizens based on a hypothetical (and political) value of carbon reduction that makes little sense]

The popular narrative is greenhouse gas emission reductions are necessary to prevent climate change impacts.  In order to justify the monetary costs and loss of personal choices necessary to make those reductions a parameter was developed to “put the effects of climate change into economic terms to help policymakers and other decision-makers understand the economic impacts of decisions that would increase or decrease emissions.”

At the January 19, 2021 Climate Action Council meeting there was a discussion of New York’s version of this parameter and it has become clear that the Council intends to use it to claim that the costs imposed on New Yorkers are “cost-effective”.  The problem is that they will be comparing real costs today against contrived value-driven estimates of speculative impacts occurring in the far future elsewhere.  In this post I explain the methodology used to value greenhouse gas emission reductions and how assumptions and value judgements radically change the estimated benefits.

On July 18, 2019 New York Governor Andrew Cuomo signed the Climate Leadership and Community Protection Act (CLCPA), which establishes targets for decreasing greenhouse gas emissions, increasing renewable electricity production, and improving energy efficiency.  It was described as the most ambitious and comprehensive climate and clean energy legislation in the country when Cuomo signed the legislation.

I have summarized the CLCPA Summary Implementation Requirements and  written extensively on implementation of the CLCPA closely because its implementation affects my future as a New Yorker.  I have described the law in general, evaluated its feasibility, estimated costs, described supporting regulations, listed the scoping plan strategies, summarized some of the meetings and complained that its advocates constantly confuse weather and climate.  The opinions expressed in this post do not reflect the position of any of my previous employers or any other company I have been associated with, these comments are mine alone.

The CLCPA requires that the Department of Environmental Conservation (DEC), in consultation with the New York State Energy Research and Development Authority (NYSERDA), establish a value of carbon for use by State agencies. This value of carbon represents the present-day value of projected future net damages from emitting a ton of CO2 today.  A draft document was issued for comments in October 2020 and in December the Value of Carbon Guidance (“Guidance”), an appendix with values for carbon dioxide, methane, and nitrous oxide, and a supporting memo were released for use by State agencies along with recommended guidelines for the use of these and other values by State entities.

I followed the development of this guidance throughout the process and if you want to get into the weeds then check out my previous posts. In an earlier post I quantified the impacts of different assumptions in the social cost valuation process and that post documents the information in this post.  I also described the background of the value of carbon after the initial stakeholder webinar, documented the comments I submitted on the draft document, and described the DEC response to my comments.

The Guidance has prepared estimates, in dollars, of the economic damages that would result from emitting one additional ton of greenhouse gases into the atmosphere to justify the costs of mitigating strategies.  Resources for the Future (RFF) prepared an overview summary of the process used to calculate these values and described how the values are used in policy analysis.  Note that Guidance supporting memo was prepared by the New York State Energy Research & Development Authority (NYSERDA) and RFF and includes much of the same information.  The Guidance recommends using the damages approach to valuing carbon.  RFF refers to the value of carbon using that approach as the Social Cost of Carbon (SCC) and I will use the value of carbon and SCC interchangeably in this post.  According to RFF: 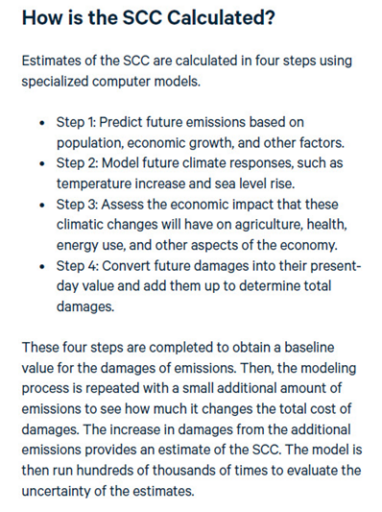 The point of this post is that there many choices that affect the value of the SCC. The emissions, climate response and economic calculations are based on research and expertise from many different fields, such as climate science, demography, and economics. While proponents of this approach give the impression that the input presumptions are based on the “science”, the reality is that assumptions made by model developers play as much of a role as “science” on the results.  Inevitably the assumption decisions are subject to value judgements and the biases of the researchers.  RFF also notes that “the modeling must incorporate information that is inherently uncertain, such as projections of future economic growth.”

The Guidance document makes a recommendation for the value of the SCC to use: “The Department specifically recommends that State entities provide an assessment using a central value that is estimated at the 2 percent discount rate as the primary value for decision-making, while also reporting the impacts at 1 and 3 percent to provide a comprehensive analysis.” For CO2 this translates into a 2020 value of carbon dioxide of $53-421 per ton, with a central value of $125 per ton. The full set of values for 2020-2050 is provided in the separate Appendix tables.

All evidence suggests that the Climate Action Council responsible for developing a plan to implement the law intends to estimate monetary benefits by multiplying the values of carbon in the Guidance document and the observed emission reductions to claim that the costs of their strategies to reduce emissions are outweighed by those benefits.  Using their recommended values and the official 1990 baseline emissions for all the greenhouse gases included in the CLCPA the total benefits total $668 billion:

In my detailed post I documented different factors that affect the benefits calculations.  In this post I will qualitatively describe the value judgements used to, in my opinion, maximize the CLCPA narrative that there is value in the proposed emission reductions.  One example of narrative-driven value judgement is the global warming potential (GWP) time horizon.  This parameter weighs the radiative forcing of a gas against that of carbon dioxide over a specified time frame.  Most jurisdictions use a 100-year GWP time horizon but the CLCPA law mandates the use of the 20-year GWP that increases methane (CH4) reductions associated with natural gas.  Note that in Table 1 methane benefits are three times higher than the benefits of CO2.  If the 100-year GWP values were used then reduction benefits would drop 34%

The biggest driver of social costs from greenhouse gases is the discount value which is used to estimate how much money invested today would be worth in the future so that we can link today’s costs to the future.  It is accepted that there is no consensus or uniform scientific basis for the selection of a discount rate. The CLCPA implementation process claims to follow the “science” but it appears that is only when it is consistent with their narrative to maximize the benefits of reductions.  For example, the Obama Administration Integrated Working Group (IWG) chose a central value 3% and only published results down to 2.5% but New York chose to use 2% as the central value which results in social costs over two times larger.  Combining the GWP and discount value judgements, if New York followed the IWG recommendations the benefits would be 70% lower.

There are other parameters that affect the social benefits of emission reductions.  Part of the argument for using a lower discount rate is that it helps protect our children and grandchildren but the Guidance calculates future net damages out 300 years, far future many generations away.  No one could have imagined the technology available in today’s society one hundred years ago so it is an act of extreme hubris to claim that any projection of how the world will operate in 100 years, much less 300 years, should be used to guide current actions.  In testimony before the U.S. House of Representatives Subcommittee on Environment Committee on Oversight and Reform on September 24, 2020, by Kevin D. Dayaratna determined that if economic impacts are only considered out 150 years the social benefits are reduced 14%.

The entire rationale for the CLCPA is that there is a climate emergency threat to society because of climate change due to greenhouse gas emissions.  The process does not recognize that the climate models used to predict this future are speculative.  One way to minimize modeling uncertainty is to use historical data to estimate climate sensitivity to greenhouse gases.  Dayaratna showed that an empirical approach reduced benefits 48%.

New York chose to calculate world-wide benefits of reductions because “climate change is a global problem”.  It is a fact that climate change impacts will be felt most by countries that are too poor to be resilient.  However, I believe that anyone having trouble paying energy bills today would be hard pressed to accept the higher costs imposed by the CLCPA if they know that their descendants will derive little benefit from today’s sacrifices because most of the benefits will accrue elsewhere.  Considering only benefits that would accrue to the United States from reductions instead of global benefits reduces the benefits 86%.

To sum up, greenhouse gas emission reductions under the CLCPA using the recommended assumptions are supposed to provide benefits of $668 billion.  Using the Obama Administration recommended assumptions the benefits go down to $201 billion.  Using different value-driven estimates, reducing speculation by using observations rather than models, estimates that go out “only” 150 years instead of 300 years, and counting only benefits that occur in the United States instead of the globe results in benefits that are reduced to $12.5 billion.

Ultimately, the value of carbon methodology relies on a complex causal chain from carbon dioxide emissions to social impacts that are alleged to result from those emissions.  Richard Tol testified that these connections are “long, complex and contingent on human decisions that are at least partly unrelated to climate policy. The social cost of carbon is, at least in part, also the social cost of underinvestment in infectious disease, the social cost of institutional failure in coastal countries, and so on.”  The fact is that this process focuses exclusively on negative externalities and completely ignores the benefits of fossil fuels.  I believe these facts make this a contrived process. 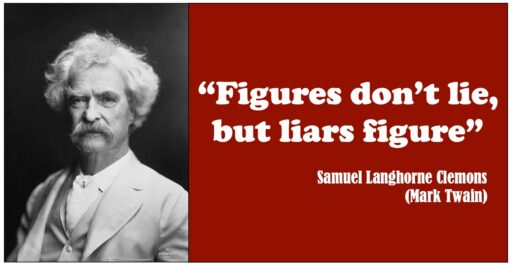 One final point.  After all these machinations, the social cost values chosen when applied to the 1990 baseline emissions indicate that reducing those emissions will result in $668 billion in benefits.  The Climate Action Council is charged with developing an implementation plan that should include costs.  What happens if those costs are greater than these benefits?