Getting a hand on Climate Crisis, Inc.’s fear and money machine is not easy – and few people understand just how enormous, interlocking and self-perpetuating it is.

Lockheed Martin, a recent Washington Post article notes, is getting into renewable energy, nuclear fusion, “sustainability” and even fish farming projects, to augment its reduced defense profits. The company plans to forge new ties with Defense Department and other Obama initiatives, based on a shared belief in manmade climate change as a critical security and planetary threat.

It is charging ahead where other defense contractors have failed, confident that its expertise, lobbying skills and “socially responsible” commitment to preventing climate chaos will land it plentiful contracts and subsidies.

As with its polar counterparts, 90% of the titanic climate funding iceberg is invisible to most citizens, businessmen and politicians. The Lockheed action is the mere tip of the icy mountaintop. 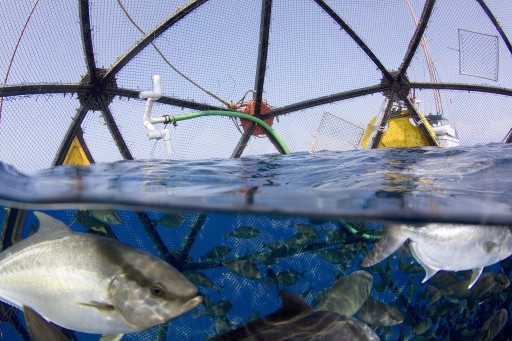 Kampachi Farms, now a partner with contractor Lockheed Martin, is developing a fish cage that looks like a giant ball. Unlike other farms stationed inland, the “mobile fish pen” drifts farther offshore in deeper water. Photo by Jeff Milisen/Kampachi Farms

The multi-billion-dollar agenda reflects the Obama Administration’s commitment to using climate change to radically transform America. It reflects a determination to make the climate crisis industry so enormous that no one will be able to tear it down, even as computer models and disaster claims become less and less credible – and even if Republicans control Congress and the White House after 2016. Lockheed is merely the latest in a long list of regulators, researchers, universities, businesses, manufacturers, pressure groups, journalists and politicians with such strong monetary, reputational and authority interests in alarmism that they will defend its tenets and largesse tooth and nail.

Above all, it reflects a conviction that alarmists have a right to control our energy use, lives, livelihoods and living standards, with no transparency and no accountability for mistakes they make or damage they inflict on disfavored industries and families. And they are pursuing this agenda despite global warming again being dead last in the latest Gallup poll of 15 issues of greatest concern to Americans: only 25% say they worry about it “a great deal,” despite steady hysteria; 24% are “not at all” worried about the climate. By comparison, 46% percent worry a great deal about the size and power of the federal government. 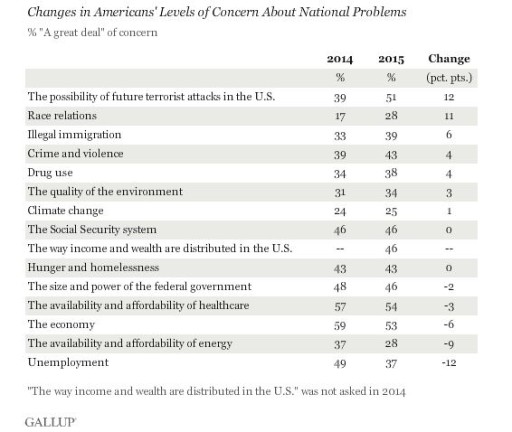 But Climate Crisis, Inc. is using our tax and consumer dollars to advance six simultaneous strategies.

They are consistently contradicted by actual climate and weather records, and so alarmists increasingly emphasize computer models that reinvent and substitute for reality. Penn State modeler Michael Mann has collected millions for headline-grabbing work like his latest assertion that the Gulf Stream is slowing – contrary to 20 years of actual measurements that show no change. Former NASA astronomer James Hansen received a questionable $250,000 Heinz Award from Secretary of State John Kerry’s wife, for his climate crisis and anti-coal advocacy. Al Gore and 350.org also rake in millions. Alarmist scientists and institutions seek billions more, while virtually no government money goes to research into natural forces.

2) Renewable energy research and implementation grants, loans, subsidies and mandates drive projects to replace hydrocarbons that are still abundant and still 82% of all US energy consumed. Many recipients went bankrupt despite huge taxpayer grants and loan guarantees. Wind turbine installations butcher millions of birds and bats annually, but are exempt from Endangered Species Act fines and penalties.

Tesla Motors received $256 million to produce electric cars for wealthy elites who receive $2,500 to $7,500 in tax credits, plus free charging and express lane access. From 2007 to 2013, corn ethanol interests spent $158 million lobbying for more “green” mandates and subsidies – and $6 million in campaign contributions – for a fuel that reduces mileage, damages engines, requires enormous amounts of land, water and fertilizer, and from stalk to tailpipe emits more carbon dioxide than gasoline. General Electric spends tens of millions lobbying for more taxpayer renewable energy dollars; so do many other companies. The payoffs add up to tens of billions of dollars, from taxpayers and consumers.

3) Regulatory fiats increasingly substitute for laws and carbon taxes that Congress refuses to enact, due to concerns about economic and employment impacts, and because China, India and other countries’ CO2 emissions dwarf America’s. EPA’s war on coal has already claimed thousands of jobs, raised electricity costs for millions of businesses and families, and adversely affected living standards, health and welfare for millions of families. The White House and EPA are also targeting oil and gas drilling and fracking. 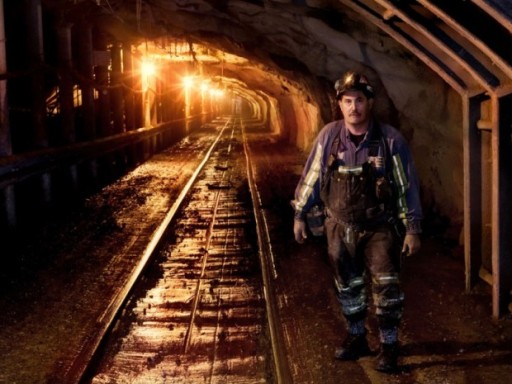 Regulations kill Ohio coal mine, hundreds of jobs wiped out.

Now the Obama Administration is unleashing a host of new mandates and standards, based on arbitrary “social cost of carbon” calculations that assume fossil fuel use imposes numerous climate and other costs, but brings minimal or no economic or societal benefits. The rules will require onerous new energy efficiency and CO2 emission reduction standards that will send consumer costs skyrocketing, while channeling billions of dollars to retailers, installers, banks and mostly overseas manufacturers.

4) A new UN climate treaty would limit fossil fuel use by developed countries, place no binding limits or timetables on developing nations, and redistribute hundreds of billions of dollars to poor countries that claim they have been harmed by emissions and warming due to rich country hydrocarbon use. Even IPCC officials now openly brag that climate policy has “almost nothing” to do with protecting the environment – and everything to do with intentionally transforming the global economy and redistributing its wealth.

5) Vicious personal attacks continue on scientists, businessmen, politicians and others who disagree publicly with the catechism of climate cataclysm. Alarmist pressure groups and Democrat members of Congress are out to destroy the studies, funding, reputations and careers of all who dare challenge climate disaster tautologies. At President Obama’s behest, even disaster aid agencies are piling on.

New FEMA rules require that any state seeking disaster preparedness funds from the Federal Emergency Management Agency must first assess how climate change threatens their communities. This will mean relying on discredited, worthless alarmist models that routinely spew out predictions unrelated to reality. It likely means no federal funds will go to states that include or focus on natural causes, historical records or models that have better track records than those employed by the IPCC, EPA and President.

6) Thought control. In addition to vilifying climate chaos skeptics, alarmists are determined to control all thinking on the subject. They are terrified that people will find realist analyses and explanations far more persuasive. They refuse to debate skeptics, respond to NIPCC and other studies examining natural climate change and carbon dioxide benefits to wildlife and agriculture, or even admit there is no consensus.

They want the news media to ignore us but cannot put the internet genie back in the bottle. The White House is trying, though. It even sent picketers to FCC Chairman Tom Wheeler’s home, to demand that he knuckle under and apply 1930s’ telephone laws to the internet, as a first step in content control. 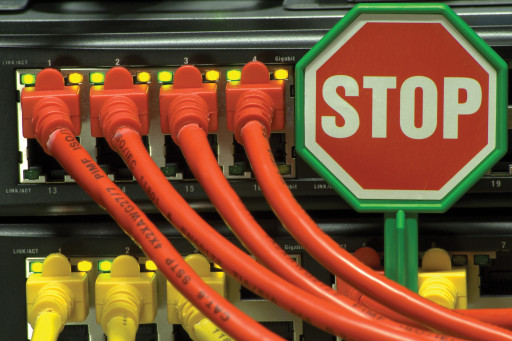 States must refuse to play the climate crisis game. Through lawsuits, hearings, investigations and other actions, governors, legislators, AGs and other officials can delay EPA diktats, educate citizens about solar and other natural forces, and explain the huge costs and trifling benefits of these draconian regulations.

Congress should hold hearings, demand an accounting of agency expenditures, require solid evidence for every climate claim and regulation, and cross-examine Administration officials on details. It should slash EPA and other agency budgets, so they cannot keep giving billions to pressure groups, propagandists and attack dogs. Honesty, transparency, accountability and a much shorter leash are long overdue.

4 thoughts on “The Tip of the Climate Spending Iceberg”