Pennsylvania Senator Gene Yaw is apparently introducing a bill to cut off the gas supply to adjoining states who don’t want to be seen as gas supporters.

Sen. Gene Yaw represents much of the Northeastern Pennsylvania gas region. Like most of us, he’s sick and tired of being lectured by the adjoining and major natural gas using states of Maryland, New Jersey and New York about the sins of fracking. Their hypocrisy on the issue is nothing less than stupendous, of course. Gene Yaw is determined to call them on it. He says he will, in fact, introduce legislation to cut them off, which is something we’ve all dreamed about, isn’t it? 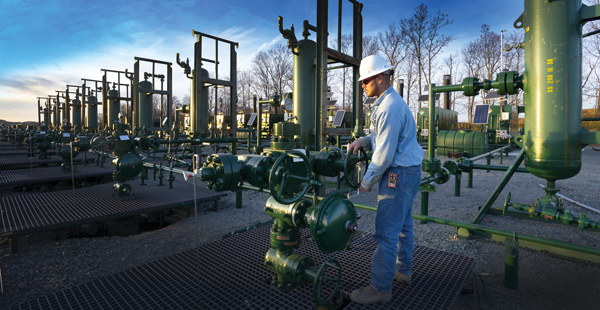 The story comes to us from David Hess, a former Secretary of the Pennsylvania Department of Environmental Protection. He publishes the PA Environmental Digest Blog and reports the following (emphasis added):

On April 17, Sen. Gene Yaw (R-Lycoming), Majority Chair of the Senate Environmental Resources and Energy Committee, announced in a speech at the UpStreamPA Natural Gas Conference in State College he plans to introduce legislation to ban the sale or transport of Pennsylvania natural gas to states that impede the development of natural gas pipelines.

“As lawmakers, we have an obligation to be aware of the competing interests that involve our state and the nation.  If only our state neighbors understood this principle,” Sen. Yaw said. “New York, New Jersey and Maryland have worked to limit the expansion of pipelines, which curtails our ability to market Pennsylvania produced natural gas.

“In keeping with the wishes of those states to impede marketing, I intend to introduce a measure, which would prohibit the transportation and sale of any Pennsylvania natural gas that is produced by fracking to those states,” said Sen. Yaw.

Hess notes, from Gene Yaw’s memo requesting support for his legislation, that Gov. Andrew Cuomo has banned high-volume hydraulic fracturing in New York while blocking the Constitution Pipeline, which originates in Northeastern Pennsylvania, and would provide critical natural gas supplies to New England, that region having had to import LNG from Russia as a consequence.

“The actions of the New York Governor have, in essence, stalled infrastructure development that is vital to creating new markets for natural gas and its related liquids, not only in Pennsylvania but across the northeast and world,” Sen. Yaw said.  “Further, the delay in infrastructure development is contributing to the large price disparity that is putting Pennsylvania gas producers at a disadvantage, while aiding our global natural gas competitors.”

Well said, Gene! Well said, indeed. The Governor will obviously veto the legislation if it passes. So what, if it makes a bigger point? It’s also legally questionable in the sense that it effectively restricts commerce among the states. But, importantly, not nearly so much as New York State is doing. Maryland, too, has also denied approvals for an interstate pipeline across the Potomac and New Jersey approvals of the PennEast Pipeline and the Northeast Supply Enhancement project are still up in the air. So, who is really restricting commerce? Isn’t New York effectively imposing an unaffordable tariff on interstate commerce?

This brings to mind Attorney Ken Klamlet’s arguments about the applicability of the Commerce Clause of the U.S. Constitution to fracking issues. It would seem to clearly apply to pipelines and isn’t that precisely the point of Gene’s proposed legislation? Clearly, Andrew Cuomo is positioning himself not only as the Emperor of New York but also as the Supreme Leader and Grand Poobah of the Northeast; deciding who will be allowed to get natural gas and who will not. He’s decided New York will get the gas it needs from Pennsylvania, but New England will e denied. Therefore, it makes perfect sense to turn the tables on him. That’s exactly what Gene Yaw is doing. And, the gentry class servants at StateImpactPA thinks he’s lost it, so it has to be good.