The Hallowich case in southwestern Pennsylvania keeps producing headlines for our fractivist friends but they always turn out to be little more than smoke and mirrors when one digs into the facts and circumstances.

Google “Hallowich Children” and you’ll get 2,140 responses mostly consisting of wildly misleading headlines such as “Big Oil Places A Gag Order On 2 Children” but few, if any, of the articles provide access to the actual transcript from which come the quotes and references made in the articles.  There is a good reason.  The transcript doesn’t shine a particularly good light on the plaintiffs and admits, right there on page 2, this little tidbit of information ignored by the Pittsburgh Post-Gazette and others (emphasis added):

The only thing that’s not in it was the actual settlement agreement, the matters we wanted to be sealed and not exposed to the docket at any time until it was sealed.

This statement was offered by the plaintiff’s legal counsel, Attorney Peter Villari, on behalf of Chris and Stephanie Hallowich who immediately thereafter requested the Court sign off on the petition as it had been presented to the court (see page 3).  So, why have fractivists and sympathetic media been busy telling everyone Range Resources and others imposed a “gag order” on the Hallowich children?  Sadly, we all know the answer to that one – it makes for a better story and fits the desired template.

The background story in this case is even more interesting, though, and it turns out the Pittsburgh Post-Gazette is guilty of some pretty astounding hypocrisy, but let’s stick with the transcript of the Washington County court proceeding for now.  There are a few more key facts from the document that haven’t made it into the stories written to date. 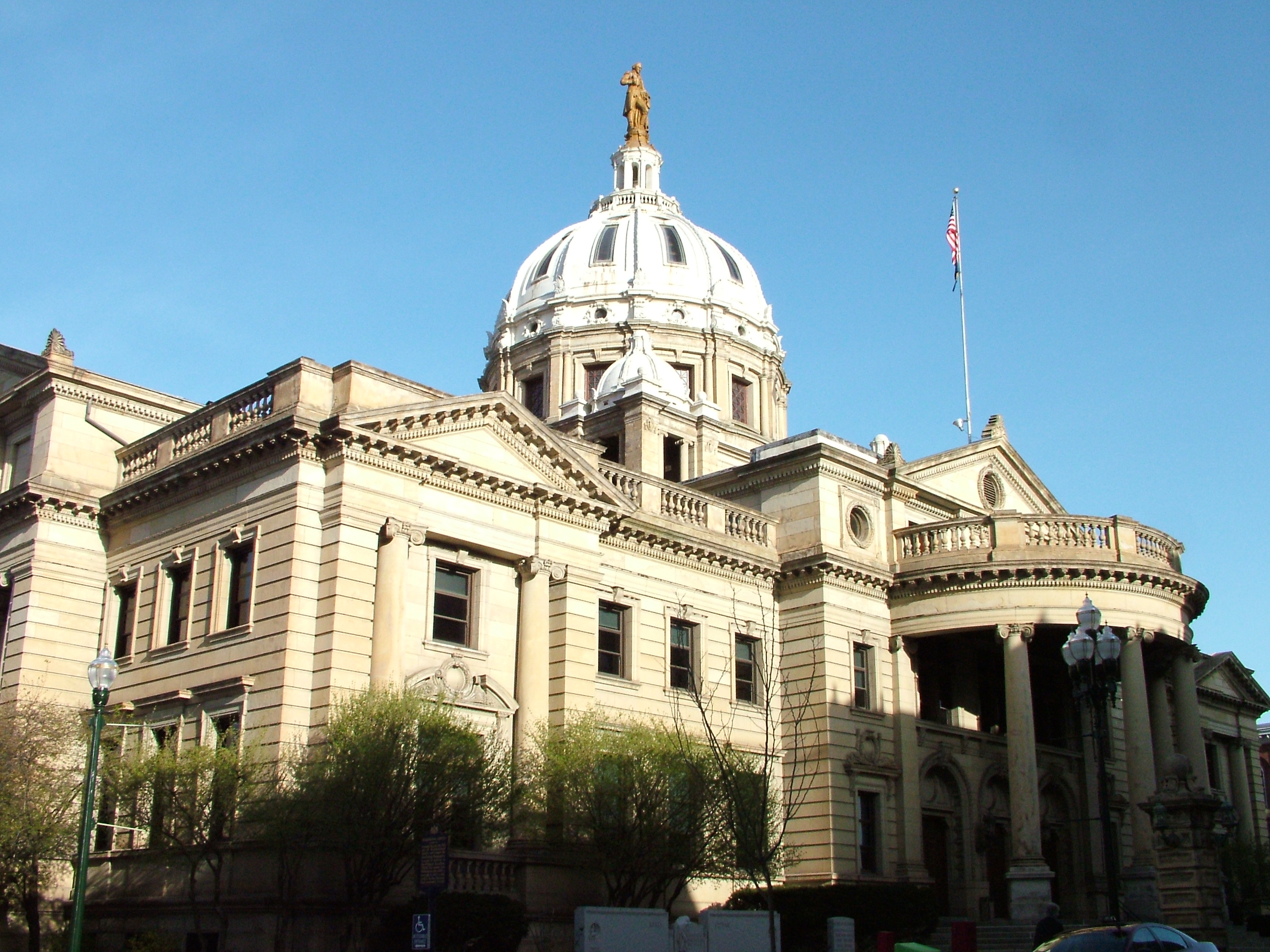 First, take a look at page 3 again and notice the exchange:

THE COURT: That was prepared by your attorney, Mr. Villari. Is that correct?

THE COURT: Do either of you have any questions with regard to the proposed settlement of minors’ claim that is set forth in the petition?

THE COURT: And is it your request that the Court sign off on the petition as it has been presented to the Court by your counsel, Mr. Villari?

Mr. and Mrs. Hallowich acknowledged the document had been prepared by their legal counsel (at least in part), said they had no questions and asked that it be signed off on by the court.  It’s about as straightforward as a thing could be.  Moreover, the Hallowich’s were suing on behalf of their children, claiming numerous ailments they later acknowledged not to have any evidence to substantiate.  Therefore, there is every reason to refer to the family as a whole, including the children, in all matters with respect to the case, notwithstanding the fact Range Resources has now made it explicitly clear the agreement was never, as Attorney Villari first suggested, intended to silence the children.

Secondly, take a look at this discussion on page 9 (emphasis added):

Chris and Stephanie Hallowich sued on behalf of their children, based on claims they later admitted they couldn’t back up.  They then accepted a $750,000 settlement agreement (largely amounting to a purchase of their property) that previously released documents indicate resulted in $574,820.37 for them, $155,179.63 for their attorneys and $20,000 for the children on whose behalf they sued.  They then specifically requested the whole record be sealed by the court.

Read the whole transcript, especially the material on pages 5 and 9-13 where Attorney Villari puts on a show about an agreement he helped author and his clients emphatically say they don’t oppose.  He introduces a hyped up after-the-fact question about his own work, has a private conversation with his clients and together they then mull it all over before the judge, ultimately saying there was no answer, as if anyone else had asked.  What was it all about?  We find the answer on page 13 with this statement (emphasis added):

MR. VILLARI: The two of you can make a CYA speech where you stand on the record.

We all know what CYA means.  Not only is it a term that, for multiple reasons, is inappropriate in a court proceeding, but it also reveals what the whole act was all about – providing the story line ultimately employed by the Pittsburgh Post-Gazette and others to the effect the Hallowich children were being “gagged” – a term introduced to the proceedings by their lawyer, who had helped engineer the whole thing. No one even considered the possibility of such an interpretation until Villari brought it up and everyone else in the courtroom was left to wonder why this man was raising questions regarding his own handiwork.  Villari’s use of “on the record” reveals he fully expected the record to become public at some point despite his clients’ request for its sealing.  He played to a future audience in a way that would allow them to claim the moral high ground in the event.

Skeptical? One is tempted to think of the couple as two hapless victims unfamiliar with the details of leases, fracking and the courts but that’s not the case.  This isn’t the first Hallowich rodeo. Here is an excerpt from a National Geographic article that was heavily tilted toward their viewpoint (emphasis added):

In addition to increasing official scrutiny, the Marcellus gas industry is embroiled in private battles like the one with the Hallowich family. Ironically, because of a lease signed by the previous owner of their property before they purchased it, the Hallowiches get a royalty check from Range Resources every month, typically between $300 and $400, for natural gas produced from under their land. That previous owner would have been due those royalties, and actually tried to back out of the sales agreement with the Hallowiches before closing in 2006. But they took her to court and forced the sale. The Hallowiches said they did not understand the lease was for gas drilling; they say they were told at closing that the lease was for work on a pipeline at the other end of the farm.

Interesting, isn’t it? The Hallowich family sued to get a gas lease and then later made sure they kept it as part of their settlement agreement.  That doesn’t sound naive or innocent but, rather, very shrewd.  The couple knew the lease was valuable, wanted the lease and kept the lease.  Well, bully for them, but let’s not paint them as unknowledgeable victims.  They are anything but.

Moreover, Chris and Stephanie Hallowich aren’t the only people with previous experience in these matters.  The Pittsburgh Post-Gazette also seems to be applying some double standards these days.  It came out this week with its update on the Hallowich case, which has utterly consumed its attention for years now.

Readers will recall the whole thing ended a few months ago in an anti-climatic whimper as court records revealed the plaintiffs had no evidence for their case but the Pittsburgh Post-Gazette continued to hold out hope the settlement itself, if disclosed, would do the trick.  Villari’s self-serving interpretation, in the transcript, where he theorizes the settlement somehow imposed a “gag order” on the Hallowich children offered a nice little side story at least – one intended to advance the idea the paper uncovered an industry engaged in a practice no self-respecting business should ever be caught doing…unless it’s the Pittsburgh Post-Gazette.

Yes, what Pittsburgh Post-Gazette fails to disclose in a story labeling non-disclosure agreements “gag orders” is its very own use of precisely the same sort of agreements.  It, in fact, has done this at least twice; once in 1992 when it reached a non-disclosed settlement with seven unions and again in 2012 when it reached a confidential agreement with Mylan, Inc., a generic drug maker in a defamation case.  The Pittsburgh Post-Gazette asserted in the Hallowich case that non-disclosed information might have a bearing on public health and safety.  Wouldn’t the same be true in this latter case?  Doesn’t the public have a right to know what was true and what was false where pharmaceuticals are involved?

This, of course, is an oversimplification of the matter, but that’s the point isn’t it?  There are many legitimate reasons for non-disclosure agreements, as the Pittsburgh Post-Gazette pointed out in an article on the subject in its Business Section in 2010.  They are anything but the “gag orders” Attorney Villari claimed as he sought one for his clients and the Pittsburgh Post-Gazette now also conveniently claims, as the paper denigrates what it was previously advancing on its own behalf.

So, when it’s all said and done, there just isn’t much to this case – no evidence, no gag order on children, no unusual practice and no real story – just the manipulation of  a process to fabricate a story and the hypocrisy of a newspaper.  It’s just another day in the phony world of fractivism.