A Federal Judge appointed by President Obama has refused to go along with the “chicken and egg” ruse offered up by New Jersey to oppose the PennEast.

Martinotti was appointed by President Obama but he followed the law rather than Murphy’s lead. More importantly, he refused to play a patently obvious political game and signaled where he stands if New Jersey tries playing other games down the road.

You can read a highlighted version of Judge Martinotti’s decision here. It’s a 50-page decision but the key elements are confined to a relatively few paragraphs. The essence of the decision, in fact, is summarized in this excerpt from page 43 (emphasis added):

Moreover, FERC has tasked PennEast with a number of environmental conditions which must be satisfied before PennEast can begin construction. Many of these conditions require immediate access to the properties, including but not limited to Conditions 3, 4, 6, 10, 15-17, 21, 23, 30-32, 35, 39, 41, 47, and 51. Immediate access will additionally allow PennEast to survey and collect information needed to complete its Application to the DEP for a Freshwater Wetlands Individual Permit and Water Quality Certificate. 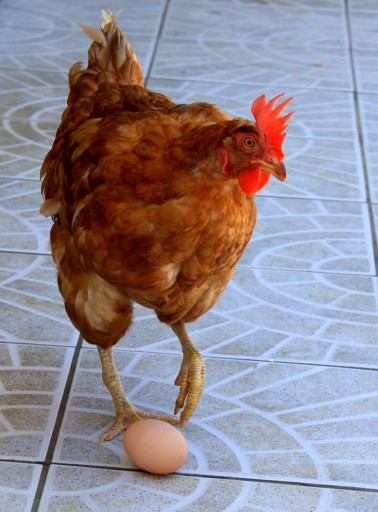 Defendants argue PennEast’s lack of DEP approval is grounds for this Court to deny injunctive relief. The Court is not persuaded by this chicken-and-egg argument. The DEP is requiring that PennEast have 100% of the surveys “completed before the agency will undertake to complete its review and render decisions on the Permit and Certificate Application.” Therefore, the Court finds PennEast will be irreparably harmed if it is not granted immediate access to the properties to begin surveys, complete its DEP Application, and satisfy FERC’s Environmental Conditions.

As Martinotti couldn’t help but notice, the Murphy administration wanted it both ways; it wanted to prevent PennEast from collecting information needed for filing applications and to also be able to say there could be no such applications without the needed information. It was a classic “chicken and egg” position and the Judge wasn’t about to engage in such childish games.

There was more, though. Judge Martinotti also suggested he wouldn’t be that kind toward the Murphy administration playing Cuomo wannabe games with Water Quality Certification once the application was complete. He did so by citing and relying upon the Third Circuit Court of Appeals and FERC’s order:

(“[T]he Third Circuit has determined that ‘Congress intended to preempt state regulation of rates and facilities of natural gas companies and it [is] clear that the Natural Gas Act was intended by Congress to occupy the field.’” (quoting Pa. Med. Soc. v. Marconis, 942 F.2d 842, 847 (3d Cir. 1991)) (citing Schneidewind v. ANR Pipeline Co., 485 U.S. 293, 300-01 (1988))) (emphasis omitted); FERC Order ¶ 218 (“Any state or local permits issued with respect to the jurisdictional facilities authorized herein must be consistent with the conditions of this certificate. The Commission encourages cooperation between interstate pipelines and local authorities. However, this does not mean that state and local agencies, through application of state or local laws, may prohibit or unreasonably delay the construction or operation of facilities approved by this Commission.”).

This indicates Judge Martinotti gets it. He knows a stupid pet trick when he sees one and he’s not going to fooled by the Pander Bear playing Corruptocrat.

All in all, the decision was very good news for the PennEast. The Sierra Club’s Jumpin’ Jeff Tittel said it all:

“PennEast moves forward and we will fight back and stop this,” the club’s director, Jeff Tittel, said in a statement. “We’ve been fighting PennEast for over four years and they thought it would be long built by now. We want to thank the landowners who denied them access and those who took them to court to fight it.”

If that’s not an acknowledgment of defeat, I don’t know what is. It’s worth noting, too, that the game, from the standpoint of radicals such as Tittel, has always been about delay in hopes that PennEast would die of it. It hasn’t. As Jeff says, it’s moving forward. Hallelujah!