Something is rustling in the bushes in Dimock. Some people who previously broke every rule to talk and never stopped talking are suddenly hiding. Why?

More years ago than I’d like to admit, I worked summers with a local surveyor. We did a survey of a very large property owned by a German-American colony in New York. We met with the head of the group at the outset and he proceeded to tell us what great hunting land it was. He even told us how he got his first deer. “I was waiting all morning and suddenly I heard a rustling in the bushes! I immediately fired and I got him!”

Needless to say, our surveying crew was well pleased to know we weren’t the ones rustling in the bushes. Thus did that term come to mean this; who’s hiding and why? Along that line, there’s something rustling in the Dimock bushes these days. Some folks are hiding. Why would they take that risk? 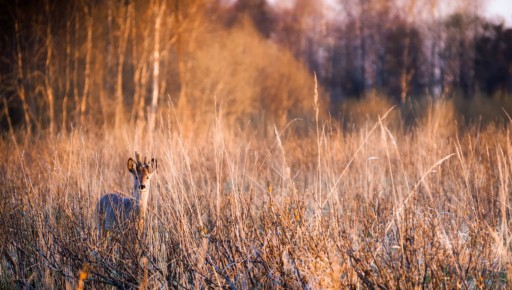 Who’s rustling in the bushes? And, why?

The mystery relates to the withdrawn “Pigs to Rigs” lawsuit filed against Cabot Oil & Gas under the name of Ray Kemble by his former attorney, pig farm suer Charlie Speer. The lawsuit was a gross violation of previous agreements made with Kemble. Seemingly realizing this, Speer moved, on behalf of Kemble, to dismiss his own lawsuit early on in hopes of avoiding any serious liability. Cabot wasn’t about to let him get away with it, though, and sued for damages.

Since then, there’s been quite a lot of rustling in the bushes. Kemble, for example, put on a  show about not being able to secure a defense attorney. He finally got a fellow named Rich Raiders, a lawyer with a dermatology business on the side, to represent him. Then, Kemble, together with whirlwind fractivist Craig Stevens and gadfly malcontent Bill Huston, attempted that ridiculous “Three Stooges” publicity stunt at the Dimock Post Office.

That quite naturally prompted Raiders to attempt to withdraw as Kemble’s attorney but the court wouldn’t let him do so, as Kemble had made such an issue about not being able to secure a lawyer. It’s not often that attorneys withdraw from relatively high-profile civil cases, but some readers will recall the same thing happened in the case of Vera Scroggins. Funny, how these Dimock fractivists seem to morph into legal untouchables, isn’t it?

Well, it’s not that funny if you’re Cabot and have had to deal with this nonsense for several years. Indeed, Cabot is apparently fed up with the shenanigans and determined to get to the bottom of who is behind it all. I learned this, in fact, by a visit to the Susquehanna County Courthouse this week and some followup work that took me, digitally speaking, to Fairfax County, Virginia. I learned Cabot has subpoenaed several people for purposes of depositions in the lawsuit against Kemble, Speer and company.

Not only were Kemble and Speer. subpoenaed, but Craig Stevens, Bill Huston and a woman named Julanne Skinner were also summoned. Skinner was on the Montrose Borough Council in 2013 when she apparently failed to disclose she was working for Charlie Speer who was then representing Craig Stevens in a lawsuit against the Borough. See what I mean by all the rustling in the bushes. It’s been going on a very long time.

Stevens, of course, has a long history of working with Charlie Speer and his local attorneys, Fellerman and Ciarimboli. He and Bill Huston also have very close relationships with Ray Kemble. Stevens, in fact, was given power of attorney by Ray Kemble in a public document witnessed by Bill Huston. Yes, Craig Stevens is Ray Kemble, legally speaking, which explains why Cabot wants all their depositions; to find out what’s rustling in the bushes and why.

Curiously, though, none of these talented motormouths—Speer, Skinner, Stevens, Huston and Kemble—have responded to the subpoenas. They’ve ignored them, attempted to refuse them or are in the process of attempting to quash them. Stevens has been told by a Fairfax County judge, in no uncertain terms, that he must submit to a deposition and, presumably, the others will face similar instructions. Cabot has, in fact, filed motions to compel their testimony.

But, why is there such resistance from folks who either ordinarily earn their living by talking or have made non-stop bloviating their public personas? Why are they suddenly hiding in the bushes? What are they trying to conceal? Are they worried someone might be able to follow the money? It’s impossible to know. What we do know, though, is that several Dimock fractivists known for their high loquaciousness quotients have suddenly hushed and are merely rustling in the bushes for the moment. Who knew a simple demand for the truth would illicit such reticence?

12 thoughts on “What’s That Rustling in the Dimock Bushes? Who’s There? Who’s Hiding?”