Natural gas is the solution. It works. Nothing advanced by the purveyors of supposed fossil fuel fiction changes that. The storytellers are telling tales..

Bob Ekland (“Praise For Fracking? Let’s call It Fossil-Fuel Fiction” and I are opposing veterans of the Natural Gas Wars and almost friends. The “Fiction” mentioned in his headline slyly refers my failed attempt to write a novel 25 years ago. Here’s the backstory. 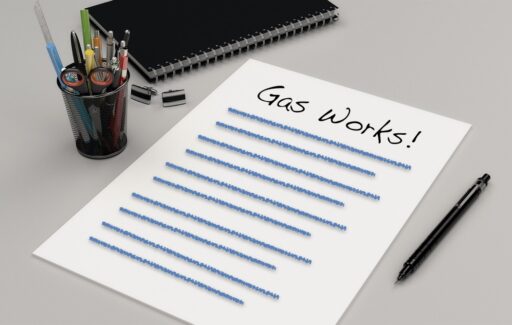 New to the area, I joined a writers group in Treadwell, mostly poets. Every Thursday we would read our week’s work to each other. My novel’s first draft took about two years to complete. Then came the rewrite.

The novel stunk. Each new character I introduced would take over the story. The novel had about a dozen main characters. Definitely a problem! I called my son (he actually earns a living writing) to ask for help. For several weeks, we did CPR on the book but the condition was terminal. It was DOA and now lies buried somewhere in the attic.

However, all was not lost. The poets taught me how to write The best used simple language. They got their facts straight, stayed focused on one theme, and surprised their readers with a fresh point of view. I’ll try to channel those lessons on the piece below.

The environmental and economic benefits of gas are not fiction. The EPA reports CO2 emissions peaked in 2007 as natural gas replaced coal in electric power generation. By 2017 emissions dropped 28% to 30 year lows. Emissions fell another 2.1% last year, mainly due to an 18% drop in coal generation. Coal power is now back to 1975 levels. Gas did it.

By replacing coal in electric plants, fracked gas (and oil) has stimulated our industry and our general economy while keeping prices low. Our population and GDP has grown enormously, yet emissions keep dropping. No other industrial economy has that record.

The USA produces 14% of global emissions. The other 86% lies elsewhere. Coal-fired China pumps out more CO2 than the US and the EU combined. China “promises” to peak in 2030. However, according to the Global Energy Monitor, there are plans for increased capacity equal to current EU output of 150 gigawatts. That will mean building one coal-fired generator per week for 10 years, 500 of the 700 already being planned. And, we’re not even talking of what will be happening in India, Indonesia, and Africa.

In the meantime, in our little corner of the world, Andrew Cuomo slams the door on gas in the name of environmental purity. He perverts the State Environmental Quality Review process in order to stop the 124 mile Constitution Pipeline that would deliver cheap Pennsylvania gas to New York and New England, He extorts electric companies with the threat of franchise suspension. Note National Grid. He raises the cost of electricity through subsidies and mandates favoring high-cost renewables. He controls the agencies that withhold the permits. It’s no great mystery that NYSEG requests a 27% rate increase. And . . . that’s only the beginning.

So while Cuomo diddles in “small ball” environmental politics, Vladimir Putin builds pipelines. He has two 800 mile pipelines under the Baltic Sea serving Germany. Germany remains dependent on”brown” coal to backstop its renewables program. With electricity rates triple those in the USA, it needs gas for price and environmental reasons.

Last month, Putin opened the 1,800 mile Power of Siberia Pipeline to Northern China. The Power of Siberia Pipeline will eventually pump 38 billion cubic meters of gas by 2025. That’s the the equivalent of Brazil’s annual gas consumption. If the USA experience is any predictor, this will knock quite a few of China’s coal generators off the grid because . . . gas beats coal in price and emissions.

So I have a question for Mr. Eklund: which energy model is better for the global environment (and the individual’s pocketbook) — Andrew Cuomo’s or Vladimir Putin’s?

Give me a call, Bob. I’m in the book. I’d like to point out four or five other errors in your Letter but the ghosts of the poets tell me to stick to one theme.

That theme is — gas works! For the immediate good of our environment. For our collective and personal economics. For our country as a whole.