Toyota’s head of energy and environmental research Robert Wimmer testified before the Senate this week, and said: “If we are to make dramatic progress in electrification, it will require overcoming tremendous challenges, including refueling infrastructure, battery availability, consumer acceptance, and affordability.”

…Wimmer noted that while manufactures have announced ambitious goals, just 2% of the world’s cars are electric at this point. For price, range, infrastructure, affordability, and other reasons, buyers continue to choose ICE over electric, and that’s even when electric engines are often subsidized with tax breaks to bring pricetags down…

Toyota warns that the grid and infrastructure simply aren’t there to support the electrification of the private car fleet. A 2017 U.S. government study found that we would need about 8,500 strategically-placed charge stations to support a fleet of just 7 million electric cars. That’s about six times the current number of electric cars but no one is talking about supporting just 7 million cars. We should be talking about powering about 300 million within the next 20 years, if all manufacturers follow GM and stop making ICE cars.

Simply put, we’re gonna need a bigger energy boat to deal with connecting all those cars to the power grids. A LOT bigger. 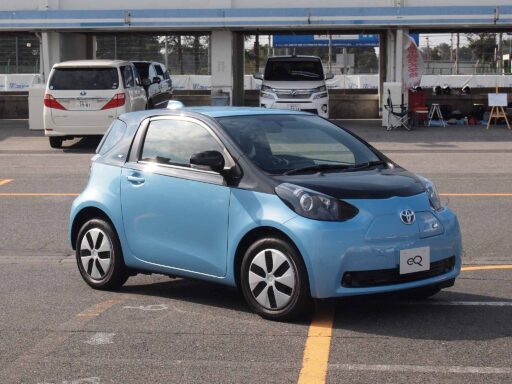 But instead of building a bigger boat, we may be shrinking the boat we have now. The power outages in California and Texas — the largest U.S. states by population and by car ownership — exposed issues with powering needs even at current usage levels. Increasing usage of wind and solar, neither of which can be throttled to meet demand, and both of which prove unreliable in crisis, has driven some coal and natural gas generators offline. Wind simply runs counter to needs — it generates too much power when we tend not to need it, and generates too little when we need more. The storage capacity to account for this doesn’t exist yet.

We will need much more generation capacity to power about 300 million cars if we’re all going to be forced to drive electric cars. Whether we’re charging them at home or charging them on the road, we will be charging them frequently. Every gas station you see on the roadside today will have to be wired to charge electric cars, and charge speeds will have to be greatly increased. Current technology enables charges in “as little as 30 minutes,” according to Kelly Blue Book. That best-case-scenario fast charging cannot be done on home power. It uses direct current and specialized systems. Charging at home on alternative current can take a few hours to overnight to fill the battery, and will increase the home power bill. That power, like all electricity in the United States, comes from generators using natural gas, petroleum, coal, nuclear, wind, solar, or hydroelectric power according to the U.S. Energy Information Administration.

And, so it goes as political correctness demands slavish attention to green ideology and blinders on those who would speak the truth.

Greedy Gentry Class Shills Seek Funding from Those They Sue

The Clean Air Council, Mountain Watershed Association and Delaware Riverkeeper a/k/a PovertyKeeper are all simply gentry class shills funded to the hilt by the ultra-wealthy Heinz and Haas families to oppose natural gas, but they want more money and something more valuable even than money; the power to punish. This is so absolutely disgusting:

On March 18, the Clean Air Council, Mountain Watershed Association, and the Delaware Riverkeeper Network petitioned the PA Supreme Court to take up an appeal of a Commonwealth Court decision denying attorneys fees in the groups’ successful challenge to a Mariner East Pipeline Permit…

“Fee shifting” provisions such as the one under the Clean Streams Law exist in order to incentivize individuals or groups to bring cases that stop discriminatory behavior, achieve improved access, or protect a natural resource–all goals that are in the public interest but that may not result in a financial award.

Legal experts, fees, and other costs necessary for these cases can easily reach tens or hundreds of thousands of dollars, and the cases can go on for years or even decades, making appeals like this out of reach for most absent the ability to recoup costs. 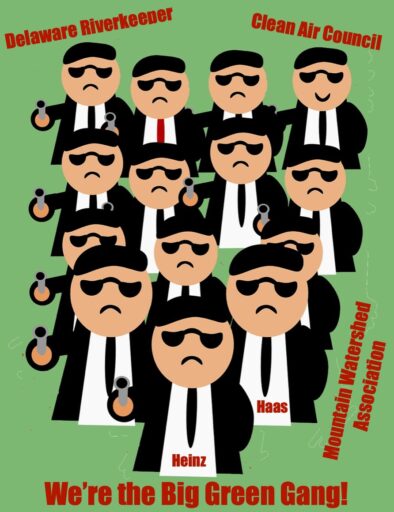 Melissa Marshall, Community Advocate with the Mountain Watershed Association, commented that, “without fee shifting provisions, attorneys would only be able to take ultra-wealthy clients. Removing fee shifting provisions – or severely restricting them as the court has done here – quickly leads to a scenario where everyone but the uber-rich is de facto stripped of their rights. The communities who are the most impacted by polluting activity are left without any way to gain representation, and hence, without a way to enforce the laws when they are violated by the acts of private industry or government during permitting.”

“Having clean water to drink in Pennsylvania is not a given,” said Joseph Otis Minott, Executive Director and Chief Counsel of Clean Air Council. “The Clean Streams Law only works if the public can enforce it, and the public can’t enforce it if they’re driven into bankruptcy appealing permits for industrial projects that pollute our streams and rivers. We’re not going to sit aside and watch as the laws protecting our drinking water are hollowed out.”

This is an example of the rot that is far too much of the non-profit community today. They’re merely highway robbers and thugs sent out to do the dirty work of uber-rich elites, which is deeply ironic and only proves the left always accuses its targets of doing precisely what it is doing; in this case against natural gas.

What A Difference A President Makes

It was obvious to many of us what would happen if Bumbling Biden were to become President, of course, but to see it slowly being realized is still painful in the extreme:

In April 2018, former President Donald Trump reacted quickly with a barrage of tweets to the threat of rising gasoline prices, resulting in OPEC+ changing its approach to oil production.

The reaction of the Biden administration is vastly different as it moves further toward implementing green policies. Higher prices for fossil fuels help the Biden Administration’s goals.

Biden re-enrolled the United States in the Paris Agreement and committed the nation to the goal of net-zero carbon emissions by 2050. 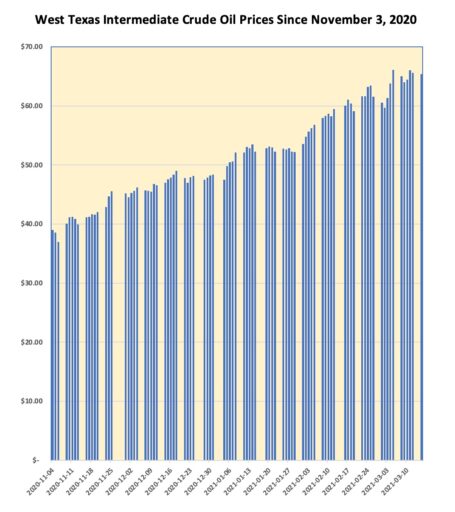 One of Mr. Biden’s first moves in office was to revoke permits for the Keystone XL Pipeline, which would have carried 800,000 barrels of oil per day from Canada to refineries in the Texas Gulf Coast region. He also issued a moratorium on new oil and gas drilling on federal lands.

These are strong market signs that the priority of domestically-produced energy that led in 2019 to energy independence (producing more energy than we consumed) is no longer important to the U.S. government, and is being responded to by the markets and oil producers throughout the world.