The supposed inevitability of renewables is a matter of faith with gullible fractivists but the facts show we’re using more natural gas energy than ever.

Never surrender to the hype. Facts always serve us better in the long run, although the temptation to accede to the will of crowd is ever strong. Such is the case with the supposed inevitability of renewables, which are anything but. Indeed, natural gas is gaining on renewables according to the latest data from the Energy Information Administration.

U.S. energy consumption is higher than ever and take a look at this chart from the EIA: 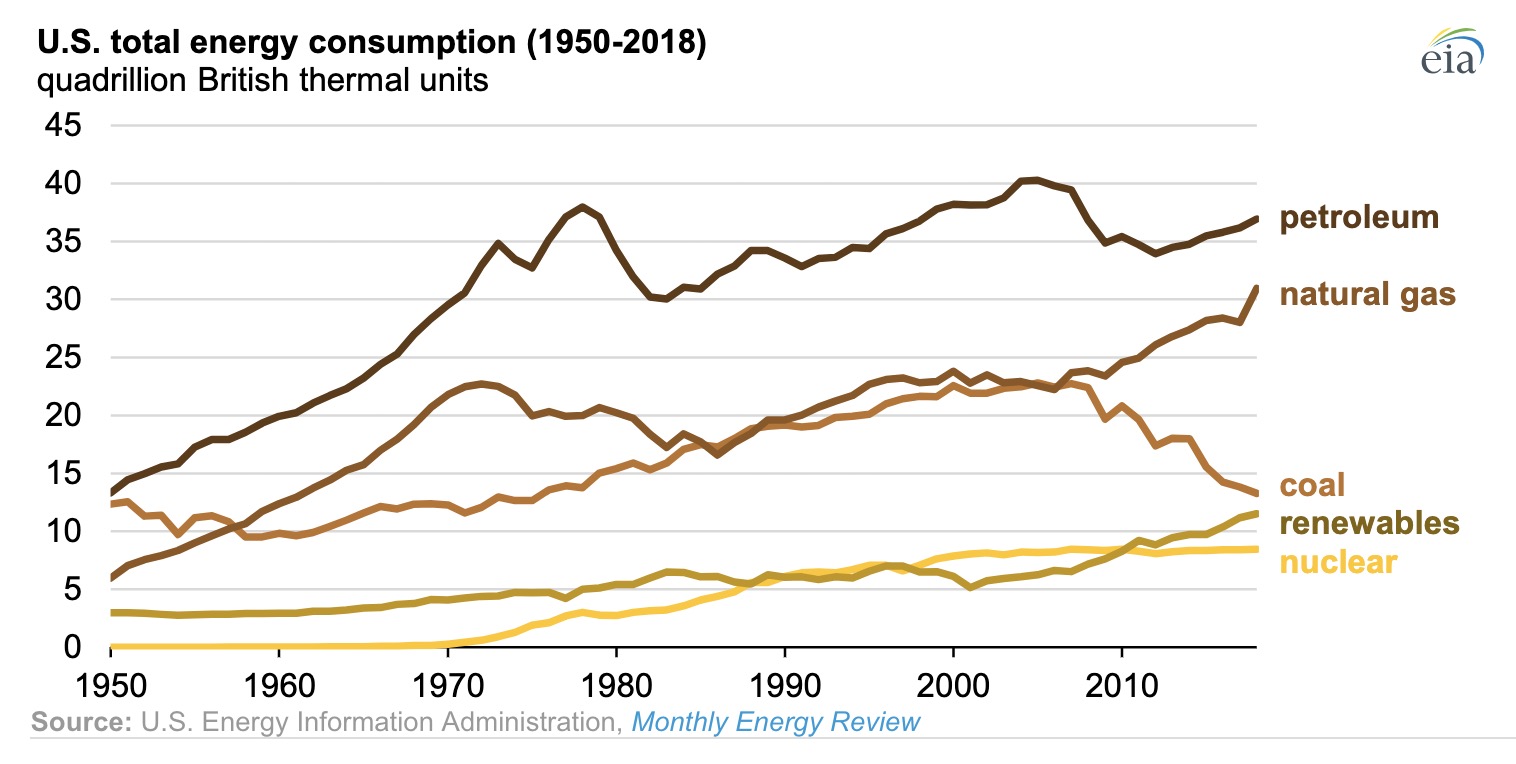 Notice the gap between natural gas and renewables. And, here is how that gap it looks by itself: 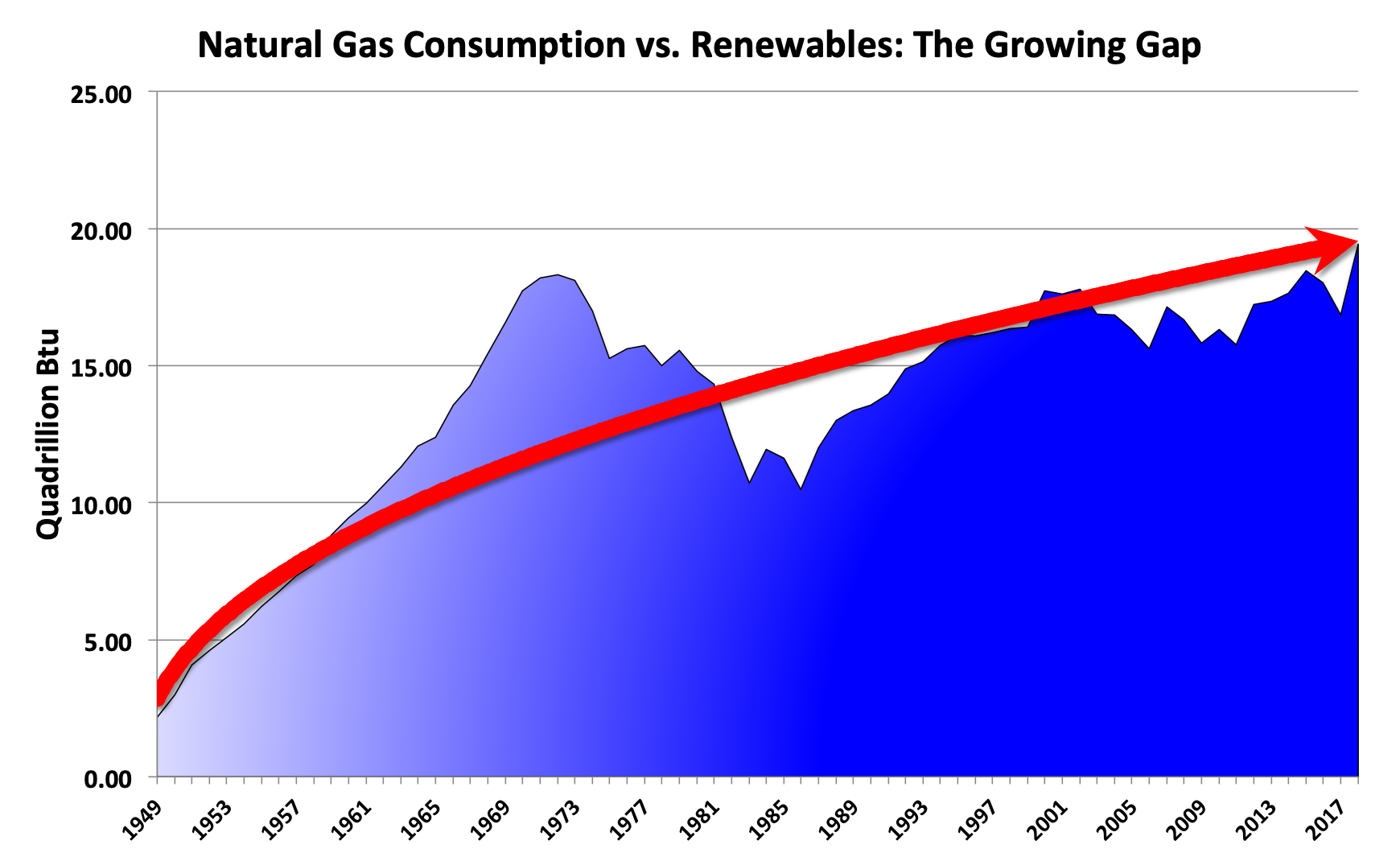 According to the EIA, natural gas had a banner year in 2018 (emphasis added):

Natural gas consumption in the United States reached a record high 83.1 billion cubic feet/day (Bcf/d), the equivalent of 31 quadrillion Btu, in 2018. Natural gas use rose across all sectors in 2018, primarily driven by weather-related factors that increased demand for space heating during the winter and for air conditioning during the summer.

Think what that means for CO2 emissions given the fact electricity use is relatively flat by comparison. It means gas substituted for coal and oil and emissions are far less than they would have otherwise been. But, that’s not all, because this is what EIA says about renewables:

Biomass consumption, primarily in the form of transportation fuels such as fuel ethanol and biodiesel, accounted for 45% of all renewable consumption in 2018, up 1% from 2017 levels. Increases in wind, solar, and biomass consumption were partially offset by a 3% decrease in hydroelectricity consumption.

The dirty little secret about renewables is that the largest of the energy used in this category is biomass, which does nothing for reducing CO2 emissions unless you assume the corn, wood and so on would have been grown anyway and left to rot. Hydroelectric is also a huge part but has no future unless we want to flood more of America. Wind is the only other thing that matters and it simply doesn’t happen without massive subsidies by taxpayers and other ratepayers. No one would do wind without them.

This is why natural gas keeps gaining on renewables, thanks to the shale revolution!

2 thoughts on “Natural Gas Is Gaining on Renewables; The Gap Has Never Been Wider”