For those who are worried about climate change, natural gas is such an obvious solution, but provokes truly irrational opposition from natural gas deniers.

This November in Paris, the WPCC 2015 World Climate Conference will be held. Given the amount of countries involved, there have already been various meetings ahead of it, and it’s clear that the two greatest emitter of carbon are out to solve the issue via a variety of ways, but the original road starts with abundant natural gas knocking coal out of the picture.

If one listens to the Green Parties and Guardians of the world, this is the last chance to save the planet, a narrative that dates from all the other failed conferences over the years. It’s worth a quick look back to the previous summit in  Copenhagen as reported in No Hot Air in 2009. Since then there have been smaller conferences about conferences which didn’t achieve anything either, apart from Greenpeace vandalizing the Nazca Lines last year (see picture below). To the natural gas industry, the solution in 2009 had already fallen out of the sky as Tim Wirth noted, but this was a case of too soon. Aubrey McClendon, then of Chesapeake, noted that European gas regulators had no idea of what he was talking about. 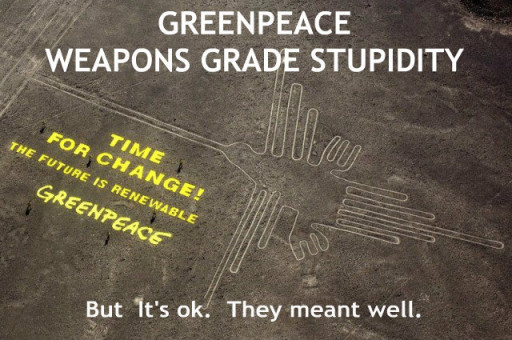 The presentation now seems lost to history but was called “America’s, and soon the world’s clean energy answer to Climate Change.” If anyone can find one, please let me know. (It had a hilarious part where an increasingly frustrated McClendon took a succession of spectacularly stupid questions from Geoffrey Lean of the Daily Telegraph.  Lean has probably bought up every copy and destroyed them)

Six years later, natural gas is becoming the obvious solution. This year in Paris, ironically where President Hollande rails against shale gas, there will be agreement between the US and China, with probably India, Canada, Brazil and even Australia joining in. The agreement would have been impossible without the sudden emergence of globally prevalent natural gas resources. Those who deny this will have to live with themselves. The new climate deniers are natural gas deniers

We’re seeing a more rational approach as even Greenpeace starts to concentrate on coal internationally instead of natural gas. In the UK, and surprisingly among US green fundamentalists, shale gas is still the devil incarnate. Considering that US shale has led to substantial cuts in CO2 and methane as wind and solar surge ahead, the green fundamentalism present in New York State is perplexing.  Green politics are intertwined with the left wing of the US Democratic Party (about as left wing as UKIP by European standards), and muddied here ahead of the election in the UK. It’s worth noting that the French Greens (EELV) got barely 2% in yesterday’s French local elections and they’ve peaked in Germany too.

Yet, among serious climate scientists around the IPCC and IRENA, there is a growing realization that natural gas is the only game in town for quick carbon reductions. The true believers hate gas as much as ever, consistently unable to differentiate it from any other fossil fuel. The Guardian and Greenpeace consistently hail China’s turn around on coal for example, but remain unable to pretend gas in both China and the US is the root cause. Natural gas causes amnesia.This from the FT warns about the Guardian’s simplistic “Leave in in the Ground” campaign:

Warm feelings no help to the climate

It takes some variety of wilful ignorance to dismiss the need for action to avert the threat of climate change.

From imaginings of vast conspiracies to complacency that global warming can only be benign, the arguments against taking the danger seriously are rooted in a refusal to face reality. The climate is a complex system, of course, and forecasting it fraught with uncertainty. But the evidence is strong enough to make it clear that the risk of catastrophe cannot be dismissed.

..By focusing on divestment, however, the campaigners are channelling their efforts into an issue that is largely irrelevant to the ultimate objective of minimising the threat of climate change.

As Paris approaches, what once seemed fanciful is approaching the mainstream, and, as we predicted in 2012, right on schedule. Firstly, any distinction between shale and “conventional” natural gas is rapidly disappearing. With already over 55% of all US natural gas coming from “unconventional” the term is a complete misnomer. If we go way back to 2010 Steve Levine and John Malone, two early readers of NHA saw the real prize:

how much of a game-changer is this surplus? Could it, for example, seriously curb the world’s appetite for abundant and cheap, but dirty, coal? If it does, it will mean an additional political shift, since coal is the key driver of current projections of the rise of heat-trapping gases over the coming decades. John Malone, an analyst with New York-based Ticonderoga Securities, tells me that the chessboard extends to developments in India, East Africa and South Korea, and that a general gas-triggered shift away from coal “seems inevitable:”

John Malone was way ahead of me then, but European Greens are still way behind. To them, China’s thirst for energy means either we’ll keep burning coal or they’ll price gas out of the European market. Either way, by their outdated reckoning, a huge surge in European renewables will be necessary on both climate and cost grounds. 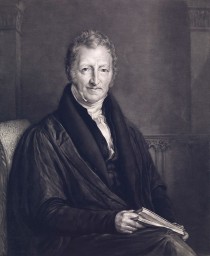 This fundamental, Malthusian/peak oil miscalculation lies at the root of the current campaign against gas. It’s almost entirely born out of pique and resentment.

The climate problem is settled by a wide variety of all of the above technologies, but Green fundamentalists appear provoked that natural gas, a fuel they willingly supported when it was expensive and scarce, has dis-intermediated them.

A Reuters story highlights how natural gas is becoming just a commodity and the coming combination of an LNG supply surge and the breaking of the oil/gas link will only accelerate the trend. Not only is this a case of this time it’s different, it will stay that way for years to come:

What has changed in LNG is the wave of new supply, and this is likely to become more pronounced in the next few years.

In 2014, Exxon Mobil started up its 6.9 million tonne a year project in Papua New Guinea and first cargoes were shipped from Queensland Curtis, the first of seven Australian ventures under construction to move to production.

The 7.4 million tonne a year Queensland Curtis project only started shipping late last year, so the main new supply in 2014 was the Exxon Mobil plant in Papua New Guinea.

If the addition of just 6.9 million tonnes a year can drive LNG prices substantially weaker in Asia, it’s not difficult to imagine the impact of another 62 million tonnes per annum from just Australia by 2018.

There are also another 48.5 million tonnes currently under construction in the United States, and these will also hit the market by 2018.

A further 41 million tonnes is under construction in three projects in Russia, also slated for start-up by 2018-19.

These are confirmed capacity additions, with the possibility of even more projects getting final approval in the United States, Canada and East Africa.

If we go back one more time to 2012, this from Citi was reported here.

For the last decade, one of the most unassailable assumptions in global energy markets has been the ever-increasing trajectory of Chinese thermal coal demand. The consensus outlook for China’s coal demand, which currently accounts for more than 50% of global demand, has been so strong that the IEA called for coal to surpass oil as the leading global fuel before 2030.

 Beyond the possibility of peak thermal coal demand in China, a series of transformative forces are increasingly asserting their influence on the global power mix. Disruptive changes in technology costs and fuel markets are now set to ensure that the next ten years look little like the last twenty. US shale gas is just the beginning. Changes in the power mix, especially in Chinese coal demand, have serious ripple effects on three categories: (1) globally traded coal and commodities, (2) countries and companies reliant on coal production and (3) carbon emissions.

But, enough of the past. The future is looking pretty good, unless of course to journalists looking for eternal “controversy” and a fundamentalist greens trying to stoke it. But for the rest, expect to see Paris 2015 as a great success for the planet.There’ll be a small and noisy, mostly European, contingent of nay sayers, but we can expect President Hollande to zip it.The new world low carbon economy will be natural gas, renewables, efficiency and some niche products like nuclear and CCS. After that we’ll have natural gas vehicles, probably combined with the next paradigm shift of self-driving vehicles. By 2025, the world will look pretty good. And very different.

One thought on “Natural Gas Deniers”