The Dakota Access Pipeline debacle brought to us by special interest groups and the feckless Obama Administration illustrates the shallowness of fractivism.

There’s no doubt the Dakota Access Pipeline debacle has captured public attention. What is less appreciated, though, is that it has fired up people on both sides. It has served as a proxy war of sorts between those who would follow the law and those who would twist, manipulate and abuse that law to advance a fractivist ideology that is part of a much bigger radical agenda.

Fascinating to me is the fact our side seems to be up for the fight this time, as if everyone finally reached the “enough is enough” point. This was brought home to me by a Pennsylvania reader who shared a piece about the pipeline folks fighting back, saying “I knew there was a reason I like the ETP conglomerate.” It seems ordinary people are tired of being played. Thank God!

Our previous two posts on this subject (here and here), together with guest posts by Jessica Sena and Mike Krancer, provide the background. They supply the facts missing from the debate as reported by the major media. The controversy has been exacerbated to the point of ugly by special interest groups. Some are funded by the same coastal elites I talked about yesterday. Others are allies or tools of cronyism con-man Warren Buffett. Still others are just serial protestors or angling for advantages that can be secured by boxing everyone into a corner. 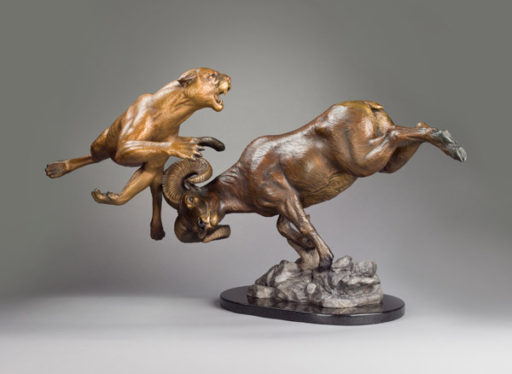 Being boxed into a corner, though, can bring out the best in a fighter, concentrating his mind on what’s important. It appears ETP is that kind of fighter and it’s inspiring. Check out this news release, ironically distributed by BusinessWire.com, a Warren Buffett enterprise. They titled it “Energy Transfer Partners and Sunoco Logistics Partners Respond to the Statement from the Department of the Army.” Don’t you love it? Taking on the Army, as the Army Corps of Engineers surrenders to Obama Administration political correctness? Here are some excerpts (emphasis added):

Energy Transfer Partners, L.P. (NYSE: ETP) and Sunoco Logistics Partners L.P. (NYSE: SXL) announced that the Administration’s statement today that it would not at this time issue an “easement” to Dakota Access Pipeline is a purely political action – which the Administration concedes when it states it has made a “policy decision” – Washington code for a political decision. This is nothing new from this Administration, since over the last four months the Administration has demonstrated by its action and inaction that it intended to delay a decision in this matter until President Obama is out of office.

For more than three years now, Dakota Access Pipeline has done nothing but play by the rules. The Army Corps of Engineers agrees, and has said so publicly and in federal court filings. The Corps’ review process and its decisions have been ratified by two federal courts. The Army Corps confirmed this again today when it stated its “policy decision” does “not alter the Army’s position that the Corps’ prior reviews and actions have comported with legal requirements.”

In spite of consistently stating at every turn that the permit for the crossing of the Missouri River at Lake Oahe granted in July 2016, comported with all legal requirements, including the use of an environmental assessment, rather than an environmental impact statement, the Army Corps now seeks to engage in additional review and analysis of alternative locations for the pipeline.

The White House’s directive today to the Corps for further delay is just the latest in a series of overt and transparent political actions by an administration which has abandoned the rule of law in favor of currying favor with a narrow and extreme political constituency.

As stated all along, ETP and SXL are fully committed to ensuring that this vital project is brought to completion and fully expect to complete construction of the pipeline without any additional rerouting in and around Lake Oahe. Nothing this Administration has done today changes that in any way.

That’s how to fight back. Call it out. Name it and defy it. If only more oil and gas companies did so. Three cheers for ETP!