Fractivists can claim all they want that hydraulic fracturing is the reason for increased earthquakes, but scientific evidence just does not support it.

People in seven states, from South Dakota to Texas, were awakened Saturday morning, September 3, by Oklahoma’s most powerful earthquake in recorded history. The 5.8 tremor was centered near Pawnee, OK. Several buildings sustained minor damage and there were no serious injuries. 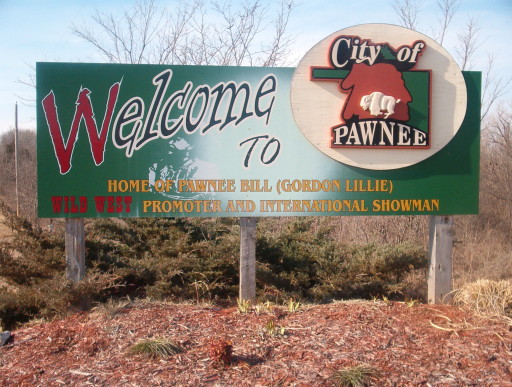 What we don’t know is what caused the quake—but that didn’t stop the alarmist headlines from quickly blaming it on “fracking.”

A headline in Forbes stated: “Thanks to fracking, earthquake hazards in parts of Oklahoma now comparable to California.”

A report from ABC claims: “The increase of high-magnitude earthquakes in the region has been tied to the surge in oil and gas operators’ use of hydraulic fracturing, or fracking…”

Citing a March 2016 report from the U.S. Geological Survey (USGS) on “induced earthquakes,” CNN says: “The report found that oil and gas drilling activity, particularly practices like hydraulic fracturing or fracking, is at issue. Saturday’s earthquake spurred state regulators in Oklahoma to order 37 disposal wells, which are used by frackers, to shut down over a 725-square mile area.”

Despite these dramatic accusations, the science doesn’t support them. The USGS website clearly states: “Fracking is NOT causing most of the induced earthquakes.” An important study from Stanford School of Earth, Energy & Environmental Sciences on the Oklahoma earthquakes, which I wrote about last year, makes clear that they are “unrelated to hydraulic fracturing.”

While the exact cause of the September 3 quake is still undetermined, geologists close to the research do not believe it is fracking related. (Realize 5.5 El Reno earthquake, centered near the western edge of Oklahoma City, in 1952 was from natural causes.) At a September 8 meeting on Seismicity in Oklahoma, according to Rex Buchanan, Interim director of the Kansas Geological Survey: “There was relatively little conversation about fracking and far more conversation about wastewater.”

William Ellsworth, Professor (Research) of Geophysics at Stanford University, told me that while no specific information about this direct case is available: “I don’t have any information that would allow me to rule out fracking. However, it is extremely unlikely. Fracking occurs for a few days at most, if at all, when the well is being finished. Wastewater injection goes on continuously for years and years.”

The error in the reporting occurs, I believe, because people don’t generally understand the difference between drilling and hydraulic fracturing, and produced water and flowback water, and, therefore, merge them all into one package.

Yes, it does appear that the increase in induced, or human-caused, earthquakes may be the result of oil-and-gas development, yet totally banning fracking, as Stein and Hillary Clinton support, would not diminish the tremors.

First, not every oil or gas well is drilled using hydraulic fracturing. As Ellsworth mentioned, fracking is a part of the process used on some wells. However, much of the drilling done in the part of Oklahoma where the seismic activity first occurred is conventional and doesn’t involve fracking—which provided a premise for the Stanford researchers’ study.

When a well uses the hydraulic fracturing enhanced recovery technology, millions of gallons of water, plus sand and chemicals, are pumped into the well at high pressure to crack the rock and release the resource. When the oil or gas comes up from deep underground, the liquids injected come back to the surface too. This is called flowback water. That water is separated from the oil and/or gas and may be reused, recycled (as I wrote about in December), or disposed of in deep wells known as injection wells—which are believed to be the source of the induced seismic activity. 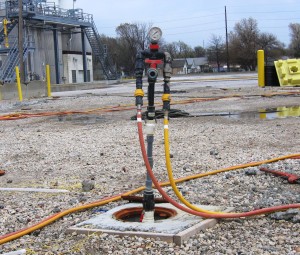 “Ha!” you may think, “See, it is connected to fracking.” This brings the discussion to produced water—which is different from flowback water.

This type of wastewater is produced at nearly every oil and gas extraction well—whether or not it is fracked. The water, oil, and gas are all “remnants of ancient seas that heat, pressure and time transformed,” explains Scott Tinker, Texas’ state geologist and director of the University of Texas at Austin’s Bureau of Economic Geology. He continues: “Although the water is natural, it can be several orders of magnitude more saline than seawater and is often laced with naturally occurring radioactive material. It is toxic to plants and animals, so operators bury it deep underground to protect drinking-water supplies closer to the surface.” In Oklahoma, the wastewater is often injected into the Arbuckle formation.

While the hydraulic fracturing process is typically only a few days, the produced water can be brought to the surface with the oil and/or gas for years. With the increased oil and gas extraction in the past several years—before the 2014 bust, the volumes of wastewater also soared. In parts of Oklahoma, ten barrels of wastewater are produced with every barrel of oil. Scientific American reports that some of those high-volume injection wells “absorbed more than 300,000 barrels of water per month.”

The authors of the Stanford study were “able to review data about the amount of wastewater injected at the wells as well as the total amount of hydraulic fracturing happening in each study area, they were able to conclude that the bulk of the injected water was produced water generated using conventional oil extraction techniques, not during hydraulic fracturing,” writes Ker Than for Stanford. Professor Mark Zoback, lead author of the study states: “We know that some of the produced water came from wells that were hydraulically fractured, but in the three areas of most seismicity, over 95 percent of the wastewater disposal is produced water, not hydraulic flowback water.” Ellsworth agrees. Last year, he told the Associated Press: “The controversial method of hydraulic fracturing or fracking, even though that may be used in the drilling, is not physically causing the shakes.”

So, if banning fracking won’t stop the shaking, what will? The geologists contacted for this coverage agree that more work is needed. While the quakes seem to be connected to the wastewater injection wells, there are thousands of such wells where no discernable seismic activity has occurred. Oklahoma has been putting new restrictions on some of its thousands of disposal wells for more than a year to curb seismic activity and that, combined with reduced drilling activity due to low prices, has reduced the rate of the tremors. In Texas, when the volumes of wastewater being injected into the vicinity of that state’s earthquakes were reduced, the earthquakes died down as well. Other mitigation strategies are being explored. 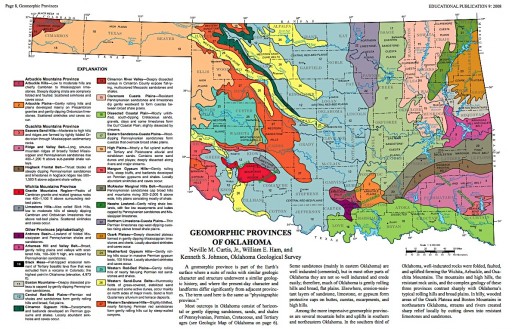 Jeremy Boak, director, Oklahoma Geological Survey, told me: “The Oklahoma Geological Survey is on record as concluding that the rise from 1-2 M3.0+ earthquakes per year to 579 (2014), 907 (2015) and the current 482 (to date in 2016) are largely driven by increased fluid pressure in faults in the basement driven largely by injection of water co-produced with oil and gas and disposed of in the Arbuckle Group, which sits on top of basement. Both the increase and the current decreasing rate appear to be in response to changes in the rate of injection. There are natural earthquakes in Oklahoma, but the current numbers dwarf the inferred background rate.”

Interestingly, most of the aforementioned reports that link fracking and earthquakes, ultimately acknowledge that it is the wastewater disposal, not the actual hydraulic fracturing, that is associated with the increased seismic activity—but, they generally fail to separate the different types of wastewater and, therefore, make the dramatic claims about fracking.

Boak emphasized: “There are places where there are documented cases of earthquakes on individual faults occurring very near and during hydraulic fracturing operations, including one published case in Oklahoma. These are generally small earthquakes, although some larger ones (M4.0+) have occurred in British Columbia. Therefore, it is technically very important to maintain the distinction between injection-induced and hydraulic fracturing-induced earthquakes, or we may take the wrong action to solve the problem. Should the OGS and Oklahoma Corporation Commission (OCC) staff find further Oklahoma examples of such earthquakes, the OCC will take action. The current issue of injection-induced seismicity must take precedence.”

Editor’s Note: It’s also worth pointing out injected wastes can include those from other industries and not just oil and gas. Another excellent article on the subject as it relates to oil and gas may be found here.

The author of Energy Freedom, Marita Noon serves as the executive director for Energy Makes America Great Inc., and the companion educational organization, the Citizens’ Alliance for Responsible Energy (CARE). She hosts a weekly radio program: America’s Voice for Energy—which expands on the content of her weekly column. Follow her @EnergyRabbit.

9 thoughts on “Fracking Is Not Causing Earthquakes”