While I anxiously await the breaking of the icy death grip that the cold fingers of Winter has wrapped around Bradford County, I’m left with a little too much screen time than I would like, which has led to some interesting leaps down the rabbit hole of the Internet.

One of my more recent spelunking exhibitions through cyberspace led me to a relatively new, UK-based organization joining the throngs of others seeking to save the world from certain annihilation in the next decade or so. 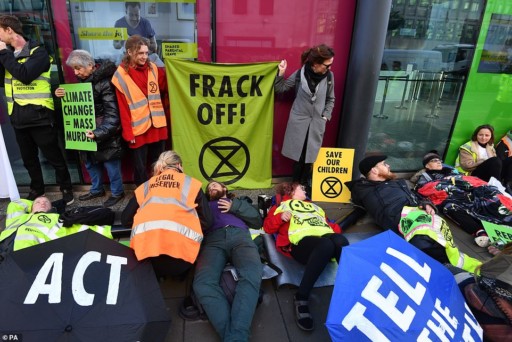 I first came across Extinction Rebellion through one of their videos mimicking the Sunrise Movement‘s exploitation of children by convincing them that they’re going to die before they reach the age of 30 due to climate change.

While most are probably familiar with the Sunrise Movement video where Senator Dianne Feinstein gave the students (and their teachers) a reality check into how the American governmental system works and how the Green New Deal is too crazy even for Democrats, that video shed the first major spotlight on the growing practice of far left environmental activists pushing forward impressionable youth and trying to use tears and sympathy on an incredibly complex, global issue.

There’s a reason why adults made laws that forbid kids from driving, voting, gambling, consuming alcohol, smoking cigarettes or doing anything else that requires a dose of responsibility.

But Extinction Rebellion (coolly abbreviated “XR”) takes it all a step further by utilizing hip, revolution-style language to promote an imminent, doomsday scenario that – once you boil it down – is really an attempt to, for lack of a better word, overthrow its own government and build a fanciful, socialist utopia.

I know that sounds a little extreme, but hear me out.

Under XR’s list of “demands,” the organization calls for three main conditions:

Now, there’s a lot to process here. For starters – and maybe it’s different in the UK – there’s no shortage of government officials “telling the truth” (or at least XR’s version of the truth) on climate change. But I guess simply agreeing with the idea of climate change isn’t enough – the government has to come out and say “yes, we’re all going to die in 12 years,” and any other statement that alleviates from XR’s idea of the truth is not only a lie, but “willful genocide.” (Yes, you read that right.)

As for working alongside the media, well, we’re all aware that there may be a handful of major networks that work pretty well alongside this schtick.

Demand #2 is really what XR is after, and it gives a helpful little link tree of how the demand could be implemented, which of course means embracing the Green New Deal as Scripture and “mobilizing” the global economy as if it was World War III.

But Demand #3 is really where XR’s true colors shine through. Essentially, XR wants the government to “tell the truth,” immediately send us back to the Stone Age to fix this “truth,” and then hand the keys over to them.

But it’s the last sentence of that demand that, quite honestly, is chilling. “Instead, we demand a Citizens’ Assembly to oversee the changes as we rise from the wreckage, creating a democracy fit for purpose. 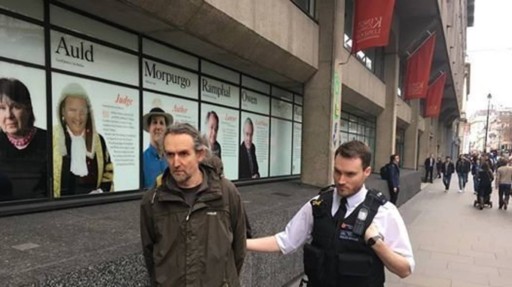 The Independent: Extinction Rebellion co-founder Roger Hallam is arrested outside of King’s College in the UK.

Rise from what wreckage? Create a democracy fit for what purpose? This makes it sound like they’re going to build a post-apocalyptic society. Is that what it means? Does XR want to create a global economic apocalypse to “save the world?”

For all you Marvel fans, if this doesn’t sound like Thanos, I don’t know what does.
To implement this world-ending-saving enigma demand, XR recommends a link to The Sortition Foundation.

Quite simply, this foundation supports the idea of “the use of random selection to populate a legislative assembly (parliament, congress).”

According to the foundation, this is “real democracy.” Not voting, not having a voice in who you want to represent you, but the individual across town who had his name pulled out of a hat.

“For hundreds of years it was considered a fundamental aspect of democracy; it wasn’t until long after the French and American revolutions, as universal suffrage slowly became widespread, that the term ‘democracy’ was re-christened to mean electoral democracy.” – The Sortition Foundation

Damn those pesky Americans for building the greatest country in the world and all that.

And I haven’t even touched on the part where the XR vows to get arrested, thrown in jail and arrested again to make all this happen, specifically on April 15 — when XR plans to hit the streets, be a nuisance and stop everything they can.

But let’s look at the facts. XR is essentially claiming that the government’s (the UK’s) inaction on climate change is the equivalent of willful genocide and the embracing of a mass human extinction.

But, the UK’s emissions were down a whole 43 percent in 2017 compared to 1990, according to the Committee on Climate Change. Furthermore, the country is also on pace to meet its current carbon budget.

So there is no inaction – the UK is doing exactly what it has planned to do. In fact, the UK has dropped emissions faster than any other major developed country and produced this nifty chart to illustrate: 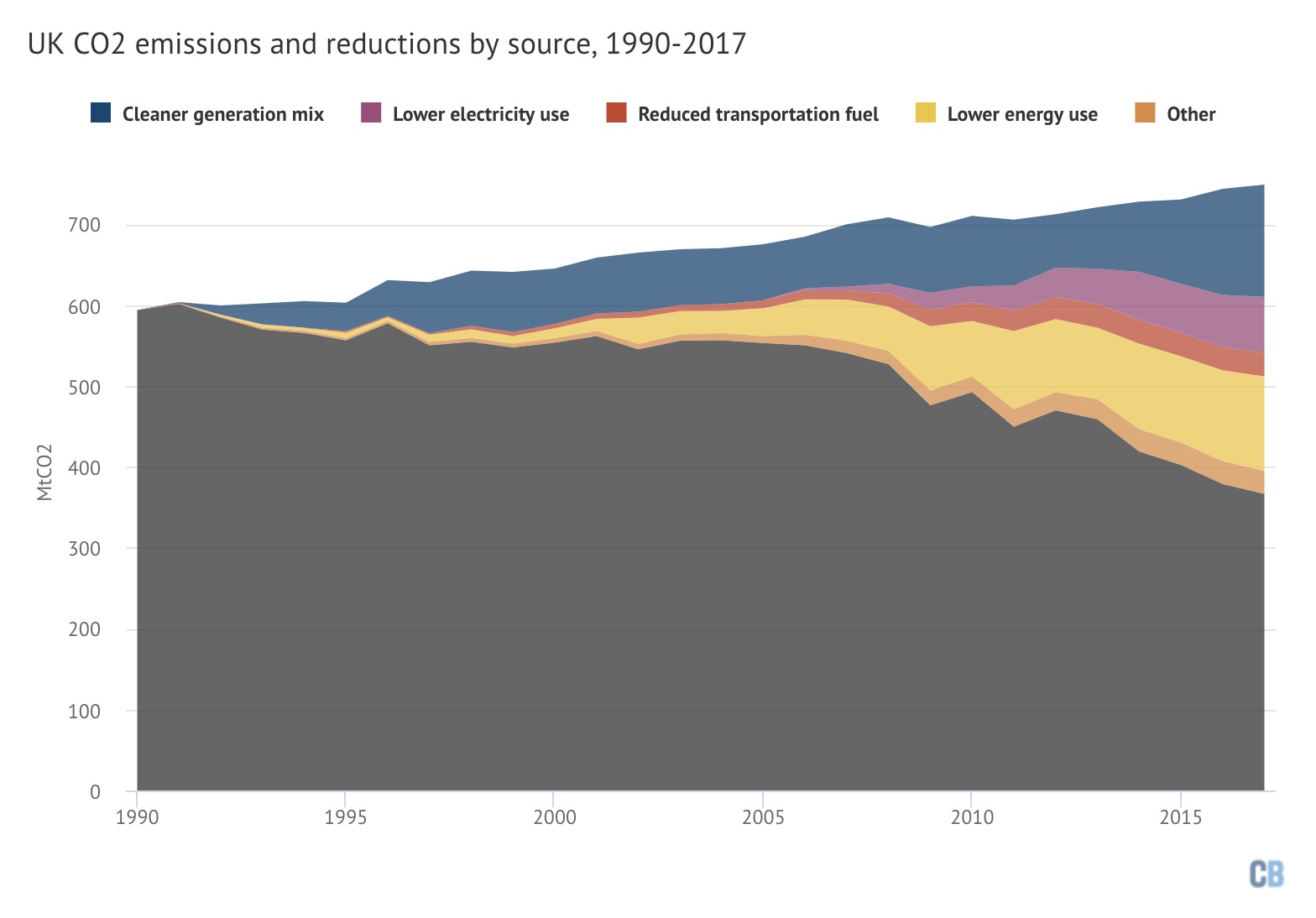 Carbon Brief added, “(t)he most significant factors include a cleaner electricity mix based on gas and renewables instead of coal, as well as falling demand for energy across homes, businesses and industry.”

It seems the only entity here looking to commit willful, albeit economical, genocide and “rise through the wreckage” is XR.