Huntingdon County, PA landowner Ellen Gerhart, adamantly opposed to the Mariner East 2 pipeline being constructed across her land, tried to block construction on her property. She had her day in court last August and was found guilty of violating a judge’s previous order to stop interfering with construction. Gerhart was sentenced to jail and a $2,000 fine. What did she do to deserve jail time? 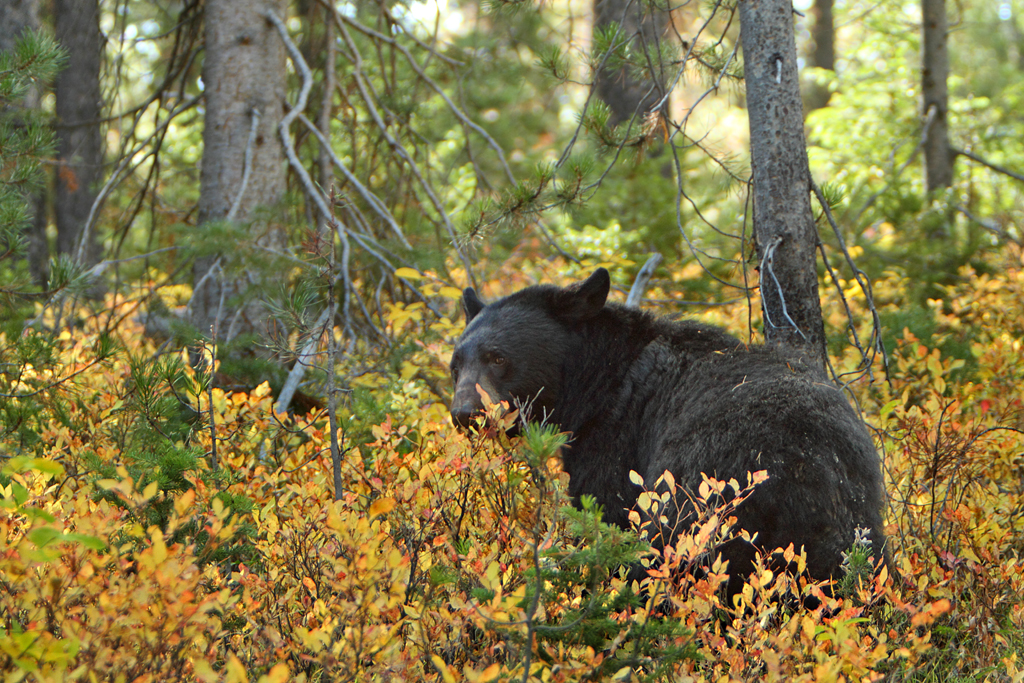 Black bears like this one were baited for use as fractivist tools in Ellen Gerhart’s quest for pipeline obstruction martyrdom.

Sunoco Logistics Partners, builder of the Mariner East 2 pipeline, said Gerhart was, “standing in front of construction equipment, setting fires next to the nylon construction fence, threw ground meat on workers and set out bait to attract wild animals, including bears to the work site.” And after being told to stop doing those things by the court, she didn’t. Hence, off to the clink. She finished serving her time in January of this year, although she still hasn’t paid the fine.

A central Pennsylvania woman who set fires, harassed workers and lured bears to the site as workers for the Mariner East Pipeline cleared trees on her property failed Wednesday to convince a state court that she was unjustly jailed for her protests.

Zanic issued his stay away from the work site order in June 2017 after Sunoco, the pipeline owner, complained Gerhart and others were sitting in trees on the Gerhart’s Union Township that had to be removed. A court order allowed Sunoco to do that work since the state Public Utility Commission has deemed the much-protested Mariner East project, which transports propane, to be in the public interest, Leavitt noted.

Sunoco sought the contempt ruling against Gerhart, a 63-year-old retired teacher, in April 2018. The company claimed she was standing in front of construction equipment, setting fires next to the nylon construction fence, threw ground meat on workers and set out bait attract wild animals, including bears to the work site.

Zanic ordered Gerhart to stop doing that and set her bail at $25,000 in an attempt to assure her compliance. Gerhart kept trying to interfere with the pipeline work, however, and ended up with the jail sentence and fine, Leavitt wrote.

A pipeline security officer testified during Gerhart’s contempt hearing that Gerhart would stand nearby as workers were cutting down trees to force them to stop and would sit on felled logs as workers tried to cut them, the state judge noted. Those and other acts were filmed by the body cameras of Mariner East security officers. Several bears also were filmed going to the bait Gerhart set at the work site, Leavitt wrote.

Gerhart finished serving her jail term this past January, but still needs to pay her fine,” Leavitt noted. She rejected Gerhart’s claim that her sentence is illegal and excessive, finding instead that Zanic acted within the law in setting that punishment.

“Gerhart has neither established nor argued an abuse of discretion,” Leavitt wrote.

Although Commonwealth Court Judge Patricia A. McCullough wrote in a separate opinion that she was legally “constrained” to support Leavitt’s findings, she did give Gerhart some oblique support for her argument that she was protecting her property.

In that 2-page opinion McCullough restated “my continued belief that the underlying catalyst in this series of unfortunate events, the Mariner East Pipeline Project, is an unlawful taking of private property.”

Gerhart has been one of the most vocal and high-profile opponents of the Mariner East project, which crosses private land all across southern Pennsylvania. She and other landowners forced by the courts to allow work for the pipeline on their land have been battling the project, which little, if any, success, for years.

The courts repeatedly have ruled in favor of Sunoco in disputes over the enforced easements on private land.

Editor’s Note: Pay attention to that comment by Commonwealth Court Judge Patricia McCullough. This is how close to anarchy our courts are. We won this time, but next time? We’re often one whimsical vote away from a collapse of the rule of law, a Federal law that in this instance clearly provided for condemnation as a last resort to prevent a single community or project opponent to stand in the way of critical infrastructure fir getting goods to market. Fortunately, Lady Luck ran out for Lady Ellen Gerhart, the bear-baiter.