The Charles P. Crane Generating Station, a 400 megawatt coal power plant located in Bowleys Quarters, Maryland, 14 miles east of Baltimore was closed in June of last year and is proposed for conversion to a a natural gas-fired peaker plant. The usual suspects are opposed, of course. This is what I wrote about that to our Public Service Commission.

I am writing to you in support of the conversion of the Crane coal-fired power plant to a natural gas-fired peaker plant. I urge you and your fellow members of the Commission to support the conversion as it is now needed more than ever. If not for a recent family emergency out of state, I would have come in person to convey the following message.

Certain special interest groups such as Food and Water Watch and the Sierra Club are participating in large-scale activism to ensure the Maryland Public Service Commission denies C.P. Crane, LLC, the permit to deliver much needed electric power to the region.

Their current views are based on ideological beliefs that any power generation not 100% renewable is going to lead to increased global warming and emissions and that renewable technologies are now available. Neither of these beliefs is based on factual evidence. Rather, they are used to incite fear and misinformation among the lay public.

California and Texas have both demonstrated the need for peak power generated by other means other than renewable sources. These two states, among others, have faced hurdles generating power as needed. Both have a well-diversified renewable portfolio. Nonetheless, they have found themselves struggling to keep up with peak demand at one instant and having to pay neighboring states to accept the overburden of excess energy that is overloading the gird the next.  These instances drive energy prices beyond supply and demand.

Renewable energy has its place in the fight against climate change and I support it when it is a tangible and pragmatic solution. However, natural gas has proven to be a much cleaner solution than coal and is efficient to power on and off as needed to meet changing demands throughout the day, month, and year. Natural gas has reduced emissions nearly 13:1 compared to solar and wind alternatives and responds consistently to demand.

The conversion of the plant to natural gas can be done quickly as many of the components carry over from the coal-firing process, essentially, the fuel source is the only major change.

Opponents to this conversion are quite clearly seeking the ban on natural gas usage over any further argument. These same groups have led efforts to prevent fracking, new natural gas infrastructure, the Cove Point LNG Terminal and others in Maryland, despite the clear and abundant need for gas to heat homes, power our mass transportation and deliver inexpensive energy to our residents.

I simply ask the Commission to put facts before emotions when deciding. The need for peak demand power is greater than the overstated risks presented by the opposition. I am more than happy to present sources and testimony if need be to encourage the Commission to permit the conversion of Crane. 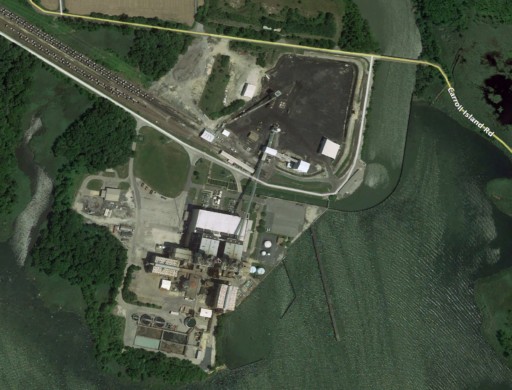 Editor’s Note: The fact the usual suspects are opposed to this common sense proposal illustrates the incongruity of those employing global warming as the excuse to impose a no fossil fuels ideology. Gas is essential to maintaining the grid if renewables are to ever play a meaningful part of it. We know that. They know that. What they’re doing is the dirty work of special interests hoping to make billions from corporatist green energy schemes that milk the ratepayers and taxpayers.