New Jersey’s already high electric bills are about to get higher. As the Governor proposes more renewables and subsidies, ratepayers will foot the bill.

People who believe that wind and solar power are lowering their electric bills should look at New Jersey. Garden State electric bills are increasing to cover the costs utility companies project for complying with state mandates to shift to renewable sources of energy, for making aging power grids more resilient as intermittent sources increase their share, for electrifying the transportation sector, and for increasing energy efficiency. New Jersey ratepayers are also subsidizing New Jersey’s three nuclear power plants to prevent their closing since they emit no carbon dioxide emissions but can provide continuous power. 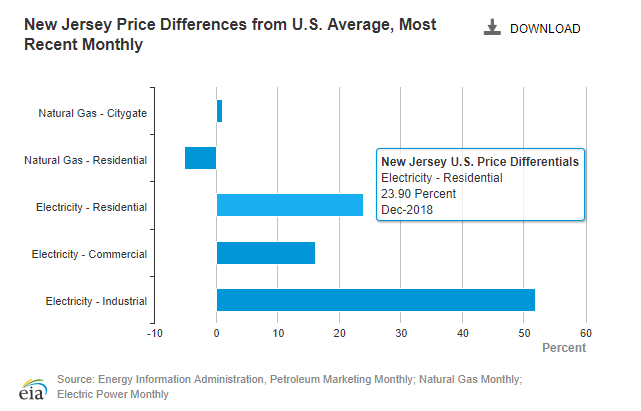 As a start, Atlantic City Electric customers will see typical residential bills increase by about $7 per month in April. However, New Jersey’s electric and gas utilities are still awaiting approval from NJ’s Board of Public Utilities to increase rates by over $12 billion. But this is only the start because these requests do not include offshore wind power, which the state is promoting. Governor Phil Murphy has a goal of developing 3,500 megawatts of offshore wind by 2030, which are expected to cost billions of dollars and require significant transmission investment. These rate requests also do not include subsidies for solar power, which have been previously included in the rates, taxing ratepayers about $5 billion.

According to the Energy Information Administration, New Jersey’s residential rates for electricity are the tenth-highest in the contiguous United States at 15.04 cents per kilowatt-hour. It looks as though they will be rising rapidly.

Both gas and electric utilities in New Jersey have accelerated spending to comply with New Jersey’s regulatory agency’s pressure to reduce outages and respond more quickly when they occur. Requests for increased spending include:

New Jersey is the fourth state after New York, Illinois, and Connecticut to adopt a program to subsidize nuclear reactors in service to help meet state greenhouse gas reduction goals. The NJ nuclear law, signed by the governor, could cost about $300 million a year. Nuclear power contributes close to 40 percent of the state’s electric capacity and is the largest source of carbon-free energy.

New Jersey has three operating nuclear power plants—all in South Jersey. The Salem Nuclear Power Plant is a two-unit pressurized water reactor located in Salem County with a capacity of 2,327 megawatts. The Oyster Creek plant is a single unit 636 megawatt boiling water reactor plant located on an 800-acre site adjacent to Oyster Creek in Ocean County. The Hope Creek Nuclear Generating Station is a thermal nuclear power plant located in Salem County on the same site as the two-unit Salem Nuclear Power Plant. It has a capacity of 1,172 megawatts.

New Jersey requires 50 percent of its power to come from renewable sources by 2030 and has a plan to build 3,500 megawatts of wind offshore by 2030. The state’s offshore-wind law provides that ratepayers will subsidize the development of the wind farms built off the coast by a surcharge on customers’ monthly bills. The cost of the surcharge will be determined by the Board of Public Utilities. The board is expected to decide on the projects that will move forward this spring in order for them to qualify for the federal tax credit that is due to expire by the end of 2019.

Some estimate that the cost of developing utility-scale offshore wind projects of the scope of those before the board will cost over $1 billion. According to the Energy Information Administration, offshore wind is one of the most expensive generating technologies in the slate of new technologies the agency considers, costing $6,542 per kilowatt to build and about 3 times the cost of a new natural gas combined cycle plant when operating and fuel costs are included. 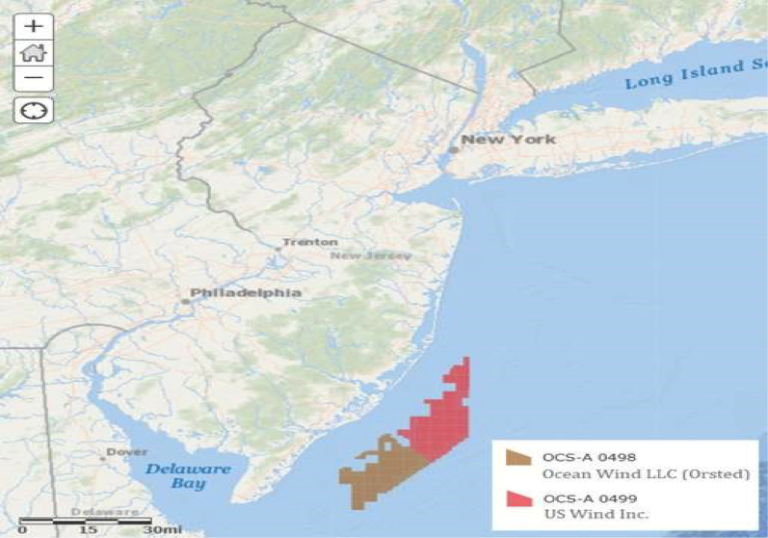 New Jersey electric ratepayers should plan to spend more on electricity bills as their governor signs more laws to push offshore wind, electric vehicles, energy storage, and electric grid modernization upon its consumers. New Jersey already has the tenth-highest residential electricity rates in the contiguous United States, but that does not matter to state politicians and renewable energy zealots. Ultimately, decisions to deliberately increase the cost of electricity for consumers will add to the burden New Jersey residents and businesses must carry.

Editor’s Note: Take a look at EIA reported New Jersey electricity prices for January this year and last for the three Middle Atlantic States. New Jersey is already well on its way to becoming flailing New York, while Pennsylvania is reaping the benefits of inexpensive Marcellus Shale gas to make electricity. If New Jersey facilitates the approval of the PennEast Pipeline it might be able to afford some of this renewables correctness, but without it…it’s as dead as New York. 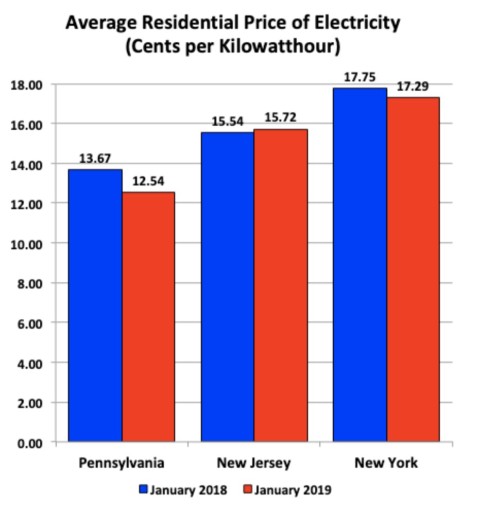