Cultural Marxism is spreading through Western Civilization like a cancer but it can be beat as this man from Nottingham Town shows us.

Nottingham, New Hampshire, located in the southeast corner of the Granite State, less than 50 miles from Boston, is hardly a place where one would hope to deal a blow to cultural Marxism. But, it’s happened. The repugnant CELDF, the faux environmental group that used fracking for about a decade as a bogeyman to advance its vision of a Brave New World with its leadership playing the role of Lex Luthor, just got slammed into a granite wall. More importantly, cultural Marxism  met its match in a small business owner willing to take it to court to defend the rule of law against the attacks of would be tyrants. 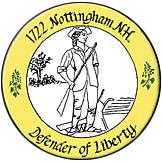 That small business owner is a fellow named Brent Tweed, who has a company called G&F Goods, LLC in the business of making mail order purchases and sales. He’s also someone who takes the Nottingham Town slogan—Defender of Liberty—seriously and, in that spirit, took the CELDF to the Rockingham Superior Court and won. The lawsuit was about one of the favorite tools of cultural Marxism used by the CELDF; that being a “community rights” ordinance superseding all state law, all Federal law and the Constitutions of both.

The idea is to give a municipality unparalleled  power to regulate or prohibit anything and everything, irrespective of individual rights. Here’s how Brent Tweed’s attorney, Richard J. Lehmann, described the lawsuit when filed in March, 2019:

“The ordinance completely ignores established New Hampshire law and seeks to create radical new powers for people to assert claims on behalf of the environment,” according to Manchester Attorney Richard Lehmann. “The language in the ordinance is so vague and so broad that there is simply no way for a reasonable person to know what he or she can or can’t do on their own property. The legislature never gave towns the ability to adopt this kind of ordinance and Nottingham should have known that this could never stand,” Lehmann added.

Brent Tweed is a small business owner in Nottingham. He said that he, “has no issue with people wanting to protect natural resources. But they have to go about it legally and should not do it in a way that leaves people open to harassment.”

“The idea of ‘ecosystems and natural communities’ having their interests represented in court by any individual citizens wishing to do is unusual, to say the least,” Lehmann said.

Enforcement of a similar ordinance adopted by the City of Toledo was recently enjoined by a federal court in Ohio.

“I just want to be able to go about my business in accordance with state and federal law, and not have to worry that somebody in my town is not going to like what I am doing and take me to court and ask me to pay damages for doing something that is perfectly legal. It’s not right and I felt like someone had to do something to make sure that didn’t happen,” Tweed said.

Here is the complaint, which includes a copy of the ordinance foolishly adopted by the Town of Nottingham and here is the Superior Court decision that, without using the term, dealt cultural Marxism exactly the justice it deserved. A few especially relevant excerpts follow (absent citations with some added emphasis and paragraphing to make the document more readable):

The NWA is a nonprofit corporation whose stated purpose is to “educat[e] the residents of Nottingham about local self-government.” Mot. Intervene at 2. As part of its education efforts, the NWA drafted a proposed Town ordinance (the “Ordinance”) asserting various rights of Town residents, including the rights to self-government, to a healthy climate, and to clean air, water, and soil. The Ordinance calls for an amendment to the State Constitution and to the United States Constitution expressly recognizing a “right of local self-government [to be] free from governmental restriction, ceiling preemption, or nullification by corporate ‘rights.’”

In addition, the Ordinance subjects any “business entity or government” that willfully interferes with the Ordinance’s asserted rights to “$1,000 per day of violation” plus damages for “any injury to an ecosystem or natural community caused by the violation.” In the event that a court declares the Ordinance unlawful or the Town’s elected officials fail to enforce it, its text purports to grant ordinary Town residents the power to personally “enforce the rights and prohibitions” asserted in the Ordinance. Id.

From March 2018 to March 2019, the NWA treated advocating for the adoption of the Ordinance as its “primary organizational goal.” After a “year-long community education campaign,” the NWA collected enough signatures to place the Ordinance before the Town electorate on the 2019 ballot. At its annual town hall meeting, Town residents voted to enact the Ordinance. To date, the Town’s government officials have refrained from enforcing any of its provisions…

The Petitioners have occasion to burn fossil fuels in the transportation of deliveries and in providing heat for G&F Good’s place of business. They also have occasion to dispose of packaging and other waste material, including paint and cleaning supplies that may contain toxic substances in a landfill or other disposal sites within the Town. The Petitioners allege the substantial penalties threatened by the Ordinance have chilled their ability to conduct the day-to-day activities of the business…

Nothing in the plain language of RSA 31:39 [New Hampshire statutes]can be read to authorize the Town to enact the broad governmental, economic, and environmental regulation provided for in the Ordinance. The Ordinance purports to assert a “right of local self-governance” independent from the State or Federal Constitution, stating that “the people of Nottingham have the right to alter or replace th[eir] system of government with one that secures and protects [the] rights” asserted in the Ordinance.

It purports to regulate the economic activity of corporations without reference to an enumerated power in RSA 31:39 and imposes fines in excess of the maximum “$1,000 per violation” allowed by the statute, including damages for unspecified “injur[ies]” to the Town’s “ecosystems.”

While RSA 31:39 permits the Town to protect “parks, commons,” and other “public institutions,” and to regulate in limited areas such as garbage removal, the lighting of fires, or the emission of noise, the statute does not grant the Town the power to engage in the kind of broad regulatory activity which an Ordinance prohibiting all “corporate activities that release toxic contaminants” would involve. The Court must conclude that the Ordinance’s regulation of areas unenumerated in RSA 31:39 was enacted for “purposes not embodied in an enabling act” of the State legislature…

The Court finds that the Ordinance does not provide a person of ordinary intelligence a reasonable opportunity to understand the conduct it prohibits. While Section 2 of the Ordinance imposes penalties for violations of its “provisions,” the Ordinance does not specify what conduct constitutes a violation. Instead, the Ordinance asserts five “rights,” each loosely defined: self-governance; a healthy climate; clean air, water, and soil; protection from “governmental” and corporate interference; and the right of “ecosystems” and “communities” to, among other things, “exist,” “flourish,” and “evolve.”

While the Ordinance specifies activities that clearly constitute violations, such as the deposit of “petroleum refining wastes” or “sewage sludge” within the Town, it also states that violations merely “include” such enumerated activities. That is, the extent of conduct falling within the purview of a violation of the Ordinance is far from clear to a person of ordinary intelligence. Accordingly, the Court must conclude the Ordinance is unconstitutionally vague and cannot be enforced…

Section 2(e) provides that where “a court fails to uphold [the Ordinance] or purports to declare it unlawful, the [Ordinance] shall not be affected.” It further provides that any “resident” of Nottingham may enforce the Ordinance’s provisions “through nonviolent direct action,” regardless of the courts’ pronouncements on the lawfulness of such action.

That last part needs to be read a few times to appreciate how drastic the ordinance really was. It authorized anarchy, which, of course, was the entire purpose. It was intended to create a foundation for cultural Marxism to not only take root but to also grow like the giant weed it is. The scary part is that the Town residents bought the scheme! They blithely accept the lie that the ordinance was about the environment when it it was really about giving cultural Marxism a boost; simply a prelude to some sort of soft socialist revolution. Ponder that. Thank God for individual citizens such as Brent Tweed who see through the smokescreen and are willing to stand up and confront the beast. 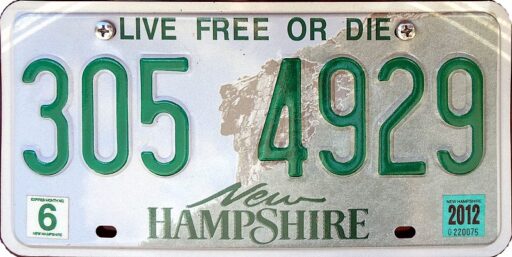 Fortunately, the state motto stills mean something to some people!