When DEP overreacted and shut down work on the Mariner East and other Energy Transfer projects it threw construction workers and their interests to the wind.

The moratorium on Mariner East pipeline construction hurt construction workers badly. It’s only now starting to be lifted here and there with DEP permits to proceed with finishing the project after more than a year of delay. There was no reason other than political correctness for the delay and it is our friends in the trades; construction workers simply trying to put food on the table for their families who have paid the price for Wolf Administration pandering to NIMBYs and green faced nincompoops.

The moratorium on Energy Transfer projects came after an incident unrelated to Mariner East that happened in 2018. It slowly ground much of Pennsylvania’s oil and gas pipeline construction to a halt with very negative impacts on construction workers. 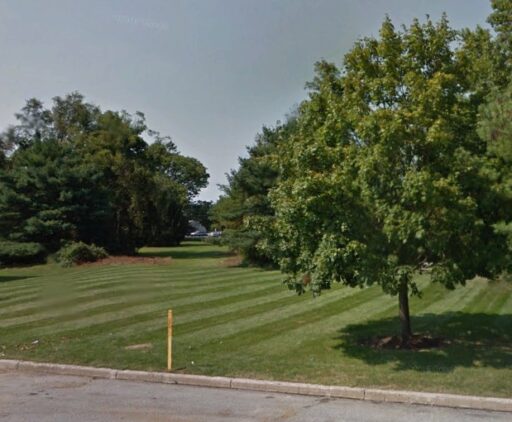 Construction workers built this nice looking infrastructure and made a good living doing it. A Pennsylvania moratorium, though, cost them big-time.

How do we know this? Well, Bureau of Labor Statistics data, for one thing. We know construction workers in Berks, Cumberland and Westmoreland Counties, for example, had to shut down work because of the lengthy moratorium and those counties are among those for which the Bureau of Labor Statistics maintains detailed data on employees and wages. When we visit the BLS website, and the related PAWorkStats site, we learn the following

No further explanation is necessary, but also consider these remarks by James T. Kunz Jr.,  the business manager for the International Union of Operating Engineers Local 66.

Energy Transfer’s projects have been a driving force behind the energy infrastructure build-out and revitalization necessary to support the vast benefits of the energy boom taking place here.

From the Marcellus Shale fields in Western Pennsylvania to the processing facilities in the state’s southeast corner, the company has made billions of dollars in private investments, namely through Mariner East and the Marcus Hook Industrial Complex. The two projects, working in tandem, have created thousands of jobs for skilled labor, brought in significant tax revenues for the state, and generated real energy savings for consumers.

The job opportunities created by these projects can be seen in Pennsylvania’s growing union membership rates, which buck national trends of falling membership.

Moreover, Energy Transfer has made a point of engaging with local communities. Partnerships with the Special Olympics of Pennsylvania and funding for volunteer fire departments and various community projects are valuable boosts to our communities, which the editorial overlooked but shouldn’t be ignored.

And, here are some further thoughts from Jim Snell, the business manager of Steamfitters Union Local 420:

Now that the Pennsylvania Department of Environmental Protections has lifted its block on the release of permits related to Mariner East, construction on the pipeline can finally resume and workers can return to their jobs. While the project so far has brought numerous benefits to our local union members and residents across the state, completion of Mariner East is critical for Pennsylvania to realize maximum benefits from the energy industry…

One major benefit of Mariner East construction is its employment of local labor union members. The pipeline was projected to generate more than 57,000 direct and indirect jobs during the construction phase and approximately 350 to 530 permanent positions throughout Pennsylvania. Steamfitters who live in communities in southeastern Pennsylvania have been direct beneficiaries.

Some opponents of the project love to call these jobs temporary, but what construction project is not meant to be temporary? These workers have received the best training available to work on many of the so-called “temporary” construction projects that Pennsylvanians use every single day. They are proud to build this project and the other infrastructure projects necessary to help support the growing energy industry and ensure that the continued safety of our communities.

Moreover, that view ignores the long-term opportunities that pipelines bring, like support for the Marcus Hook Industrial Complex and other similar operations along the line.

Pipeline workers live and raise their families here, and they take great pride going to work in the morning and coming home for dinner each night, knowing the positive impact of their work on our commonwealth.

When the permit hold was put in place, construction was halted, meaning many workers were idled as well. Now, with this hold lifted, all of them look forward to getting back to work…

The boon in Pennsylvania’s energy industry is still in its infancy. Completion of Mariner East will allow the state to see the big picture of what the industry has to offer — lower energy costs, more jobs, and increased tax revenues, not to mention increased economic activity across the state in countless spinoff industries. That’s why it’s so important to get back to work.

Who couldn’t agree more? But, it’s a damn shame for his construction workers that it took so long and cost them so much.